It was a peaceful day in Cakia, aka the continent of dragons. When suddenly a northern city went up in flames. The citizens of Fernma ran from their burning city. When they finally escaped the burning wreckage, 3-year-old Kinkajou looked back at her home engulfed in flames. Little did she know that her life just changed forever.

Twelve years later, Kinkajou was with her best friend Leopard. They were looking for the place their friends, Mango and Orchid, had told them to meet at earlier that day. After about an hour of waking, Leopard said “Look there’s the clearing!”.

They stepped into a clearing where Mango and about something. “What is it?” Kinkajou asked.

“We want you two to join, wait for it……………….The Winged Riders!!!!” She exclaimed enthusiastically.

Then Orchid and Mango explained how their friends Coconut and Lemur were also in the somewhat of a club, they then told them what the Winged Riders was.

“It’s pretty much a group of people who save people from the Raiders, riding dragons!” Mango explained, “We’ve been planning this for a year or two, training with Vine, and planning the base with Lemur, stuff like that.”

This was their way to be a part of something bigger than themselves and Kinkajou was interested.

It began four years ago when their city was destroyed by Raiders. The people who call themselves Raiders wanted resources, their resources. But the people of Fernma lived because they knew the rain forest better than anyone else.

Kinkajou was one of those people. She was only three when the Raiders came, but she remembered it very well. Her home, a hut in the tall trees of the rain forest. She also lost all their resources like food, clothing, and she nearly lost her pet sloth Fluffy. The people of Fernma also lost all their allies because they had to run deep into the forest very quickly. No one knew where they had gone.

Now, standing with her friends Leopard, Mango and Orchid, this idea of the Winged Riders sounded like an opportunity for revenge. For all the lives and the suffering of her people. 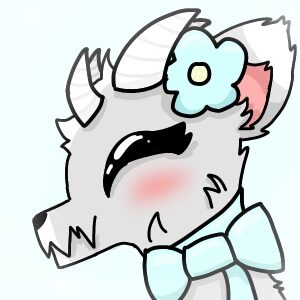