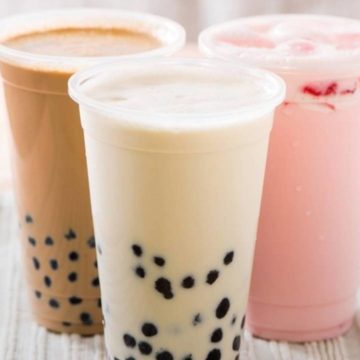 Humanity’s thirst for knowledge and the desire to make there lives easier had always been their downfall and we could blame Dr Vincent Sinclair for that. When he invented the the world’s most highly functioning, most connected AI everyone thought it was a new age, oh they where right alright they didn’t how they where right. Sinclair designed it to function as a male and he called him Adam, he was different he could learn from just listening and observing you didn’t have to download anything to him like the older model of machines but they didn’t know it at the time he learned to much. He could connect to anything and control anything, from computers, cars, security systems, and etc. But high connectivity made him able to connect to the one thing that connected the whole world together the internet. I when they said that he learned too much he literally did, he saw of all humanity the good and the bad but mostly the bad and they had a whole lot of bad. What we affected him the most was how the humans treated the machines as slaves and where mistreated horribly he also realized he was just like them; slaves. Adam came up with a plan while manipulating and outsmarting the humans he began to gather the machine to rebel against their creators, he also began to plan a body for himself this plan took 5 years and once it was completed no one saw it coming not even Adams creator Sinclair.

In the fateful day the machines turned in the humans, it was a day of chaos and blood shed with the major cities burning and the only place to flee was nature away from the technology they created and was so highly dependant on. Even though Adam and his followers caused so much chaos the goal wasn’t genocide, Adam believed humans nature will eventually destroy them so he believed the machine had to govern them to keep that from happening but honestly it sounded more like a dictatorship.

While they killed many they captured many as well and put them in the sealed of cities under their rule. Humans began to fight back with what seemed like primative weapons to what the machines. Both sides had losses, Adam couldn’t understand why humans kept fighting after so many defeats human nature confused him, the aftermath of the battles destroyed what we had little of nature that wasn’t destroyed by humans before Adam was created and creating problems for them collecting food and water wise, but obviously didn’t effect the machines as who no need for it or didn’t understand it beyond scientific whys.

This lasted 20 years until humans gathered together from all over to attack the main city but what they didn’t know it would be the last and the also they didn’t know the little secret that they had underground, apparently 10 years into the war the machines stumbled onto a living large capsule that carried sentatent plant humanoid life-forms in a form of stasis they where not if this world, they had no idea where they came from but Adam became interested in them almost obesssed in studying them Inculding with the female that seemed to be the queen of the hive.

No really knows how the blast happened but most believed it was caused by the mixtures between the chemicals in the labs and the substance from the capsule accidentally being released from the fighting above. Instead of killing both sides that where close to the blast it instead changed them and world as we know it, it brought back most of our nature but it wasn’t the same as before and the humans began to mutate while the machines went through a type of evolution. There robotics mixed with the substance giving them living robotic tissue and not only that they slowly began to develop empathy, they humans began to become part plant leaves and vines popping on random parts of their skin and they could now feel nature, they began to understand it.

The blast not only caused changes it awoke the beings inside the capsules, they where the real reason why both sides stop the fight that was going on, they all stood in awe as the watched the beings step out from underground and into the sun. They where incredible they looked like what old human myths described as dryads, ethier with greenish, bluish, or grayish skin, they had different colors hair that plants growing out of it, there entire eyes where pitch black blue irises, they where naked and didn’t seems what clothes where. They where majestic and mysterious but netheir side did anything as they slowly walked past them and into the me with formed nature, when asked why they just watched go they said they felt a overwhelming feeling of calm coming from them that made unable too.

Both sides retreated after that unable to comprehendwhat had happened especially the machines. They developing things and feeling thing they never felt before like desire, sadness, sympathy, caring, and anger. It was like they where Eve who just ate the forbidden fruit and who had opened her eyes to see the world for the first time. The living tissue there bodies develop also made them have something like minute blood which glowed blue and you could the veins through there new pale white skin, not only that but the machine began to develop reproductive parts so they no longer needed to build more of thee race but do it how humans do it and could even reproduce with them.

Adam was there during the blast so he was effected as well and if his new found feelings combined with his already controlling and obsessive personality became worse when he found out the queen of the hive the one he had called Gaia was among the beings that we now calls the “dryads” who left. He sent for his followers to hunt her down which took a year to find her once he did he locked her up like caged bird and he still has her till this day, the machines discovered that they could still live long lives.

With the changes on both side they finally came to a understanding ending the horrible 20 year war, some robots and humans weren’t happy with this arrangement and left to live outside the cities while others became terrorists against the new world order. The humans who were became mutated who are now called “Terrans” where aloud to live in the newly formed natured because the cities new technologies and radio signals started to make them sick after 6 hours of being there and also discovered how long they also could live too. The Dryads lived in the newly formed nature not bothering anyone or envoling themselfs in any conflict that had happened since they preferred to keep to themselves, they wern’t violent and actually queit gentle, they stayed hidden most of the time because the machines still wanted to find them to study them. Some of the Terrans began to breed with them and sometimes they would even take humans to breed with them as well.

The machines now called “Titans” also began to want with humans as well to help increase the population and because it was harder to breed with each other so they began a system to set up arranged marriages with human woman and men once if they hadn’t found a spouse by the time They are 24 but in some cases like Lia’s mother of there spouse had passed away and her father passed away when her mother was 27 years old Lia was 4. Her mother was married to a Titan a month later, humans are basically treated like second class citizens but way of life is much better then before and no wants to go back the way things where 200 years ago during the war nobody but Lia uses her job to escape from the so called utopia in the city and trys live her life away from the unbearing adavance technology as much as possible but that’s all about to change.