Amelia struggles with the death of her big sister. A story of healing and finding joy after pain 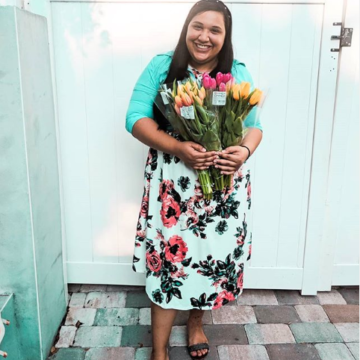 I remember everything about her. From the flicker of her laughter to the way she rolled her eyes when she was being teased. She was an enigma. Nothing seemed to bother her. And even after three years, I can’t wrap my head around the fact that my sister is gone. From her amber flames for hair, to her need to argue with television show hosts;She was everything I was not. I was fourteen when she disappeared from our lives so suddenly. My parents wouldn’t tell me what happened, but I know. I read the newspapers behind their back.

“Seventeen-year-old Dover High school senior, Olivia Devereaux dies in a landslide on State Rd 180 days after graduation. She was accompanied by fellow Seniors Alex and Dorothy Freedman, Peter St.James, and Maya Riviera. St. James and Riviera were both brutally injured. However, all other passengers survived the unfortunate event.”

I remember feeling angry at their choice of words. She died because it was a freak accident. It was just another unfortunate event. And the rest of the world moved on with their lives as if it never happened. That’s how it felt. It was as if someone had just turned off the radio and took away all of the music in the world. And I was left with the awkward silence and the fear of creating more chaos with the eggshells left underfoot. And even as I tried my best not to create any more cracks in our already shattered floor, eventually, the floor just fell out from underneath us.

My Dad left us two months after the memorial service. He said he couldn’t “handle” the way that mom was grieving. We both knew that it was an excuse. He’d always had one foot out the door, whether he’d like to admit it or not. Mom was just too tired to fight. So, I sat at the foot of the stairs and watched him leave. He kissed me on the forehead.

I nodded and stared at his worn leather shoes. I didn’t believe him. He wasn’t just leaving me. He was leaving Olivia. And that felt so much worse. Darkness settled in my stomach as I watched my dad shut the door behind him. I ran to the window and willed him to turn around, to see what he was leaving behind. But my father was not that kind of guy. And just like that, he left us to pick up the pieces. He left me to hold everything together. And now he has a wife with fake ***** and a stepdaughter who pretends she doesn’t hate him so that he’ll give her money. I guess he got the life he wanted. At least that makes one of us.

It was the last day of my senior year when I saw her again. Olivia, in all of her glory standing in front of me as if she never died.

“Amelia…Wake up sleepy head. You’ll be late for your last day of school.” Her voice rang as clear as a bell in my head and my heart dropped a hundred stories in seconds. My eyes snapped open, but there was no-one there. I was just hearing things. I nearly choked on my toothbrush when she reappeared in my bathroom mirror. Her red hair was unruly and her hazel eyes were bright with life. My stomach was in knots and I was sure I was going insane.

“Are you really going to wear that on your last day as a senior? Don’t you want to be remembered?”

I looked down at my outfit in dismay. I wore a tan cardigan over a striped t-shirt, jeans, and Doc Martens. My auburn hair was too straight to do anything with, so I wore it in a ponytail. I didn’t really like makeup, so I just wore mascara and chap-stick. I wasn’t looking to be remembered as the girl whose sister died days after graduation.

“Yeah, I figured…” I looked up and she was gone. Again.

I was frozen there for what seemed like hours before my mother’s tired voice echoed through the door and shook me back to reality.

“Mel it’s almost fifteen after. Are you okay?”

The last day ended without another Olivia sighting, so I just chalked it up to eating too late. Or maybe I needed to stop falling asleep to the sound of the TV. But then, I saw her again weeks later on graduation day. And this time she stayed. And this time I was sure I was going insane.

I stood in front of my closet. Nothing was working and I wanted to look good for graduation. It was the one time I’d probably see mom and dad together and I wanted to take pictures, so I’d have proof that they even showed up in the first place. But nothing in my closet was working.

“Try something of mine.”

Her cheery voice startled me and I nearly fell into my dirty laundry hamper.

“Don’t worry. I’m not haunting you.” She smiled. “I’m just a figment of your imagination.”

“You needed me, so I showed up.” She shrugged her shoulders and looked through my closet with a look of disappointment.

“I know you were young when I died, but I thought I at least taught you how to dress in less…beige.” She clearly disapproved of my choice of wardrobe.

“Let’s see what I’ve got. Mom still has all of my stuff, right?”

“But she doesn’t like it when I go in there. she’ll be really upset if she finds out.” I uttered in hesitation. I was not ready for one of mom’s breakdowns.

“She’ll never know.” She winked at me and walked towards her room as if she never left it. As if she had been living in it for the past three years.