Could this be real?

This is my first book please do tell me how I do. This girl named Kaiko Jamichi is a princess and is forced to be a war weapon with out knowing that she was royal. Nor does her father know that he has a child. She is forced to go through heartbreaking, action packed, and romantic adventure that will get her to be free. At one cost.... 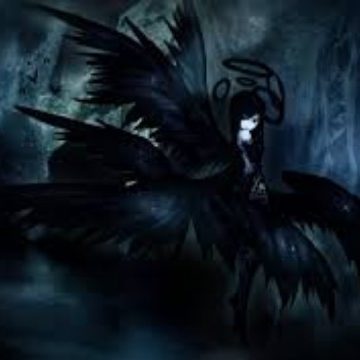 Have you ever thought of could this be possible and but then what? If so you’re not close to being alone I definitely have. I always do I mean it is my favorite thing to do. Now then let’s get to the point. The way of life and the way I look at thing since I was born. Well when I was being born something went wrong and my life took a twist. A group of people took me and my mother to a military camp and there is where things get hard. Once I came off breastfeeding, I was only allowed 3 to 4 minutes with my mother once a month. It was sad and hard on me because any other time i was training to be a tool for the country to use. And you wanna know the worst part, my father was the one to come up with the plan but never knew that his daughter was it and he even thought I wasn’t a girl. My mother ran from my father because she at first thought that she would have a miscarriage instead of a living baby. The reason behind that was that while she was sleeping one of the maid at the palace lit an ascent and ruined my mother’s inside baby making process so that it would make it be almost impossible to have a kid.

So here I am working hard to even live for the country is preparing to put me in a god forsaken event that will go down in history. Oh and my name is Kaiko Jamichi. Let me give you a inside of what I will never forget because I have a photographic memory. So when i was one I had to fight men that were like 30 or older to be a killing weapon for them to use. I was told to show no mercy while I was just one. I didn’t even know how laugh or cry not even anger I wasn’t allowed to feel. My mother was always cleaning my wounds when I got to see her. Nether words I never had a real conversation. No mother daughter time so i didn’t know that feeling or any other at this point. Any ways that training was vicious toward me I had to even remember to stop take a break rest or eat or even just to see my mother. For the short amount of period I didnt even notice that they didn’t care that I alive.

That tedious work I did was for nothing is what I thought at first. But then it all dawned on me that I have a purpose and I am not just a punching bag. Oh you must be wondering what I mean by that well I just let them punch me hard and only gave them a little challenge to get better you know. So when I started to fight back they got easier to hurt and I didn’t get wounded as much and that caused a train reaction. I received no more time with my mother. Here’s the best part, the person put in charge of my training he was navy not army!

“So now then my brother got a promotion and so you will be under his order.” he told me. “Sir is that necessary,” I asked so idiotically and without a care. “That is an order you got that now then haven’t I told you not to talk back” He screamed at me as he struck me. I was at attention so I couldn’t of dodged his blow that sent me flying across the field. Everyone there just stood and watched beside one.