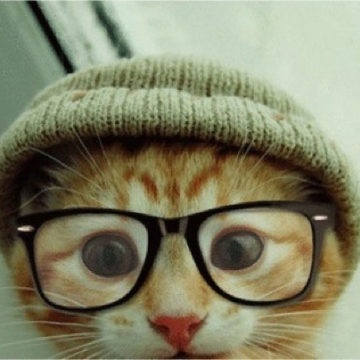 Two hours later, I am hobbling out of the emergency room on crutches with a black cast on my foot, Atlas by my side. I’ve never used crutches before and it’s even harder to get a hang of with the heavy plaster cast throwing me off balance. Trying to hop over a curb, my cast catches on it and I topple over. Thankfully, Atlas catches me before I hit the ground.

“Thanks,” I mumble. This is so frustrating.

“No problem,” he says, handing me the crutch that I dropped when I tripped. “You sure you don’t me to carry you?”

“No, I’m pretty positive. This is mortifying enough.”

I am trying so hard to remain cheery, but it’s proving to be pretty impossible right now.

“It would be a lot easier, but if you say so…” he says grinning.

That grin is really annoying.

“I say so. And wipe that stupid grin off your face. I have crutches and I’m not afraid to use them. From my height, I can easily use this crutch to hit you someplace very painful.”

I’m not joking. At my current-and disappointing-height of 5’3” and Atlas’ height of what I’m guessing is 5’11”ish, I could easily hit him pretty painfully in the balls.

“Noted,” he says, struggling to replace his grin and laughter with a scowl.

I mutter, “Idiot” under my breath and pick up my pace, somehow beating him to his car.

I am not in the mood for singing right now and I think Atlas realizes the same trick won’t work twice on me.

I give Atlas an address that is a couple blocks away from my house. It’s a much nicer block than mine so Atlas won’t think I’m some poor bum and plus, I don’t want him knowing where I live just yet. I can’t stand it when people treat me like a charity case.

The ride is silent, both of us in our own little worlds. When we pull up to “my house” Atlas parks in front of it and I unbuckle and gather my stuff. As I am about to open the car door, Atlas grabs my arm.

“Nix, you know you can talk to me, right? Whatever’s going on, I am here and I’m not going anywhere” he says, trying to lock eyes with me.

“Yea Atlas sure. Tell your uncle I say thank you.” I snap, shrugging his hand off my arm.

“Hand me your phone.”

“Just trust me will you?”

Fine. I unlock my phone and hand it over. I watch as his fingers fly over the screen. After a minute, he hands it back. He was on the contact app and pulled up is a new contact that I didn’t have before. His contact information.

He put his hands up in surrender.

“Ok, see you tomorrow then.” he concedes.

I awkwardly get out of the car, fumbling with my crutches and backpack.

I watch from the curb as the Jeep disappears from sight. Looking down the street towards my Aunt’s house and my cast, I can tell that this is going to take a while.

When I finally reach my Aunt’s house, I find Aunt Suzy spread eagle on the couch, sound asleep with a wine bottle in her hand. Of course. What did I expect? That she would be there, not a drop of alcohol in sight, to hug me and tell me it will be alright? No. I can only rely on myself.

After an incredibly awkward trip up the stairs, I throw my backpack on my bed and collapse on the floor. I fish my phone out of my pocket and stare at it. I really want to talk to someone, but the one person who would sort-of know what I’m going through is Selene. And Selene definitely does not want to talk to me right now. Maybe I should just call her and see what happens.

The phone rings once and then goes directly to voicemail. Well, guess that answers that question! I don’t think leaving a voicemail is a good idea-I’ll probably just make her even more ******. Maybe tomorrow I’ll try to make things better, but for now, I think I’ll just focus on one thing at a time. For right now, I think my homework would be a good place to start.