cLosers is a series of chapters, chronicling the story of two slacker friends who work at a dead-end job, with nothing to fill their time but conversations about what's most important in life. Comics, video games, relationships, and online pornography. 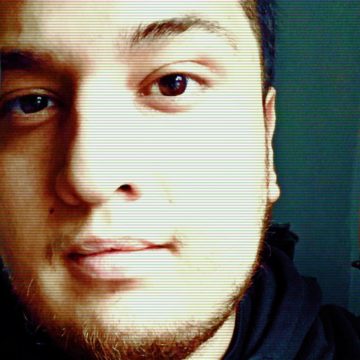 It’s important to clear this up, before getting judged. I have ambition. In fact, given the opportunity and the financial aid to, I would be glad to attend a college and finally perfect my craft. That craft being, the love of art. My ultimate hope is to one day, create art of my own. Maybe draw for a comic book. That would be the dream. Show them how Iron Man is supposed to really look like, or I’d be okay with even degrading myself to drawing for an adult comic book. That dark part of comic books that no one talks about, needs love too and I’d be happy to contribute, with unrealistic breasts that upon second glance, you’d think they were swarmed by a horde of angry bees. I have ambition. With that said, I work at the same local sporting goods store for the past six years, and not for a lack of trying, I decided to stay. I’m good at ridding myself of any good ideas to move forward with my life, with a sobering amount of cigarettes that uplift my mind from my body and a shallow mantra I repeat to myself in my car, before heading inside the always empty store.

“Next year. Next year I will quit. And I’ll do better. This isn’t my fault. I just need to breathe.” I uttered to myself.

“What are you talking about?” I hear someone beside me say. I open my eyes, after concentrating for the past three minutes and look to my left. It’s my best friend, Jim. He’s been working alongside me for the past six years as well. We wouldn’t have been friends if it weren’t for similar interests. Comic books, video games and although we argue about this from time to time, we have a strange attraction for amazonian looking women. I realize I’m in my jungle of a mess of a car. Still. And I also realized that Jim was sitting next to me, having been quiet for quite a while.

“Jesus.” I rolled my eyes, reaching for my phone, living in a cookie crumbed, coin laid foundation, cup holder. I slid it open and my eyes were immediately violated as I squinted. I looked like a baby waking up for the first time, yawning and almost crying. For a different reason other than needing milk. I really didn’t wanna go. And milk wouldn’t be so bad. It was then I remembered just how high I was.

“Weren’t we supposed to go in at one thirty?” Jim clarified.

“******.” I said. The two of us sat in silence. Now would’ve been the perfect time to climb out of the car and make out way inside. Keyword being: Would have.

“So… I talked to Vanessa.” Jim said. What I should have said was:

“Look, we really need to go. We can talk about it when we’re inside.”

I wasted no time, chiming in, instead.

“Yeah. The two of us, just agreed. The timing was off between us. We can never really get it to work.” Jim was somber in his tone.

“You don’t know anything. You have sex with a doll.” He threw back at me.

“Right.” Jim said. “But you know what it really was? We never communicated the way we should have.”

“It’s one fifty three.” I reminded him.

“Should I elaborate?” Jim said.