A supernatural Fan fiction with my own twist. It takes place in season one and although not exactly canon, many original characters will be present. I thought it would be interesting for Dean and Sam to have a sister much younger than them. Enjoy! 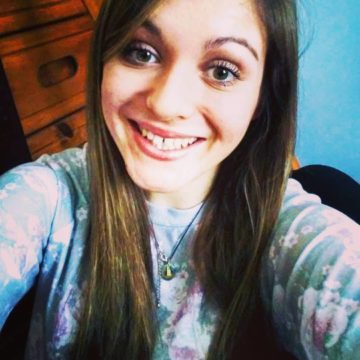 The drive to Illinois was quiet. Athena held her teddy bear close to her chest as silent tears dripped down her face, Sam and Dean had another argument. She didn’t understand what it was about. But it was enough to make her upset. She hated it when her older brothers fought and to make things worse, their Mother was killed last week. Athena still remembered the smoke rings above her bed. The terrified look in her Mother’s eyes and screaming through the flames ‘I love you!’ then her form fading into ash. The youngest of the Winchester’s, while Sam was the middle child that kept the siblings together. The glue. Athena couldn’t keep silent anymore. The silent tears turned into a heart wrenching wail “Mommy!” The car swerved at the outburst. Dean nearly losing control of the wheel.

“**** it!” Dean slammed his hand against the wheel. After he managed to get back into their lane, to make matters worse he heard sirens behind them. “Right, sure, sure. I should have suspected as much.”

Sam shook his head “Just pull over Dean and lets get this over with. We need to find a motel anyways,at least until Bobby’s free to take Athena for a few days.”

“Yeah, yeah.” He grunted pulling the Impala over to the side of the high way.

Athena continued to cry but her weeping was much quieter now. Sam looked over his shoulder at her and tried to calm her down “Hey, hey it’s okay Thena. Look at me, we’re still safe. Soon you’ll get to see Dad alright?”

“What? No, no of course not. Now we just need to talk to the nice officer here… and we can get to a motel.”

Dean sat at the wheel with a sharp scowl, rolling down the window. It was the beginning of a long night.