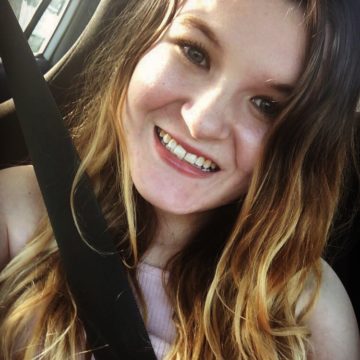 “I blink as I take in my surroundings , a dull town that was probably one upon a time striving with people . I try to picture my mother in this boring town. My mother was never the boring type, she liked to get things done. She travelled everywhere, she hated being stuck in one place for too long. She bounced from one job to the other. She had me at a young age instead of complaining and giving up on life or devoting her time to be a full time mother, she picked another choice to continue her amazing adventurous life. I was always trying to keep up with her friends and careers. She shed friends like they were outdated because the next friend she introduced me to was more glamourous then the last. They were more fake each time . My father never kept up either . We kind of didn’t bat an eyelid when she introduced us to them . They looked at my father and I in a way that said “ Surely she could do better” . I looked at them thinking “ is that diamond real” . I gave each of them a bright smile offering them way too sugary drinks.

Now I’m twenty three . Single. Unemployed. “that is so Cassandra” My father would say . Cassandra was my mother’s name. She died when I was 18 . I still remember the day . Middle of winter. Snow was falling thick. We were driving in the families mini van . it smelt like it usually did , cheap takeaway . I was arguing with my father. I wanted to go to Yale but he wouldn’t let me . Since we were five minutes away from home , I demanded to be let out of the car . After demanding ten times he sighed and pulled over . I got out of the car slamming the door . My father was angry, when he is angry he speeds . My mother and I joked about him gonna kill us one day , my dad just laughed and said “ no way” and hugged us . The car was going too fast and the road was slippery . They crashed into a tree. The tree I used to climb as a kid , That tree had childhood happy memories however they were ruined from that one moment. I remember running . slipping a little bit , as I went to access the damage . the car was destroyed and as I ran closer I saw the scene. Bile rose in my throat . My beautiful mother was laying there broken as blood clotted her golden blonde hair . My father was bleeding beyond control . With great difficultly he murmed “ I’m sorry” to no one in particular . In that one moment my perfect life was destroyed . Goodbye Yale . Goodbye Saturday Family dinners.

“ well Tori, wake up and put on your dress we have a party” said Caroline coldly . I noticed her hair was in a sleek bun and she had a black silk dress on again with her diamond statement necklace and then she left me to my nest of blankets and pillows. It was soooo warm… Sighing I get up and see on the chair in front of the mirror is a shopping bag . I stare at the contents a ice blue strapless floor length silk dress and a pair of back stilettos. I look at my comfy white sneakers debating if I could wear them but I knew that was out of the question . stripping my outfit and basically my personality off . I slip on the dress . it feels wrong . too silky , too different . to not like me. I fasten the heels wobbling a little as I tried to walk in them . I looked like my father . I had short chocolate brown straight hair and I had brown never could decide if they wanted to be green eyes and short stubby eyelashes. Feeling like an imposter, I walked down the marble black wraparound staircase . All fifty or so people stared at me and that’s when the whispers started.

“ she looks too cheap”

Blinking back tears I pushed past the throng of people and started blindly running in nowhere in particular. I was freezing and alone and scared and the streets were long when I passed a small building that read” bar of troubles” huh strange name but it seemed perfect . I almost passed it completely. I strode in thinking I could drink away my problems. Everyone immediately looked at me , everyone was wearing black . Great even here I didn’t fit in . Ignoring the looks of everyone I sat in a bar and stared blankly at the walls.

“ you know , you are supposed to be wearing black” said an attractive blonde haired green eyed boy.

“ guess I missed the memo. “ I said sarcastically

“ don’t worry happened my first time here” he said laughing . His laughter was so carefree and easy . I soon found myself laughing along.

“yeah I was wearing a highly inappropriate shirt. Long story” he saidlaughing a little

“it always is” I said laughing . People were now staring at us probably trying to figure out why we were laughing at a deadly silent place. It was a private joke though. My new friend looked at me with curiosity.