The Game of Eternity makes pawns of man and fey alike, and a new war will soon begin. It is Mictlan Festival, the highlight of the religious calendar; a time when the spirits of the dead return to their loved ones. But when the High Sage is assassinated in Terrahgonia's' capital city and war is waged, a traitor, a godless emperor, a jaded former assassin, and a sheltered princess must secure the future of the powerful empire. 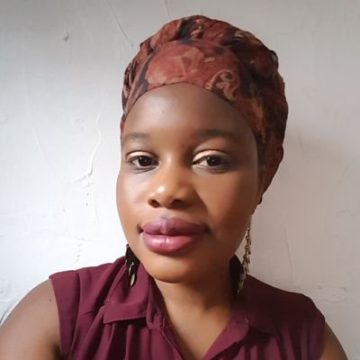 Jamie sweated profusely, and it had little to do with the humidity. This was it. The day of reckoning starting the chain of events leading to the beginning of the end.

He stood amongst the commoners beside his mentor, Mila the Undying, as the procession passed. Mila spared him a brief glance and Jamie flexed his hands in anticipation. The window of opportunity came and Mila nodded at him.

Someone had posted four guards behind a large clock tower. They had the perfect vantage point for Jamie’s needs.

Guards were posted by the barriers that prevented the crowd from disrupting the procession posted Guards. The guards were armed with swords and magickal stunners and wore leather armour emblazoned with the royal crest in gold and strange hats.

Jamie reached out with his magick. It hooked into the guard’s heart and extended to his blood and very being. Jamie’s vision was foggy for a moment and his chest felt heavy. Good. That meant it firmly anchored Jamie to the archer.

Jamie’s vision cleared. He was able to see the Mictlan Festival below from the perspective of the archer. The city of Cythera was alight with flickering candlelight and a multitude of colour from the twinkling ka orbs. Ka orbs were the energy within those wielding magic made manifest into orbs of light.

Jamie saw himself and Mila amongst the commoners as the High Sage’s float passed by the clocktower.

They had adorned the passing float in red and gold silks, with the golden sun emblem of Atenism and rays of light extending out into hands. The High Sage, an elderly woman with kind, mirth-filled eyes, waved regally. High Sage Narcisa was the symbol of hope to many Atenists across the continent. Jamie didn’t know if he had it within him to extinguish that hope.

“I’m still not sure we should do this,” Jamie said, shaking his head. “Not to her.” Controlling both bodies was necessary to just another harmless spectator. It was not as difficult as in the past but awareness of senses in both bodies was peculiar.

“Once again, you are forgetting the bigger picture,” Mila said. With much of Jamie’s concentration on the archer, Mila’s voice was distant, but he heard her, and clenched and unclenched his hands. “Do it.”

Jamie had not forgotten. How could he forget the importance of the Game of Eternity? There was a price to pay for the unique power Jamie wielded and there was reasoning behind the madness Mila wished to incite.

Jamie flexed his hands and guided the guard’s crossbow towards his target. Since he saw through the guard’s eyes it was easy to get an angle.

Jamie took a deep breath and prepared himself for the fight of his life. He forced the archer to release the arrow and Mila collapsed. The arrow had pierced her between the eyes.

Jamie severed the link with the archer and grimaced. Mila would not stay incapacitated for long.

Gasps fluttered across the crowd. Some recovered quicker than others, and soon after, people were running around in a stampede.

Guards were dispatched closer to the High Sage’s float and apprehended the archer in the clock tower. The people surrounding Jamie pushed and shoved, and Jamie saw a man remove the arrow from Mila’s head. As extraordinary as she was, Mila bled like anyone else. That was enough to make Jamie smile.

As the man beside Mila raised his head, a promise of pain flashed across narrowed eyes. Jamie did not wait for Phoebus to carry out that promise.

Jamie pushed through the panicked crowd. As he raised his head toward the High Sage, one of the guards plunged a dagger through the High Sage’s heart. Jamie froze. Of course, there was a backup plan. How could he be so foolish to believe one renegade could make a difference?

Pain thrust through Jamie’s leg as a blade cut through his calf, and he cried out. He stumbled and fell to his knees. Why hadn’t he seen that coming? Jamie rolled away to avoid another strike.

“Have you any idea how foolish you are being?” Mila asked. The wound on her forehead had healed. Only her ego had been damaged.

Jamie latched his magick onto the surrounding guards. His stomach and chest churned painfully. He had never wanted to lose Mila’s respect. Jamie clenched his hands into fists and their arrows flew towards Mila.

Mila dodged two of the arrows but one impaled itself into her shoulder. She made a barely audible grunt, keeping her venomous gaze on her prey. Rule one: never lose focus on your target.

“What you and the Brotherhood are doing is wrong,” Jamie said.

“Right or wrong, the game of the gods will occur,” Mila said. “You can choose to be a pawn, or you can take the power that I thought you deserved. I was mistaken.”

Jamie clenched his teeth. He didn’t appreciate her talking that way to him. He had only wanted her respect. Now he had lost it.

Mila unleashed a throwing dagger from her left hand. Jamie extended out his magic, crossing his arms in the shape of an X. This caused the two guards to come together and shield him as he laid on the ground.

One guard crumpled to the floor, blood pouring from his neck.

“Haruki would weep to see what had become of his legacy,” Mila said, in reference to Jamie’s past life. “You aren’t half the man he was.”

Mila clenched her free hand, releasing her magick and her two Soulswords. Forged with deadly runes of the darkest arts, they were deadly to man and fey alike.

Jamie rotated his arms around, concentrating on Mila and the blood that flowed through her. His magick fastened itself onto her heart and his lungs burned. He had expended too much magick, causing breathing to become difficult. He needed more time.

As his vision blurred, and beads of sweat continued to run from his forehead, he forced Mila to stab herself with her sword and released his control on her. Jamie flicked his wrists, and the guard helped him walk away from the fray.

As he headed to the nearest temple for sanctuary, a pain sizzled in Jamie’s gut and the guard collapsed with a grunt, bringing Jamie to the ground with him.

“Traitors don’t just walk away from the Brotherhood.”

Jamie rolled over, but he didn’t need to see Phoebus to recognise that baleful voice.

“You could have been one of us, boy,” Phoebus said.

“I wanted no part in your cult from the beginning,” Jamie said.

Phoebus shook his head. “I knew the high priestess was mad to entrust you with this assassination. I’d kill you now but we have our procedures.”

Jamie’s hand shook. “You will never take me alive!” He rolled aside as Phoebus jabbed his sword toward Jamie’s stomach.

Rule two: Only the foolish die young. Jamie would not give up so.

Jamie pressed his hand against the wound on his calf and drew the blood out with his magick. He separated the blood into long needles and threw them at Phoebus’ neck.

Phoebus convulsed, blood spewing from his mouth as he clutched to his neck. He collapsed to his knees, and Jamie forced himself to watch, to memorise the suffering his power could bring. Phoebus had never liked him, and had given him a hard time, but Jamie had respected him.

Mila was right to keep this part of Jamie’s powers secret. It was a shame he couldn’t draw the blood out of other people’s bodies. Killing a leader of the Brotherhood was no small thing and Jamie limped away as fast as he could when he was certain Phoebus was dead.

Carnage enveloped the city. Bodies lay strewn across the streets. Among the deceased were civilians, the Imperial Guard and assassins of the Brotherhood alike.

As he turned the corner toward the temple, Jamie came face to face with Bikendi, who was second in command to Phoebus. Jamie’s shoulders slumped. Of course escape wasn’t going to be that easy.

“And just where are you headed?” Bikendi asked. He was a large man with a merry smile. Killing was the sweetest thing in the world to him.

“As usual, Mila is getting ahead of herself. We don’t have enough manpower to undergo such a dangerous task. The priests of the Morrigu are highly armed.”

Jamie shrugged. “That’s what I told her, but she wouldn’t listen.”

Bikendi put a hand on Jamie’s shoulder. “You don’t look like you could take much more of this fight. I’ll help you to the escape passage. We’re just about done here, anyway.”

“I can take care of myself,” Jamie said. “I am Mila’s apprentice.”

Bikendi sighed. “Mila might be undying, but someone can still be cut down.”

It was just like Bikendi to look out for him. He had been a loyal friend of Jamie’s father, and despite Bikendi’s blackened heart, something bright still shone through.

Jamie squared his shoulders. “I can’t disgrace her with weakness. Can you not get backup?”

“I fear by the time I return, you will be dead already.” Bikendi shrugged and placed a hand on Jamie’s shoulder. “I’ll come with you. Gods knows those women can put up quite the fight.”

Jamie tried to draw out the blood from within, but his wound had clotted. He clenched his teeth and prepared for the sharp pain. As Jamie focused harder on the wound, an agonising pain coursed through him.

Too much. He had drawn too much blood.

A haziness came over him, but he shaped the blood into needles and aimed at Bikendi’s sword arm. The man roared and dropped his sword.

Jamie picked up the fallen sword and slashed at Bikendi’s hamstring. Fear permeated the man’s gaze as Jamie stood over him.

Nausea overwhelmed Jamie. His stomach became constricted and his head spun. Bikendi had taught him how to survive in the Brotherhood, and to believe in himself.

“I’m so sorry,” Jamie said. Then he turned on his heel and ran for sanctuary within the Temple of the Morrigu.

Assassin or not, the rules of sanctuary meant they had to take him in. He would heal and then he would escape to the continent of Istae. Most who escaped the Brotherhood did not live to tell the tale.