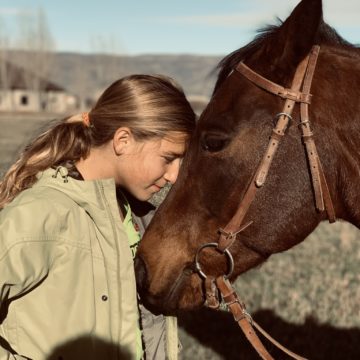 Some Diamonds and a Reappearance

As the days progressed, Romilly came to understand that Doc had been on the first to retrieve his luggage from the train car. He discovered her, and hastily claimed to the gathering crowd that she was his servant and would take her to the hospital with him. She was pleased to discover that Doc was an abolitionist, and he treated her better than anyone had ever before, except for… she couldn’t remember. She learned that she had lossed a lot of blood from the gashes in her head and suffered a severe concussion. Doc assured her that her memories would return, but the days slid into weeks, and still her past was as blurry as the moment she woke in the hospital.

To earn her keep, and to stay under Doc’s frequent check-ups, Romilly stayed and worked at the hospital. The hospital, however, was a glorified name. It was more a large, single-story house with several bedrooms, sitting rooms, bathrooms, and a large kitchen and library. The whole building glowed with the warmth of sunlight and happiness. It tingled with the smiles and memories it held. It echoed in laughter.

“Bless you,” called Romilly in her deep, melodic voice, tinged with a southern accent. It was in reply to Sneezy, who was allergic to nearly every material and creature that walked the earth. Sneezy whispered a “thank you”, and gave a broad smile, before whistling away to the kitchen, blowing his nose into his favorite handkerchief.

Romilly headed into the kitchen, where the afternoon meal was served. The household was seated around a large, circular table. Romilly bussed the food from the kitchen to the table until everything was in its place. Heads bowed, Doc said a quiet prayer, and a brief, rare, silent moment occurred. Then the kitchen was an explosion of sound; the clink of silverware, the clanking of plates, the scrapping of wooden chairs, the mummers and whispers, the laughter and talk.

“Romilly,” called Doc, after the meal was over, and her and Dopey, Bashful, and Grumpy were washing the dishes. “A word, please.” There was a grave expression scrawled on his face, his gentle features etched with concerned. It immediately vacuumed every slip of joy and light the meal and fellowship had brought, as she walked to where he stood.

“Nothing, perhaps it is nothing,” he hesitated. “But the maid, Suzanne, says a stranger is walking around town, looking for an escaped slave from a Mr. Louis Sampton.”

Doc pushed a chair underneath her, and she sank into it. Where, where, had she heard that name before? Louis Sampton. The name sent chills up her spine, but she didn’t know why.

“In a way. All I know is that that name means something to me. And it’s not good.”

“Well, we must be much more cautious. You must never leave the house, never go to the market. Do you

understand?” Romilly nodded. Then Dopey interrupted by tugged at Romilly’s dress. Dopey’s lips and tongue would never make a sound, but his bright, intelligent, youthful eyes told his story. They reflected his soul. She followed the question in his eyes, as they grasped hands, walking to the library. Grumpy and Bashful were whistling as they joined the parade. Dopey’s eyes spoke the words that his lips longed to say, “we are off to collect diamonds.”

Diamonds. That is what they called it. Truth. They mine for it. They dig for it. They scour for it. They pour over books searching for it. They hold it gently in their simple hands. They cradle it close to their hearts. It is a treasure, and it sets them free from the binds that their birth clasped around them. These souls, the downtrodden of the world, the spat upon, the ugly, the abused, the forgotten. Those who are viewed as so damaged hold the wisdom of the ages. They know the truth, and they love it. Because it sets them free.

And so they pour over their books, diving, emerging, and memorizing. They who have so little gave Romilly so much.

They taught her the words. They gave her the love of them. And it was because of this mutual love that the world came crashing down around them and swallowed them its chaos.