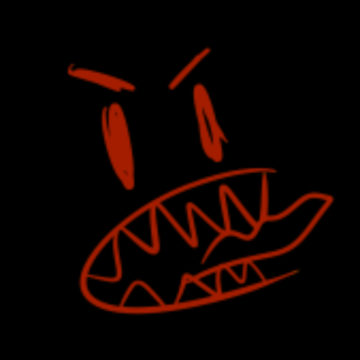 I went up on my tiptoes to watch the lobsters swim around in their medium size tank. My mother was in someplace else in the grocery store, but I didn’t care, the lobsters were fun to watch. This one lobster swam up to the front of the tank, his claw floating around in the tank as if it were waving at me. I waved back at Mr Lobster, then I spotted something different about this particular lobster, one of his small round eyes was missing. My over imaginative mind started racing through the possibilities in how he had lost it. Finally, I had come up with a perfect story. It seemed so brilliant and heroic at the time, like Finding Nemo 2.0. He had lost his eyes in an epic battle with a Great White shark. And this is how I thought it would have gone down.

Mr Lobster was lounging around with his lobster buddies waiting for some small fish to go by. They were extremely hungry and they wanted something to eat right then. Mr Lobster was afraid that one of the other lobsters might eat him instead if they didn’t find anything soon. And in that moment aa giant Great White shark emerged from the ledge below. The water made the shark’s grey back look blue and its cold eyes murderous. It swam toward a baby sea lion that had lost its mother while going for a swim. It let out a shriek of terror, and just as the shark was about to chow down, Mr Lobster came up and pinched the shark in the side. It roared in rage, and turned to face Mr Lobster. But Mr Lobster wasn’t going to back down, even if it would cost him his life. And so, Mr Lobster swam towards the shark, claws at the ready and fought the gigantic beast. As the two fought, all of the other sea creatures nearby swam over to watch the fight.

And just when Mr Lobster was about to be defeated, he pinched the Great White on his big sharky backside. It howled and swished it fin that hit and knocked off Mr Lobster’s eyes. All of the sea creatures around help keep the shark down.

I watched him wave and smiled at my genius thinking.

“Sydney!” my mother called from behind me. I turned and saw her walking up to me, a worried look on her face. “I’ve been looking for you everywhere. It’s time to go.”

“But I wanna watch the lobsters.” I said and pointed at the tank.

“Sydney, if we leave I’ll get you a cookie from the Bakery.”

“Okay Mommy, but let me say goodbye.” My mother nodded in response and I pressed my nose again the glass. It smelled like salt and rotten seaweed, but I didn’t care, I had made a friend. “Goodbye, Mr Lobster.” His claw floated again and I knew that he was waving farewell to me. My mother grabbed my hand and half dragged-half carried me away from the tank.

Next time I came to the store, the lobster tank was empty. I was only six years old, but I knew that I would never see my friend Mr Lobster ever again.