This is a dystopian short story that I wrote for my English assessment! Anyway here's the plot: In a small town set in the great Australian outback, crime is just a part of the citizen's everyday lives. One day, the Government puts into action a new law- one that is sure to take down crime for good. But when everything you do is watched, who can really tell the difference? (I'm very bad at writing descriptions sorry!) 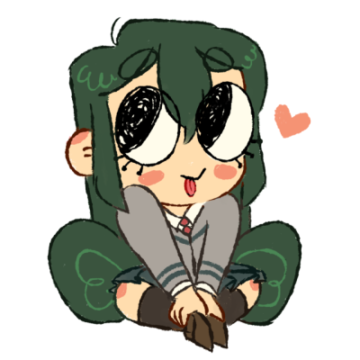 The streets were dead quiet and the only sound that could be heard was the ghostly footsteps of the town’s residents, the scraping of the autumn leaves on the concrete, and the sound of the government issued recording playing over and over again, “May you be safe under our eye.”

It was still hard to get used to. What he had once called home had disappeared, and had been replaced with a cardboard replica of what he once knew. Even though the streets and the buildings looked unchanged as he approached the post office, he could see the shiny black eyes of cameras peer at him from their hiding places.

As Harry wandered through the ghost town, he tried to desperately make eye contact with one of the passing faces, hungry for detail and attention. The only thing he received was the blank faces staring at the ground. “May you be safe under our eye.” Oh bloody hell, how Henry hated that woman’s voice.

Harry tried to remember what it was like in the old days. The smiling faces, the voices of the townspeople, the freedom they had- he even missed the sounds of police sirens wailing almost every hour. How different it all seemed- Harry could barely believe that such a place existed once- but he did. He kept believing and he kept hoping that he would one day visit that place again.

He remembered the day when they announced the new law. Men in green had gathered the townspeople into the square. He had been in a cafe nearby when the men ordered them to head into the center of town. Everyone was there, even the children- school had finished early that day. They were still in their uniforms. He was right in the middle of the crowd and had the perfect view of the makeshift stage. There were two men on both sides of the stage. Their rifles glinted in the April sun and their badges shone with a threatening aura.

The sound of voices died as a new figure stepped onto the stage. He was of a weak build, yet from what they could all see, he was important. Very important. You could tell by the three minders that stood behind him in suits, nodding along to his every word.

He was wearing a plain white shirt and a black tie, his black suit jacket discarded due to the heat. On both sides of his shoulders were a million glittering badges, shining so brightly that the crowd nearly mistook them for stars.

The man coughed and took out a handkerchief from his trouser pocket before wiping away the river of sweat that was slithering its way down his neck.

“Alright, is everyone present?” He croaked out and scanned the crowd. When he was satisfied, he leaned forward into the microphone and began to speak.

“My name is William Shawn and I-“ The microphone suddenly let out a loud shriek and everyone covered their ears. The man, William, sighed with annoyance as one of the men came forward to fix the microphone. When they had finished, William stepped forward again, muttering and rubbing his temples. “My name is William Shawn and I have come from the Australian Government to announce that a new law is in place.” Everyone started to whisper to each other, the sound reminding him of the rustling trees in the square. “I think I heard something about this on the news yesterday…” Harry heard one of the teachers say. Before he could really think about it though, William started to speak again. “Please, quiet down. This is important and I want to make sure I get all the details out before noon.” Just like that, the sound of voices stopped. Harry felt slightly uneasy as William began to speak again.

“Just two days ago a new law was passed. It states that when a town’s arrest rate is over the normal rate, new security must be installed into the town to decrease criminal activity.”

It was like a switch had been flipped. Everyone’s eyes snapped towards the man, as if he was their god, and refused to look anywhere else. Even Harry couldn’t help but stare at him.

The town had been suffering for years at the hands of crime. It had gotten so bad that it wasn’t considered a normal day in the small town until several robberies had occurred. The town itself had one of the highest crime rates in Australia.

This had all been due to a local notorious gang, known as the Jenny gang. They had been harassing the town for years, robbing the bank frequently, committing arson, burning school property, the list went on and on.

“For the past four years, your town has had one of the highest crime rates in the country. This law will be enforced in your town first, due to… your history. We hope it will help your town’s situation.”

Harry couldn’t believe his words. After years of suffering, why would the government suddenly decide to help them? He had understood that they had tried to help before, using methods such as replacing the unhelpful rookies with actual qualified and trained police. However, that had taken place years ago, and most of the police had grown lazy and unwilling. Nothing had changed.

“We will start installing security tomorrow. The due date of completion is next Monday. We hope this helps your town immensely and changes the future for not just you, but for the whole of Australia. Thank you.”

The next day, they started construction, as well as putting up posters that had the same slogan on each of them : “May you be safe under our eye.” After everyone had gotten over their surprise, no one could stop talking about them. When Henry went to get breakfast at the nearby cafe, Monty’s, all he could hear with his already failing ears was news of the construction and the excited repetitions of the slogan. Even though everyone was ecstatic about the new law, Henry couldn’t help but feel paranoid. At the time, it just didn’t add up.

When the cameras were first turned on, everyone was so excited that the town had its first celebration in years. Streamers littered the streets for weeks, like depressing snakes slithering around the sidewalks, shedding balloon skin as they went. The town had already started to see improvements during the first week. The sound of police sirens had started becoming less and less frequent, almost becoming a ghost in the revived town. Henry had started to feel more relaxed and less paranoid about the whole thing.

That’s when the Jenny gang came back to town.

It was a windy Saturday when the sound of a siren echoed through town. For a moment, everyone had forgotten what the shrieking sound of a siren sounded like, for it had been a month since they had heard one. In almost an instant everyone had started running towards the sound, like wild frantic bunnies being chased by hungry foxes. By the time Henry had arrived, the deed was done. There in plain sight was the Jenny gang, handcuffed and being shoved into a police vehicle one by one. He couldn’t believe his eyes. After so many years of being haunted by the crude gang, it was hard to believe that they were being arrested, especially right in front of him.

That’s when something strange happened. As the crowd began to cheer when the gang was being put away, Henry made eye contact with one of the gang members. It was the leader, Jenny Darwin. Her greasy ginger hair shone with a blazing aura. Her menacing eyes stared into his soul, sending shivers down his spine.

However, that’s not what spooked him.

She was mouthing the same words over and over again. At first, he couldn’t seem to figure it out, but as she was being carried away, he managed to make out the words.

“Be careful what you wish for.”

Those words stayed at the back of Henry’s mind, haunting him.

After the Jenny gang was arrested, the town had adopted a calm aura. It was so peaceful, everyone didn’t know what to do with themselves. For the first time in what seemed like centuries, the town could finally be at peace. However, Henry couldn’t get over those words. Everytime he went out he couldn’t help but feel weary, looking at every corner for a hidden camera and shivering when he saw the familiar shine of a camera lens.

One day, Henry was exiting from the local Woolworths, with bags of groceries swaying from his hands like trees swaying in the wind, when he noticed a large crowd forming in the town’s square. As he approached, he could hear the alien like sound of a police siren. His heart doubled its speed as he came closer.

Suddenly from amongst the crowd, there was a petrified scream. It was Gertie, the daughter of the town’s mayor. Just a few feet away, two policemen had shoved their way into the crowd. In almost a second, they had grabbed a young woman who he had later recognised was Mary Bunson, the aunt of Gertie, and shoved her into the police car.

“Wait, what’s going on?”, “Was that Mary?”, “Oh my god, what the hell?” Panicked voices rose like smoke from an anxious volcano as the car drove away in a blur of blue, white and red.

Later that day, they found out that Mary had been caught on camera shoplifting. However, that wasn’t the only surprise. The very next day, Jackson, a sixteen year old and the town’s ‘golden boy’, was arrested for bribing teachers to improve his grades and stealing money at charity events.

Soon, more and more people were being exposed and were being taken away to god knows where. People weren’t even being arrested for crimes anymore. A man named Sam had been putting an old newspaper in the bin and was walking away before he could realise the newspaper fell out of the bin. He was arrested for littering.

People stopped coming out of their houses and talking to each other. No one could trust anyone anymore in their little town.

“I guess she was right,” Henry murmured as a young man a few feet away from him was dragged away, his face gloomy and as downcast as he surrendered himself easily, not wanting to make a scene.

“Be careful what you wish for.”