A goodbye letter to my first love

The extremely personal story of my first love. 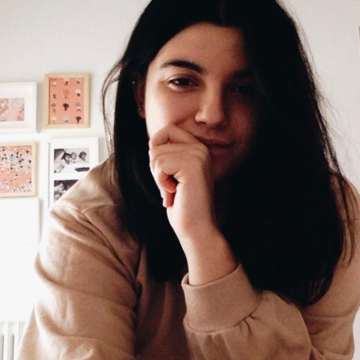 I don’t remember how you came into my life. I don’t remember when we met or when we crossed paths for the first time. I don’t remember our first conversation. But I do remember the second. And the third. And all the conversations that came after those. I remember how you asked me about my day, and invited me to your football matches. I have recorded in my head how your voice sounded in those voice messages you sent me in the evenings your family wasn’t home. I still have the pictures you sent me and the thoughts I wrote down when I missed you and couldn’t sleep.

I don’t know if you remember. I honestly don’t care.

I remember how we talked about the people surrounding us. And I remember how you always knew how I felt about them. You know what I would say before I even thought of it. I knew you knew me. I don’t think we were soulmates, but we truly were something else. We were something that our teenage hearts couldn’t understand but my old soul did before I could realise it. A wind storm came round and round and banged against my heart. And then there was no going back.

I think it was at that point when you got scared for the first time.

You got scared of us. I think you realised what was happening too.

I remember The Fight. It was brief. Just writing this my hands are starting to shake. It was around May 3rd, probably during one of our evening chats. The words we said to each other have lost all sense and my brain has deleted them. But it was terrible. I thought it was the end of us – and nothing had yet started. Text-fighting was one of my biggest fears, you can’t unsend a message, and rushed words are mostly empty. I think the discussion lasted less than an hour. Probably less than half an hour.

Then came the pride.

I don’t know why, but we held on to our pride like it was the only thing that kept us alive. I honestly think it did. Without pride and without you, at that moment, I could have died. You finally gave up. And it was you giving up that gave me hope that maybe, it wasn’t ending. You apologised probably by May 20th. We forgave each other and started where we had left it at the beginning of the month. Now, your friends knew about me. They texted me and asked me stuff, they wanted to get to know me.

(This makes me think about the day I told my friends how I felt about you. I think it was a few days before The Fight. I may not like them very much now, or we may not be as close as we were, but the girls held me up during and after it. And when you came back, they knew it was for good.)

I was lost. I was so lost inside your world that I would have done anything you asked me to. I had been lost since almost the second I met you. You had turned into my nights and days. You were my morning coffee and the coziness I looked forward to in the evenings.

You were too shy to wait and say it to me face to face, so you stuck to your usual voice message.

I can remember clearly, without a doubt, what that message sounded like.

“I want to ask you something. *a short silence* This may sound silly but, would you go out with me?”

And that was the beginning of the end.