a boy, a terrible basement party, and poison

a short for the "end-of- summer" writing contest 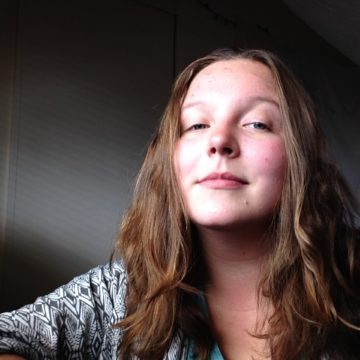 a boy, a terrible basement party, and poison

Did you ever hear the John Mulaney bit where he was talking about how much of a drunk he was in college? It basically goes like this:

John was at a party, drunk as hell. Someone had this bottle and goes and asks everyone, “Is this alcohol or perfume?”

John takes the bottle, chugs all of it and replies, “It’s perfume.”

Naturally, you have a couple questions. One of them has to be, “how does he know what perfume taste like?”

Well I have a sort of roundabout answer.

In college with my best friend, Adrian, would drag me to parties. He would use this cute little voice and say something like, “Alex, I don’t want to go alone.”

And I couldn’t say no.

One night, Adrian called me, “You still up?”

“What do you want?” I was planning to go to bed.

“Okay so there’s this party and before you say no,” He paused to clear his throat. “It’s not like a frat party because I know you hate those. This is like a hang out. Ten people tops.”

“And I would go there because?” I already knew I was going. If Adrian knew how easily he won me over, my future was doomed.

“I was invited with a plus one and,” He started but I finished his sentence, “You need a plus one?”

“Brilliant detective work Alex.” I swore I could hear his grin. Both of us knew that he didn’t need a plus one. A “plus one” exists to bring someone for emotional support. Adrian wasn’t the type of guy who needed that. He made friends as easily as I made a plate of nachos.

“What time is it going to be?”

“I’m already on my way to pick you up,” I heard him say as there was a door closing in the distance. He hung up.

I groaned and by the time I had finished tying my shoes, there was a knock on the door. I opened it to find a very happy Adrian and I stopped breathing.

I hate being in love with my best friend.

“Where are we going?”

“To the Theo dorm building.”

I groaned. It was the worst of all the dorm buildings. And the furthest from mine. Adrian laughed, “The party is in the basement with a couple really cool guys. Kinda like you.”

I laughed. The rest of the walk, nothing special happened. But I was spending time with him.

We get to the building and he lead me into the building; down some shady looking stairs to reach a basement. There was a sort of lounge area where I saw a small group of people were there sitting, laughing and talking.

Adrian touched me really briefly on the arm to lead me over to the guy who invited him. I was too focused on that to pay attention to the other guy. I did catch his name, Neil. I’m really good at names and remembering them. Especially when Neil looked at Adrian the way he did.

It made me feel marginally better that Adrian seemed to have no interest. Then again, I didn’t think he had interest in boys. Fun times for Neil and me.

Adrian also introduced me to everyone else. There was Andrew, Chad, Julie, Kiersten and Maddie. Adrian sat down, me on one side of him and Neil on the other.

It was a good night.

Until Neil got up, and got drinks for everyone. I took a sip and quickly realized after that sip that it was poison. I spit what I could out but I felt some go down my throat.

See how I could see how John knew what he drank was perfume?

I grabbed Adrian’s upper arm. He turned his head to me and gave me a sort of “dude what?” look.

“Hey I really need to get out for some fresh air, join me?”

The best part about being best friends with someone for long, they know immediately when something is really wrong. Adrian gave his apologies, promising to be right back and I did my best not to dart out the building.

My heart was racing and I didn’t know if I was just nervous or poisoned. As soon as we were outside Adrian asked, “What’s wrong? You’re being weird.”

“I have to get a doctor now,” I told him and started to walk in the direction of the Health Center. Adrian kept up next to me, “What happened?”

My heart was definitely beating harder now, “I think Neil did something to my drink?”

“I think he poisoned it?” By then, it was definitely getting harder to walk. Adrian took my arm and wrapped it around his shoulders. He picked me up, bridal style, and carried me the rest of the way. We bursted into the Health Center and I was sweating like a mad man. I head Adrian yelling, “I need help! My friend was poisoned!”

A nurse or doctor or someone started giving Adrian directions that I didn’t really understand. At one point, I was put on a bed. The last thing I remembered was a little exchange that I thought I heard between some girl from the center and Adrian.

“How long have you and your boyfriend been together?” She asked, trying to distract Adrian

When I came around, the doctor’s told me that I was lucky to have a friend like Adrian. I was excited, until I saw him again.

After getting out of the hospital, Adrian acted like usual Adrian. No proposal.

Neil did go to jail. He did try to poison me. It came out during the trial he wanted me out of the way. This made things awkward between me and Adrian and we grew apart.