To Curse A Witch

A story set in a fantasy world 20 years after a war that people believed wiped out witches and their magic. Maria and her friends live in a small village, filled with secrets that could change that believe and reveal things long thought gone. Maria will have to uncover a mystery and look for magic still hidden in the world to help a dying race. This is my first story on underlined! Please feel free to leave feedback on what’s good and how I can improve! This book’s still a work in progress. 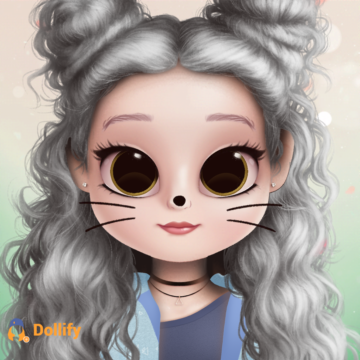 A house sat in the middle of the forest clearing, leaning like an old tree. Its walls were made of cracked grey stone and its roof were half broken planks of blackened wood. There were no windows, but there were little holes in the stones, all filled with cobwebs. A windy, gravel path led up to a half-rotten wooden door. An eerie quiet seemed to come from the house, as if nothing wanted to even whisper near it.

The garden was the exact opposite of that.

The grass was dark, as if night shadowed it even in the day. Trees with trunks of silver and leaves of amethyst that sparkled in the sunlight lined the fencing, their branches dancing in the wind. Blue flowers of all types encased the pathway, their sweet floral fragrances mingling to create one. A fountain of iron was shaped like a cat, sunlight spilling from its mouth into the basin with a melodic trickle. Two ravens flapped about, there wings steady. The whole garden shone and glimmered like a thousand stars.

I starred at the gate, my pale hand hovering just above. I gulped, lowered my hand an inch, then pulled it back again, as quick as a blink.

A snort came from behind me.

“Oh, shut up, Jayce!” I yelled, turning around to glare at the tall boy standing behind me.

His green eyes sparkled with amusement. He reached up his hand to push back his brown hair and smiled.

“If you’re so brave come do it yourself then!”

He stopped smiling and took a step back.

I looked at the house. They say a witch used to live here and when she left she placed a curse on the place. So much as touch the fence, you were doomed. Mother used to tell me stories about the witch, told me to stay away from the house. Most people were scared of it, but my mother was on a whole new level. She was crazy about it, threatened to lock me up when I was six for asking if we could go inside.

She’d kill me if she saw me now.

I sucked in a deep breath and pushed my long, silver hair out of my deep blue eyes. My hand shook as if it were an earthquake.

It’s just the gate. What harm can it do?

I closed my eyes and brought my hand down, slow as a turtle. I could feel Jayce starring at it intently, like it were the most interesting thing in the world.

I jumped as my hand touched the top of the gate.

A second passed, then two. I didn’t feel any different. I opened one eye and looked at my hand. It seemed normal. Was that marking there before? It must have been.

“Well?” Jayce asked, buzzing like a bee with anticipation, “What happened?”

I opened my my other eye and turned back to him, a look of complete horror on my face. He gasped and stepped back, eyes growing until they were as big as the moon. His mouth opened widely, like those clowns you tried to throw things into at the big fairs.

His bottom lip trembled and I lost it. I doubled over, laughing like a mad woman. Jayce stood there for a moment, confused and shocked, then realised what had happened and frowned. I laughed harder.

“You should have seen your face!” I exclaimed.

“Stop laughing! I was petrified! I thought you were going to die or something!” He eyed the house suspiciously, “So there’s no curse? You don’t feel different?”

“Nope, I feel the same as before. It’s just a weird house.”

Even as I said it, I could sense doubt lingering in the back of my mind. Ever since I was little I’d always believed the place was cursed. Everyone in the village did. Maybe you had to go in?

Even after touching the gate I wasn’t willing to try.

“Wait until we tell the others! I can’t believe we’ve been scared for nothing! Nonsense, that’s all it is! Bet those witches couldn’t even curse a beetle!” Jayce said.

“Who knows? The stories from the war say a single witch could kill ten men with a blink of an eye. It’s a good thing the war ended 20 years ago. The witches and their magic are long gone.”

“Well, let’s go. We should head to the market before all the good stuffs gone. I’ll buy you a cake since you actually touched it. Just don’t trick me like that again.”

He started to walk off, back in the direction of town. I looked at the house once more, then hurried off to follow him.