In the year, 3068, the galaxy is in danger. Celina, a 16 almost 17 year old girl, and her 13 other teammates rush against time to try and the save the galaxy. During the journey Celina finds out about hidden family secrets and learns more about herself and her family. Will the team be able to save the galaxy? 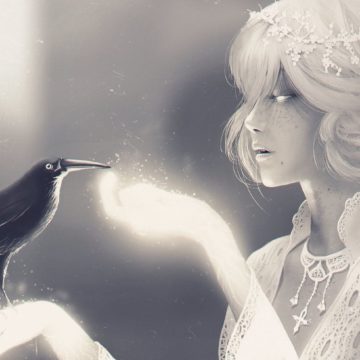 How It all Started

I was just sitting on my front patio reading a book when my mom called me.

“Celina!” My mother yelled from inside.

“Come inside I have something to tell you!” My mom yelled. I wonder what she has to tell me.

I put my book-mark in the page I was on and went back inside and said,

“Mom, what do you want to tell me?” My mom came into the living room and said,

“Celina, I was told to tell you to go to the palace, by the Queen.” I wonder why I am being called to the palace by Queen Galatea.*

“Celina!!” My mom yelled breaking me out of my thoughts.

My mom answered, “Celina, go upstairs and pack your stuff, because you’re going to be staying at there for a while.” I nodded, gave my mom a thumbs up, and then ran upstairs to pack my stuff.

After a few minutes I finished packing and went down stairs.

“I’m finished packing, mom.” I said as I walked into the living room where my mom was. When I walked in I saw that my mom was sitting on the couch talking to a man. They both looked at me when I walked in.

“Celina, this is Roy, he will be taking you to the palace, ok?” My mom said to me.

“Ok mom, I’ll see you in a while.” I answered after giving her a hug before leaving the house with Mr. Roy. We entered a car and left to go to the palace.

Half an hour later we reached the palace. I went inside, when we got there. When I entered, there was a group of 5 boys talking. When I walked towards them they stopped talking and looked at me, they looked about my age, some looked younger. One boy had Grayish-Blue hair, another had Orange, another had Red hair, another had Dark Teal hair, the last one had Purple hair. The boy with Greyish-Blue hair was about to say something to me, but the Queen entered the room.

“Hello everyone.” The Queen said.

“Good afternoon Your Majesty.” We said while we bowed.

“I know you are all wondering why you are here.” The Queen said. We all nodded. “You guys are here because……” The Queen started saying but she was interrupted by a man.

“Galatea, we have a problem that needs to be addressed, now.” The Queen looked at us and said “Sorry children but I need to go address a serious problem.” We all bow as she leaves.

I turned to the others and said, “Guys?”

They all turned to me and the Purple haired boy replied, “Yes?”

I replied by saying “I think we should introduce ourselves to one another.”

“Well, we already know each other.” The Grayish-Blue haired boy said while pointing to the boys next to him.

I sighed and said to him, “Well, I don’t know you guys so why don’t you introduce yourselves to me and I’ll do the same.” They introduced themselves after a couple of seconds of silence.

“My name is Emanuel, and I’m 15 years old.” The Greyish-Blue haired boy said.

“My name is Daniel, and I’m 14 years old.” The Orange haired boy said.

“My name is Timothy and I’m 14 years old.” The Red-haired boy said.

“My name is Adrian, and I’m 16 years old.” The Purple haired boy said.

After they introduced themselves I introduced myself, “My name is Celina, and I’m 16 years old.”

After I introduced myself, a guard came in and asked us to follow him. We followed him to a corridor where he said,

After a couple of minutes, I finished unpacking I walked to the game room and played some games. The chief came into the Game room and said,

“Dinner is ready Miss Celina” I nodded and follow him into the dining room. We get to dining room and the chief went to go tell the Queen and the boys that dinner is ready. After a couple of minutes, the chief came back with them.

After a couple of minutes, we finished dinner and went to meeting area, because the Queen wanted to tell us why we are here.

“Everyone I will now tell you why you are here, since I didn’t get a chance to tell you earlier.” The Queen started saying. “You guys were chosen to save the galaxy. You guys will become a group and work together to save our galaxy, there will be 2 other groups like you guys working to save the galaxy, you will all meet at the training grounds tomorrow and become one large group. I will assign you positions in this group.” We all nod not wanting to interrupt her. “Adrian and Celina you will Co-leaders since you guys are the eldest ones out of all the groups, since you and Adrian are Co-leaders you will need to work together to come up with the battle plans with the other groups leaders. Celina you and 1 person from each group will train the others since I have been told that they are good Karate and Taekwondo like you are.” I nodded.

After she finished assigning our positions for the team we all went back to our rooms and went to sleep.