YA BFFs We Want to Be Friends With

Books are a lot like best friends: they keep us company, they’re entertaining, and they’re always there when you need them! But what if you could hang out with some of the besties from your favorite YA novels? Which ones would you choose? Here are eight sets of YA BFFs who we’d love to hang out with—devil’s music, tragic secrets, and destructive wildfires aside!

When loss pulls the friends at the center of The Beauty That Remains apart, music might be the only thing that can help each of them deal with their grief and bring them back together. Against all odds, the power of music prevails in this beautiful and evocative story about grief.

Autumn always knew exactly who she was: a talented artist and a loyal friend. Shay was defined by two things: her bond with her twin sister, Sasha, and her love of music. And Logan has always turned to writing love songs when his real love life was a little less than perfect.

But when tragedy strikes each of them, somehow music is no longer enough. Now Logan can’t stop watching vlogs of his dead ex-boyfriend. Shay is a music blogger who’s struggling to keep it together. And Autumn sends messages that she knows can never be answered.

Hanging out with these two best friends—and ex-girlfriends—might get a little awkward, considering their friends-to-couple-to-exes trajectory. But in Girl Crushed, as Quinn wonders if she wants her first love to be her second love, too, things start looking up for the former besties.

Enter a new crush: Ruby Ocampo, the gorgeous and rich lead singer of the popular band Sweets, who’s just broken up with her on-again, off-again boyfriend. Quinn’s always only wanted to be with Jamie, but if Jamie no longer wants to be with her, why can’t Quinn go all in on Ruby? But the closer Quinn grows to Ruby, the more she misses Jamie, and the more (she thinks) Jamie misses her. Who says your first love can’t be your second love, too?

If you choose to hang out with Hannah Warner and her best friends, you better be prepared to keep their secrets and stay loyal—because they demand nothing less in Lies Like Wildfire after accidentally starting a deadly wildfire. Theirs is truly a friendship that’s facing the ultimate test!

In Gap Mountain, California, everyone knows about fire season. And no one is more vigilant than 18-year-old Hannah Warner, the sheriff’s daughter and aspiring FBI agent. That is until this summer. When Hannah and her best friends accidentally spark an enormous and deadly wildfire, their instinct is to lie to the police and the fire investigators.

But as the blaze roars through their rural town and towards Yosemite National Park, Hannah’s friends begin to crack and she finds herself going to extreme lengths to protect their secret. Because sometimes good people do bad things. And if there’s one thing people hate, it’s liars.

This group of graphic novel best friends does more than just hang out and have fun. They’re magical teen detectives! Sure, things might get a little scary now and then, but how cool would it be to tag along on some of their detecting adventures? Luckily, you can, in The Montague Twins: The Devil’s Music!

The Montague Twins #2: The Devil's Music

Alastair, Pete, Charlie, and Rachel aren’t just magical teen detectives in their coastal town of Port Howl—they are also members of a local teen rock band. Before a show one night, Charlie and Rachel meet a famous rockstar, Gideon, and invite him to their show. He’ll never come, but why not try, right?

Little do they know, Gideon does show up, and he brings the threads of his dark past with him. In fact, he might even be the source of the rumored Devil’s Music, a limited-release song that entrances all of its listeners in a deadly hypnosis.

The two best friends in Rayne & Delilah’s Midnite Matinee are closer than close, until tough decisions in their senior year of high school threaten to pull them apart. Facing the future is never easy, especially when it might mean growing further apart.

But with the end of senior year quickly approaching, the girls face tough decisions about their futures. Josie has been dreading graduation, as she tries to decide whether to leave for a big university and chase her dream career in mainstream TV. And Lawson, one of the show’s guest performers, a talented MMA fighter with weaknesses for pancakes, fantasy novels, and Josie, is making her tough decision even harder.

Who wouldn’t want to hang out with these two fashionable BFFs? See what besties Esme and Janis—and the rest of Esme’s Sitter friends—are up to in the final installment of the Babysitters Coven series, Spells Like Teen Spirit! Here’s a hint: it involves a fun Galentine’s staycation! But things might not go as planned. . . .

Ever since Esme met Cassandra Heaven and discovered the truth about their shared legacy—that they’re Sitters, supernaturally gifted teens tasked with protecting the innocent from evil—her life has been moving at 90 mph. During the day, she chases wild toddlers, and at night, she employs a different skill set for a different kind of demon. Like, literal ones. And sometimes it’s almost fun. Her spells are getting better, her telekinesis is on point, and now that Esme’s dad and her best friend Janis know the truth, she’s no longer lying to the people she loves. She’s also learned that there’s a way to undo her mother’s curse, and with the Synod out of the picture, she might even have a chance to do it.

The two friends in What to Say Next come from totally different worlds, at least in the social hierarchy of their high school. But when an unlikely friendship forms between them, they’re both pleasantly surprised—until a tragic discovery threatens to tear them apart. Can their friendship survive? You’ll have to read to find out!

What to Say Next

When an unlikely friendship is sparked between relatively popular Kit Lowell and socially isolated David Drucker, everyone is surprised, most of all Kit and David.  Kit appreciates David’s blunt honesty—in fact, she finds it bizarrely refreshing. David welcomes Kit’s attention and her inquisitive nature. When she asks for his help figuring out the how and why of her dad’s tragic car accident, David is all in. But neither of them can predict what they’ll find. Can their friendship survive the truth?

In You’ll Be the Death of Me, three former friends are unexpectedly reunited, and it’s mostly fun and games until they witness another classmate’s murder and realize that they all have a connection to the victim . . . and a secret of their own. Now they’ll have to figure out if their reunion was really by chance.

You'll Be the Death of Me

Type A Ivy lost a student council election to the class clown, and now she has to face the school, humiliated. Heartthrob Mateo is burned out—he’s been working two jobs since his family’s business failed. And outsider Cal just got stood up . . . again.

So when Cal pulls into campus late for class and runs into Ivy and Mateo, it seems like the perfect opportunity to turn a bad day around. They’ll ditch and go into the city. Just the three of them, like old times. Except they’ve barely left the parking lot before they run out of things to say . . . until they spot another Carlton High student skipping school—and follow him to the scene of his own murder. In one chance move, their day turns from dull to deadly. And it’s about to get worse.

It turns out Ivy, Mateo, and Cal still have some things in common. They all have a connection to the dead kid. And they’re all hiding something.

Ten YA Thrillers You Need to Read If You Loved One of Us Is Lying by Karen M. McManus 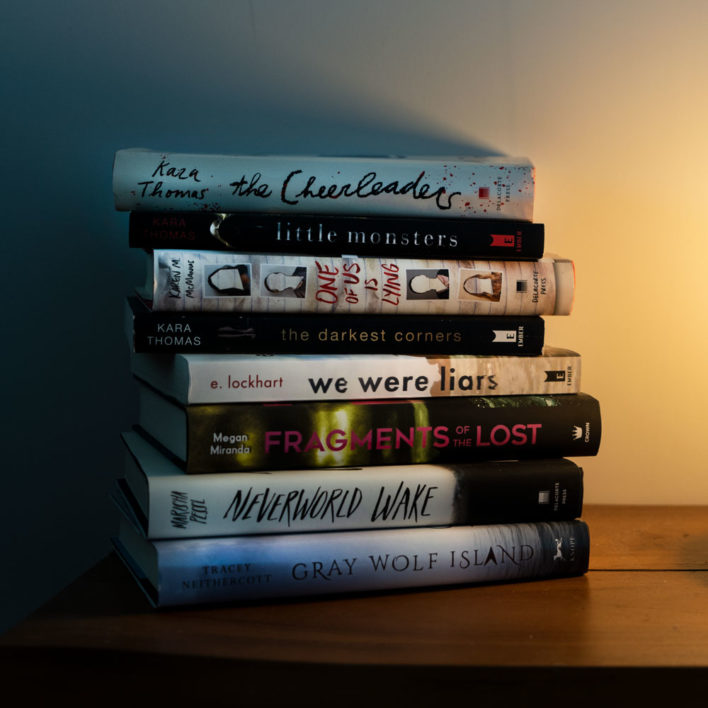 Escape into Fantasy This Summer 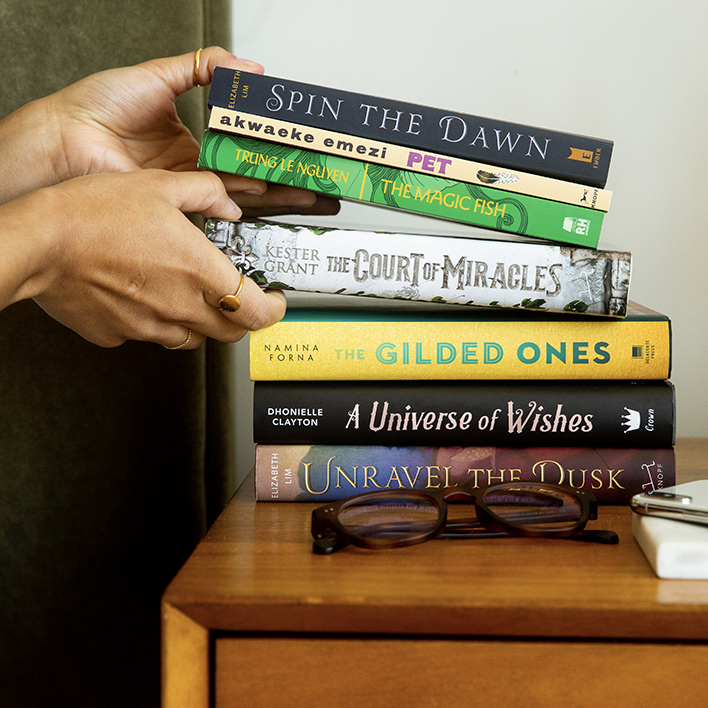