Nic Stone, New York Times bestselling author of the highly acclaimed and deeply powerful Dear Martin, is back with her second YA novel Odd One Out, a story about self-discovery told in three voices.

In TeenVogue, Nic shared a letter to her teenage self, addressing that burning high school question we all ask ourselves: who am I? And who will I become?

Nic Stone's letter, and her books, share the powerful message that becoming you is a process, and it won't end in high school.  Read the letter here. . .

Dear Andrea (as you were called back then),

You’re sixteen and confused. Hiding a lot of things — about yourself, about stuff you think and feel and question, about what life is really like for you at home — in pursuit of the kind of low-drama profile that’ll keep you high-profile in the eyes of your peers.

You’re a cheerleader. Anchor on the daily announcements. Relatively popular — people know who you are and seem to like you. You’re also isolated and feel unloved: you’re the only black kid in the majority of your classes, and you’re nursing crushes on multiple male friends — all of which are unrequited.

Nobody knows it, but this strange dual existence where everybody seems to like you but no one likes you, likes you is disorienting. And you’re lonely. You feel like no one really cares to knowyou. You’re the shoulder everybody else cries on, the keeper of all secrets... but there’s really no shoulder for you. At least you don’t feel like there is. Everyone thinks you’re living your best life. That you have it all together. That your fire and smiles are genuine.

They aren’t, of course, but it’s not your fault. The way you’re conditioned to view the world is designed to keep you dissatisfied. To make you question everything about yourself and whether you’re good enough. To make you feel not only unaccepted, but unacceptable.

There are labeled boxes you’re told you have to fit into. And it gets confusing. Trying to maintain the “Christian” box you jammed yourself into after seeing a play about heaven and hell at your daddy’s church while also trying to keep yourself in the “cool kid” box at school. Trying to maintain the “gifted/honors/model student” box — proving your right to be there — while dodging the “oh-she-think-she-white” box some of the people around who look like you want to shove you into. Outright avoiding the “pretty-sure-I’m-attracted-to-other-girls” box (people, especially some of the ones crammed into the “Christian” box with you, don’t look too kindly on boxes with rainbows on the side).

Truth is, you’re exhausted. You’re so busy trying to arrange all the boxes in a way that’ll make them fit together (which is impossible, by the way), you don’t even know who you actually are.

And that’s okay. That’s what I’m writing to tell you. Where you are right now: trying to figure out which way is up and how to deal with your questions and confusion — that’s a perfectly acceptable place to be.

In fact, anywhere you are is perfectly okay. When you’re in your sad place, that’s okay. When you’re so angry all you can do is go to sleep, that’s okay, too. Wanting to get away from home as quickly as possible is okay. Not knowing if you really enjoyed kissing that friend — is okay. (You did enjoy it, by the way. A lot. You’ll go on to enjoy kissing other girls, too.)

You’re going to start college and only last a semester before dropping out — totally okay, too.

You’re going to marry a dude before openly, proudly embracing your love for and attraction to women — also okay.

And you’re going to become disillusioned. You’re going to experience that initial explosive, fizzling, snap-crackle-pop of love, and feel it simmer down into a daily decision to love and support another human being. You’re going to learn that books, movies, and music are full of beautifully lofty ideals, but that real life isn’t so neatly packaged: you will get hurt and you will hurt others. You’re going to realize the stuff you’ve been told you’re supposed to want isn’t always realistic. You’ll see that no matter how successful you become or how much good you attempt to do in the world, there will always be feelings of failure.

And that’s probably the okay-est thing of all. Because the world will never stop kicking boxes your way. It’ll never stop telling you there’s something wrong with you for not fitting into any of them. Or that you’ll finally find happiness if you just shove yourself inside one or two.

And you don’t know it yet, but I can tell you: setting the boxes on fire — eliminating all the ought/should/supposed-to that make up the box walls so the is can just be — is the best thing you’ll ever decide to do.

Because in a world that actively wars against contentment, fulfillment, satisfaction, and happiness, being okay with your feelings and questions, with not fitting the boxes — loving yourself and whomever else you so choose — is not only an act of rebellion.

From the #1 New York Times bestselling author of Dear Martin comes an honest and touching depiction of friendship, first love, and everything in between. Perfect for fans of Love, Simon and What If It's Us.

Courtney Cooper and Jupiter Sanchez (Coop & Jupe!) have been next-door neighbors and best friends since they were seven-... 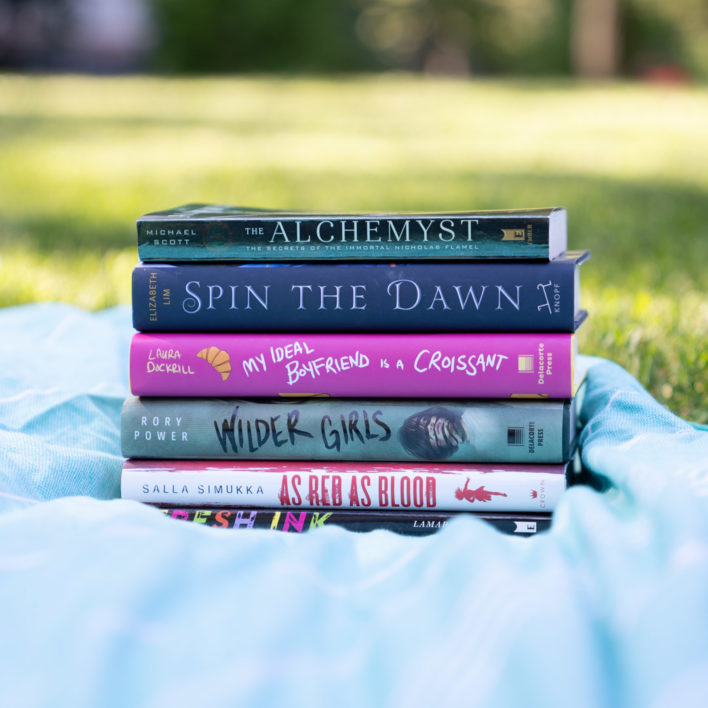 Unpublished Journal Entry from What to Say Next 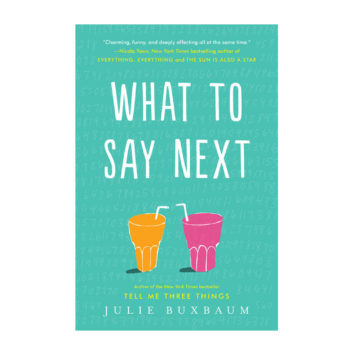