With holiday cheer, stunning sequels, and a National Book Award finalist, this list of November new releases will be sure to delight! Check out our new books this month...

All I Want for Christmas

New from Underlined Paperbacks! This sweet and magical romance about a girl who has just one wish—someone to kiss under the mistletoe—is the perfect holiday escape!

Bailey Briggs is counting down the days to Christmas: she lives for holiday music, baking cookies, going on snowy sleigh rides,and wearing her light-up reindeer ears to work at Winslow’s bookstore. But all she really wants this year is the one thing she doesn’t have: someone special to kiss under the mistletoe. And she’s 100 percent certain that that someone isn’t Jacob Marley—athlete, player, and of questionable taste in girlfriends—and that Charlie, the mysterious stranger with the British accent, is the romantic lead of her dreams. Is she right?

This will be a December to remember, filled with real-life Christmas magic… and, if she stays on Santa’s nice list, a wish that just might come true.

A darkly funny thriller about one boy’s attempt to unravel the mysterious phenomenon affecting students in his new town, as he finds a way to resist sinister forces and pursue hope for them all.

Wallace Cole is perpetually moving against his will. His father has some deeply important job with an energy company that he refuses to explain to Wallace who is, shall we say, suspicious. Not that his father ever listens to him. Just as Wallace is getting settled into a comfortable life in Kentucky, his father lets him know they need to immediately depart for a new job in a small town in Upstate New York which has recently been struck by an outbreak of inexplicable hysterics—an outbreak which is centered at the high school Wallace will attend.

In the new town, go from disturbing to worse: trees appear to be talking to people; a school bully, the principal, and the town police force take an instant dislike to Wallace; and the student body president is either falling for him or slipping into the enveloping darkness. Bright Shining World is a novel of resistance, of young people finding hope and courage and community in a collapsing world.

EVERYTHING IS AS IT SHOULD BE IN CAMELOT: King Arthur is expanding his kingdom’s influence with Queen Guinevere at his side. Yet every night, dreams of darkness and unknowable power plague her.

Guinevere might have accepted her role, but she still cannot find a place for herself in all of it. The closer she gets to the people around her—Brangien, pining for her lost love Isolde; Lancelot, fighting to prove her worth as Queen’s knight; and Arthur, everything to everyone and thus never quite enough for Guinevere—the more she realizes how empty she is. She has no sense of who she truly was before she was Guinevere. The more she tries to claim herself as queen, the more she wonders if Mordred was right: she doesn’t belong. She never will.

When a rescue goes awry and results in the death of something precious, a devastated Guinevere returns to Camelot to find the greatest threat yet has arrived. Not in the form of the Dark Queen or an invading army, but in the form of the real Guinevere’s younger sister. Is her deception at an end? And who is she really deceiving—Camelot, or herself?

For Dash and Lily, it’s beginning to look a lot like…distance! Just in time for the series release of Dash & Lily on Netflix comes a new helping of love—this time across the pond as best-selling authors Rachel Cohn and David Levithan send Dash and Lily to England.

Dash and Lily were feeling closer than ever…it’s just too bad they’re now an ocean apart. After Dash gets accepted to Oxford University and Lily stays in New York to take care of her dogwalking business, the devoted couple are struggling to make a long distance relationship work. And when Dash breaks the news that he won’t be coming home for Christmas, Lily makes a decision: if Dash can’t come to her, she’ll join him in London. It’s a perfect romantic gesture…that spins out of Lily’s control. Soon Dash and Lily are feeling more of a gap between them, even though they’re in the same city. Will London bring them together again—or will it be their undoing?

Perfect for readers of Neil Gaiman and Philip Pullman, a sweeping historical fantasy that follows two teens on a journey through the Far Country, a Jewish land of spirits and demons.

For the Jews of Eastern Europe, demons are everywhere: dancing on the rooftops in the darkness of midnight, congregating in the trees, harrowing the dead, even reaching out to try and steal away the living.

But the demons have a land of their own: a Far Country peopled with the souls of the transient dead, governed by demonic dukes, barons, and earls. When the Angel of Death comes strolling through the little shtetl of Tupik one night, two young people will be sent spinning off on a journey through the Far Country. There they will make pacts with ancient demons, declare war on Death himself, and maybe— just maybe—find a way to make it back alive.

Drawing inspiration from the Jewish folk tradition, The Way Back is a dark adventure sure to captivate readers of Neil Gaiman’s The Graveyard Book and Philip Pullman’s The Book of Dust.

Rocky meets I’m Not Your Perfect Mexican Daughter in this YA novel about a young female boxer who learns to fight for what she wants.

Gravity “Doomsday” Delgado is good at breaking things. Maybe she learned it from her broken home.

But since she started boxing with a legendary coach at a gym in Brooklyn, Gravity is finding her talent for breaking things has an upside. Lately, she’s been breaking records, breaking her competitors, and breaking down the walls inside her. Boxing is taking her places, and if she just stays focused, she knows she’ll have a shot at the Olympics.

Life outside the ring is heating up, too. Suddenly she’s flirting (and more) with a cute boxer at her gym—much to her coach’s disapproval. Meanwhile, things at home with Gravity’s mom are reaching a tipping point, and Gravity has to look out for her little brother, Ty. With Olympic dreams, Gravity will have to decide what is worth fighting for.

Return to the series BuzzFeed compared to Ready Player One with the third book in the fast-paced trilogy from New York Times bestselling authors Jason Segel and Kirsten Miller that’s perfect for fans of HBO’s Westworld.

Simon, Kat, Busara, and Elvis are on the run with the tech super-villains at the Company hot on their heels. The new VR gaming experience created by the Company, OtherEarth, will change how the world experiences gaming. Paired with the hardware the Company developed, it has the potential to alter our reality forever.

The Company is on its way to becoming the world’s newest superpower. And Simon is determined to shut them down forever. But to do that, he’ll have to survive OtherLife—the next phase of gaming, and a complete reality reboot.

The windows between the many worlds have been sealed and the momentous adventures of Lyra Silvertongue’s youth are long behind her—or so she thought. Lyra is now a twenty-year-old undergraduate at St. Sophia’s College and intrigue is swirling around her once more. Her daemon Pantalaimon is witness to a brutal murder, and the dying man entrusts them with secrets that carry echoes from their past.

The more Lyra is drawn into these mysteries, the less she is sure of. Even the events of her own past come into question when she learns of Malcolm Polstead’s role in bringing her to Jordan College.

Now Lyra and Malcolm will travel far beyond the confines of Oxford, across Europe and into the Levant, searching for a city haunted by daemons, and a desert said to hold the truth of Dust. The dangers they face will challenge everything they thought they knew about the world, and about themselves.

From the #1 New York Times bestselling author of the Reckoners series, Words of Radiance, the Mistborn trilogy, and the Stormlight Archive comes the sequel to Skyward. The epic adventure continues in this story of a girl with a secret in a dangerous world at war for humanity’s future. 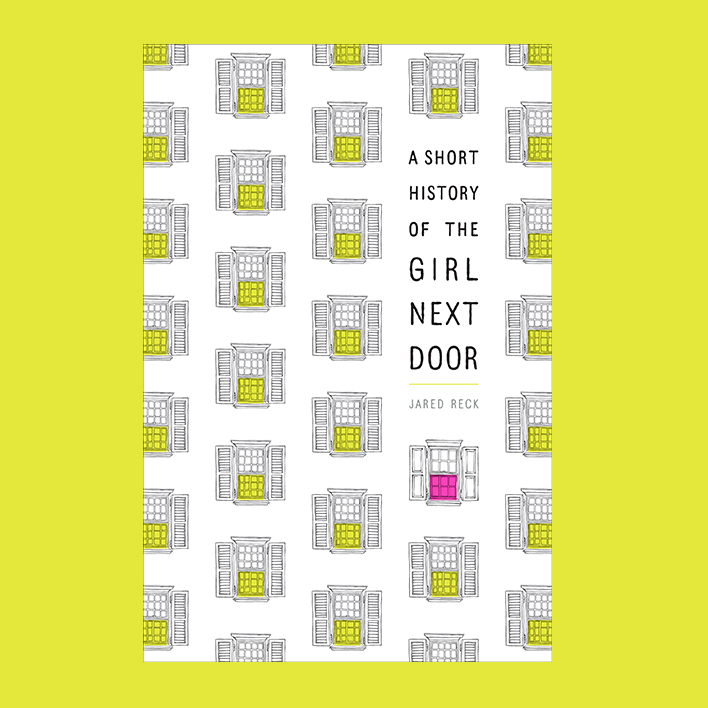 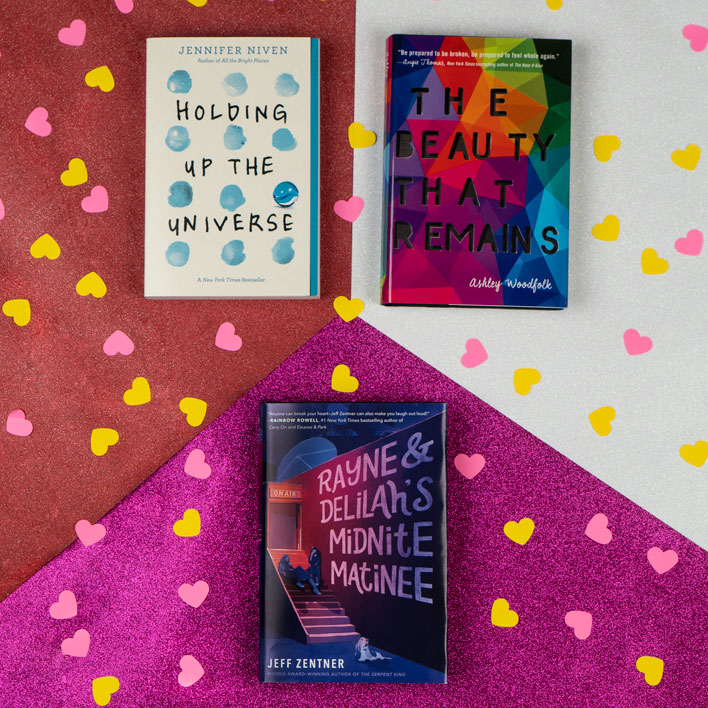