23 Stories That Explore Perspective and Experience

In this list, we’ve rounded up twenty-three powerful stories about hope, resilience, and perseverance that explore perspective and experience. Whether you love rom-com, fantasy, memoir, or contemporary fiction, there is something here for every reader.

This diverse list of books are what Dr. Rudine Sims Bishop, renowned scholar and professor, calls windows, mirrors, and sliding glass doors. She wrote, “Books are sometimes windows, offering views of worlds that may be real or imagined, familiar or strange. These windows are also sliding glass doors, and readers have only to walk through in imagination to become part of whatever world has been created and re-created by the author. When lighting conditions are just right, however, a window can also be a mirror. Literature transforms human experience and reflects it back to us, and in that reflection we can see our own lives and experiences as part of the larger human experience. Reading, then, becomes a means of self-affirmation, and readers often seek their mirrors in books.”

We hope you enjoy reading and discussing these stories as much as we do!

10 Things I Can See From Here

Perfect for fans of John Green's Turtles All the Way Down and Nina LaCour's We Are Okay, this is the poignant and uplifting story of Maeve, who is dealing with anxiety while falling in love with a girl who is not afraid of anything.

Maeve has heard it all before. She’s been struggling wi...

From the award-winning author of Monster, this collection of powerful and poignant stories about 145th Street—an unforgettable block in the heart of Harlem—celebrates African-American life in all of its glory.

“Myers is a master.” —The New York Times Book Review

On Harlem’s 145th Street, things happen that don’t happen anywhere else in the world.

In development as a television series from Reese Witherspoon’s Hello Sunshine production company and ABC Studios!

This hilarious, poignant and true story of one teen's experience growing up in America as an undocumented immigrant from the Middle East is an increasingly necessary read in today's divisive world. Perfect for fans of Mindy Kaling and Trevor Noah's books.

Told from three diverse points of view, this story of life and love after loss is one Angie Thomas, the #1 New York Times bestselling author of The Hate U Give, believes "will stay with you long after you put it down."

We've lost everything . . . and found ourselves.

Loss pulled Autumn, Shay, and Logan apart. Will music bring them back together?

By Abdi Nor Iftin

Adapted from the adult memoir, this gripping and acclaimed story follows one boy's journey into young adulthood, against the backdrop of civil war and his ultimate immigration to America, in search of a better life.

In Somalia, Abdi Nor Iftin grew up amidst a blend of cultures. His mother entertained him with vivid folktales and bold stories about her rural, nomadic upbrinding. As he grew older, he spent his days following his fathe...

A powerful coming-of-age novel, pulled from personal experience, about the meaning of friendship, the joyful beginnings of romance, and the racism and religious intolerance that can both strain a family to the breaking point and strengthen its bonds.

Growing up in an affluent suburb of New York City, sixteen-year-old Nevaeh Levitz never thought much about her biracial roots. When her Black mom and Jewish dad split up, she relocates ...

"One of the most adorable, big-hearted, charming books in existence." --Becky Albertalli, #1 New York Times bestselling author of Simon vs. the Homo Sapiens Agenda

What If It's Us meets To All the Boys I've Loved Before in this upbeat and heartfelt boy-meets-boy romance that feels like a modern twist on a '90s rom-com!

The stunning sequel to the #1 New York Times bestseller Dear Martin. Incarcerated teen Quan writes letters to Justyce about his experiences in the American juvenile justice system. Perfect for fans of Jason Reynolds and Angie Thomas.

In the highly anticipated sequel to her New York Times bestseller, Nic Stone delivers an unflinching look into the flawed pra...

"A must-read!” –ANGIE THOMAS, #1 New York Times bestselling author of The Hate U...

For fans of The Wire and Unbroken comes a story of two fatherless boys from Baltimore, both named Wes Moore. One is in prison, serving a life sentence for murder. The other is a Rhodes Scholar, an army veteran, and an author whose book is being turned into a movie produced by Oprah Winfrey.

The story of “the other Wes Moore” is one that the author couldn’t get out of his mind, not since he learned that a...

All it takes to rewrite the rules is a little fresh ink in this remarkable YA collection from thirteen of the most recognizable diverse authors writing today including Nicola Yoon, Jason Reynolds, Melissa de la Cruz, and many more, and published in partnership with We Need Diverse Books.

"This awesome anthology came together with the fantastic organization We Need Diverse Books, and...combines an all-star cast of talent." -...

"An unflinchingly honest, eye-opening, heartful story that's sure to keep readers talking." --Angie Thomas, #1 New York Times bestselling author of The Hate U Give and On the Come Up

The Absolutely True Diary of a Part-Time Indian meets Jane the Virgin in this poignant but often laugh-out-loud funny contemporary YA about losing a sister and finding yourself amid the pressures, expectations, and stereotypes of growing up in a Mexican American home.

Perfect Mexican daughters do not go away...

Get ready for season 4 of the popular TLC show I Am Jazz! Teen advocate and trailblazer Jazz Jennings--named one of "The 25 Most Influential Teens" of the year by Time--shares her very public transgender journey, as she inspires people to accept the differences in others while they embrace their own truths.

"[Jazz's] touching book serves as a rallying cry for understanding and acceptance."–Bustle

In this very personal work--adapted from the original #1 bestseller, which the New York Times calls "as compelling as T...

Tiến loves his family and his friends…but Tiến has a secret he's been keeping from them, and it might change everything. An amazing YA graphic novel that deals with the complexity of family and how stories can bring us ...

Newbery Award-winning and New York Times bestselling author Matt de la Peña's Mexican WhiteBoy is a story of friendship, acceptance, and the struggle to find your identity in a world of definitions.

Danny is tall and skinny. Even though he’s not built, his arms are long enough to give his pitch a power so fierce any college scout would sign him on the spot. Ninety-five mile an hour fastball, but the boy&r...

Now in paperback, the National Book Award finalist and genre-defying novel by award-winning author Akwaeke Emezi that explores themes of identity and justice. Pet is here to hunt a monster. Are you brave enough to look?

There are no monsters anymore, or so the children in the city of Lucille are taught. Jam and her best friend, Redemption, have grown up with this lesson all their life. But when Jam meets Pet, a creature made ...

The #1 New York Times bestseller and National Book Award Finalist from the author of Everything, Everything is now a major motion picture starring Yara Shahidi and Charles Melton! This movie tie-in edition features key movie cover art and a photo insert.

Natasha: I’m a girl who believes in science and facts. Not fate. Not destiny. Or dreams that will never come true. I’m definitely not the kind of girl w...

In the vein of powerful reads like The Hate U Give and The Poet X, comes poet Morgan Parker's pitch-perfect novel about a black teenage girl searching for her identity when the world around her views he...

Walk Toward the Rising Sun

The amazing autobiography of a young Sudanese boy who went from a child soldier and struggling refugee to international peace activist and Hollywood actor.

Sudan, 1980s: Ger Duany knew what he wanted out of life--make his family proud, play with his brothers and sisters, maybe get an education like his brother Oder suggested, and become a soldier for his people when he's old enough. But then his village was att...

Books That Will Inspire the Activist In You 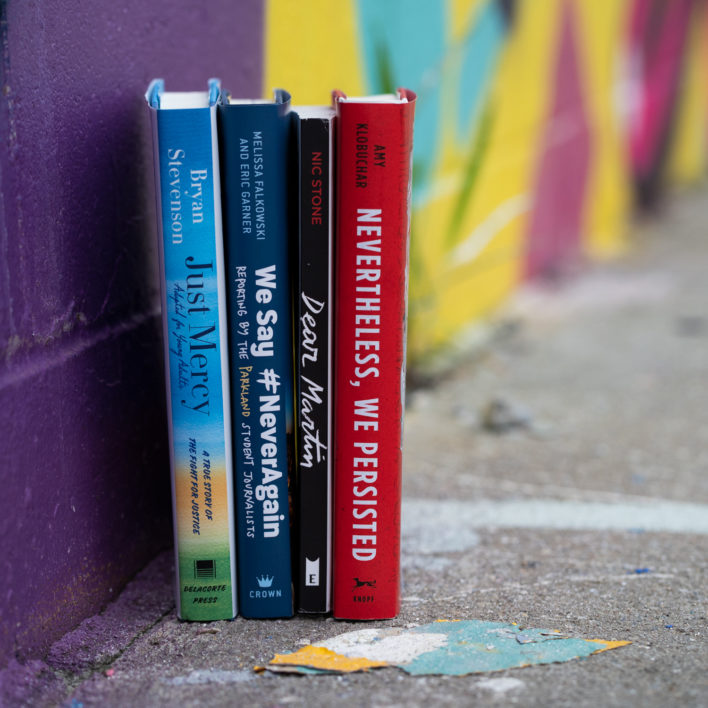 The Most-Anticipated YA Books to Read This Fall 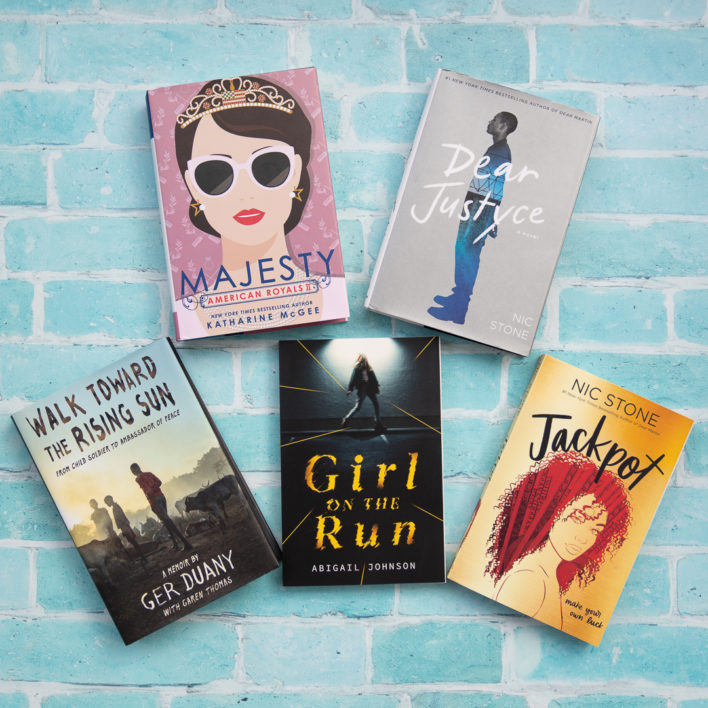