10 YA Books to Read for Black History Month

Black history isn’t something that can be confined to one month, so we’re kicking off a year of celebrating incredible stories and authors who are making history. From nonfiction to fantasy, you’ll experience stories about passionate characters who fight for justice and equality. You’ll experience fear, heartbreak, love, and joy as you read through this collection of incredible YA books that celebrate black history and African American culture.

“A thing that is happening happens whether you look at it or not. And yes, maybe it is easier not to look.”

Jam lives in a monster-free city. But when a creature named Pet climbs out of her mother’s painting, Jam discovers that her supposedly perfect city hasn’t eradicated monsters as she was told. They’ve simply hidden them. No adults will acknowledge that there are still monsters lurking, so it’s up to Jam to expose the horror. But how do you save the world from monsters if no one will admit they exist?

“We continue living our lives and fighting the fight. You can’t just let people control you with their hate.”

Starting over at a new school is never easy, but Simone is determined to make it work. When she starts to fall in love with a boy named Miles, she knows she has to tell him she’s HIV positive. But something like that doesn’t just roll off the tongue. With drama, blackmail, and romance, this story is a must-read.

“You ever consider that maybe you not supposed to ‘fit’? People who make history rarely do.”

This novel packs an extra-strong punch. Justyce has managed to stay at the top of his exclusive prep school class, but that doesn’t keep trouble away. As he tries to make sense of the large and small injustices around him, he starts writing a journal to Dr. Martin Luther King Jr. Emotional and important, this read will leave a lasting impression on you.

If you haven’t read this book yet, then grab a copy ASAP. You’ll adore this novel about a girl with a rare disease finding love. Not only is it one of the cutest YA romances you’ll read, but it’s also a beautiful reminder to enjoy your life and the time you have.

The Sun Is Also a Star by Nicola Yoon

“If people who were actually born here had to prove they were worthy enough to live in America, this would be a much less populated country.”

This is another heartfelt, fate-filled YA romance from the author who stole your heart with Everything, Everything. One day before her family is slated for deportation to Jamaica, Natasha meets and falls in love with a boy named Daniel. Filled with destiny and romance, this novel begs to be read again and again.

Who Put This Song On? by Morgan Parker

“If centuries of literal enslavement—plus a hundred more years of figurative enslavement, and then decades of discrimination—is the definition of ‘rushing’ progress, well, damn.”

If you want a book that tackles timely issues head-on, pick up a copy of Who Put This Song On? Raw and honest, this novel, set during the late 2000s, explores depression, suicidal thoughts, racism, sexuality, and religion.

“The most memorable thing about Walter was how insistent he was that he’d been wrongly convicted.”

Dive into the incredible true story of Bryan Stevenson’s fight to free the wrongly imprisoned. This powerful story is both timely and important. It shines a light on the flaws in the American justice system and challenges us to do better. Thought-provoking and moving, this nonfiction book will keep you glued to the page.

“All those years, Father endured being sneered at and excluded—for me. For the promise that I would one day be proven and show everyone I belonged in the village. But I am exactly what they said I was, only worse—so, so much worse.”

Get ready to be swept up into this West African–inspired fantasy about a girl who is deemed impure because of the color of her blood. When she is given the opportunity to leave her home and fight on behalf of the emperor, she can’t turn it down. With themes of identity, discrimination, and rising above the odds, this wildly entertaining novel will keep you on the edge of your seat.

This Is My America by Kim Johnson

“It wasn’t about the race of his attorney, but about being a Black man on trial in a town that never accepted us. Everyone wanted an answer to a heinous crime, and it was easier to think it was an outsider—someone ‘not like them.’”

For years, Tracy has been writing letters to an organization that helps wrongfully convicted people. She pleads with them to help her father, an innocent man on death row. When her brother is also wrongfully accused of murder, it’s up to Tracy to figure out what happened and prove her brother’s innocence.

When You Were Everything by Ashley Woodfolk

“You only get a few truly priceless people in your lifetime. You should fight like hell to hold on to them.”

Cleo and Layla used to be best friends. But when a misunderstanding balloons into something more, the girls turn on each other. As they move forward, they learn more about themselves, make new friends, and discover that growing up can be painful. This heart-wrenching and hopeful story about a best friend breakup will have you reaching for the tissue box.

Writing Prompts Inspired by Every Day and Someday by David Levithan 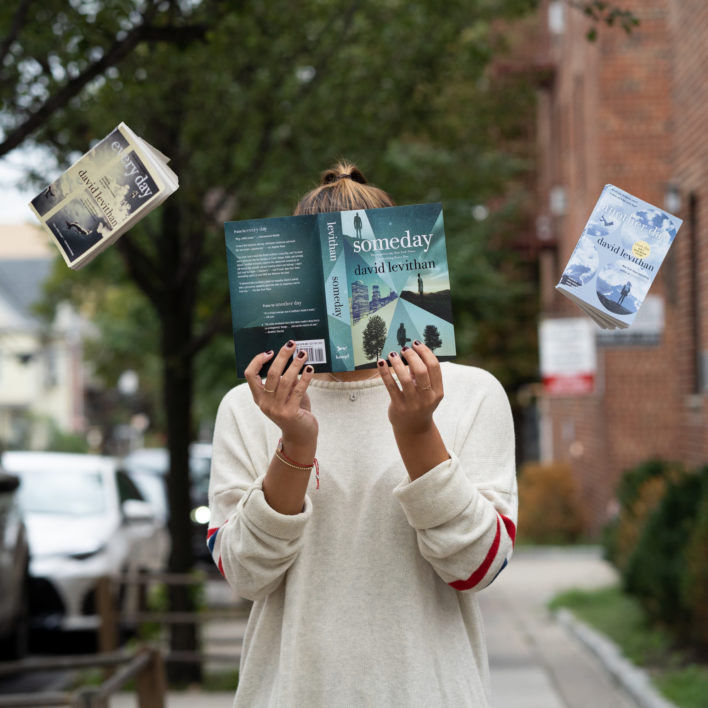