Q&A with Vesper Stamper, Author of What the Night Sings

What the Night Sings by Vesper Stamper is on the longlist for the 2018 National Book Award for Young People’s Literature. We’re getting an inside look at her inspiration and process in this Q&A with her publicist, Josh Redlich, who has a personal connection to the story.

As an Orthodox Jew who grew up going to Jewish day schools, I am no stranger to Holocaust fiction. And while each addition to the category is a necessary and important reminder of the horrors of Nazi Germany and an essential step in making sure such a thing never happens again, What the Night Sings is particularly special to me. Unlike every other Holocaust book I’ve read—Jane Yolen's The Devil’s Arithmetic, Lois Lowry’s Number the Stars, Markus Zusak’s The Book Thief—this novel delves into life after the war. It is a seldom-told but equally important story of the survivors who had to rebuild their lives after losing everything—their families, their friends, their homes, their identities. Working with Vesper Stamper to help promote her book has been such a meaningful experience, and I am excited to share some behind-the-scenes details with you.

1. What inspired you to tell this story as an illustrated novel?

It started as an illustration project, not a writing project! I was in grad school at SVA, and we had to do a book on the subject of our choice. It was an experiment from the beginning; I thought I’d write a short story to accompany the illustrations. I never expected it to turn into a novel! But that’s what the story wanted, so I listened and obeyed.

2. Can you describe how you made the art? Did you choose this style of art for any particular reason?

I’ve always been a multidisciplinary artist. I bounce around a lot between illustration, which is my main focus, and music and writing. I live in my sketchbook, and I never leave home without it! Usually I’ll have an image in my head, and that’s the first kernel of an idea. I’ll try to get it right in my sketchbook. Then I’ll write a bit about the drawing, and sometimes a story will emerge. That’s also what helps me to know which parts of the story should be told through the words and what should remain as an illustration.

The art in What the Night Sings actually started as linoleum prints, but I quickly switched to working in this sepia-toned ink wash. To me, the effect looked similar to the archives of photographs and films from the time of the Holocaust, so I could express that kind of familiarity and emotion, while choosing different imagery that spoke more about the inner worlds of the characters than their external circumstances.

3. How long did you work on What the Night Sings? Did the book change drastically over time? What’s something that you decided to drop or change?

From my initial sketches and notes to holding the finished book in my hands, What the Night Sings took almost exactly three years! It was such a difficult but fulfilling process. The artwork didn’t change all that much from the time my editor at Knopf first saw it—I created a few new pieces and tweaked some others—but together, I think we brought the novel to a whole new level, really focusing on the love story. It originally had a totally different ending in which Gerta found out she was pregnant! In fact, Gerta was originally a woman in her thirties, until it became obvious that she had to be a teenager. Once I made that decision, the story told itself!

4. Which illustration are you most proud of, and why?

As an artist, the struggle is always taking what’s in your head and doing it justice on paper. I love the illustration of Gerta under the roots of the tree. To me, it captures the essence of the story as a whole—that kind of middle space she finds herself in. She’s wearing new clothes and she’s not starving anymore, but her life and her sense of self have been uprooted. She’s trying to make sense of the world as it now is, trying to hold on to anything she remembers of the past, and trying to figure out where to put down her own roots.

5. While What the Night Sings is a work of fiction, the horrors portrayed in it are not. Is Gerta’s story based on an actual Holocaust survivor?

Gerta’s story is based on those of several survivors, some of whom I was fortunate to speak to personally and some whose testimonies I read or watched. I tried to honor their stories by sharing some of the lesser-known specifics of what Jews suffered in the Holocaust.

The story of the Auschwitz Women’s Orchestra is best told by Anita Lasker-Wallfisch. The story of the wedding dress made from a parachute is also true. But once I had an idea of who Gerta was, I tried to get quiet and imagine her walking through the many situations I read about in stories like Elie Wiesel’s Night and Viktor Frankl’s Man’s Search for Meaning.

6. I know you did extensive research for What the Night Sings, including a trip to concentration camps. What was something you learned that you hadn’t known before? Was there anything in particular that struck a chord with you?

At a certain point in my research, when the manuscript was about 75 percent done, I knew I had exhausted what I could read about in books and I needed to walk in Gerta’s footsteps. I also felt that I needed to pay my respects to those who died, because I wasn’t just writing a book. I felt a responsibility to carry on the stories of the survivors, who we are losing to old age, for the next generation.

The most surprising place to me was Terezín, a small town that was used as a concentration camp called Theresienstadt. I’ve never been anywhere like it. It’s inhabited today—it’s hard to believe that people live in the same buildings that used to house Jews waiting to be deported to Auschwitz. I don’t believe too much in haunted places, but it was like a town completely devoid of light.

Visiting Auschwitz was also very sobering. I sat with a British youth group at one of the crematoria, and their rabbi invited anyone to share the names of family members who perished in the Holocaust. The cantor chanted their names, and we all honored their memories in song. The survivor who was accompanying them was an elderly man in a wheelchair whose entire family had been murdered in that crematorium. I felt very deeply connected to those who died; I’ll carry that with me for the rest of my life.

7. What’s been the most exciting thing for you about having What the Night Sings out in the world?

The best thing in the whole wide world is when I hear from readers that this is one of their favorite books and they’ve learned things about the Holocaust they never knew. That gives me hope that we’re holding the responsibility of remembrance together, as author and readers. The other great part of it is holding the physical book in my hands—my designers took such incredible care of my work, and the book itself is a gorgeous art object!

8. What do you hope readers take away from What the Night Sings?

I hope that everyone who reads What the Night Sings will feel like Gerta and Lev are their friends, characters they care about deeply and feel protective of. If that translates into the realization that we are all our brother’s keepers, we can truly work toward a peaceful world. I love when readers tell me that they find it to be a story of hope. I think the pursuit of music and the surprise of love has a lot to do with that.

Something unexpected I hear a lot is that because What the Night Sings is both illustrated and available as an audiobook, it helps reluctant and struggling readers connect with the story in a way they might not have otherwise. I’m so pleased that it’s helped folks in that way.

9. Do you have anything new in the works? Can you tell us anything about it?

As an illustrator, I’m always working on several things at once, but the biggest thing is that I’m working on a new book with Knopf! I can’t say much about it, but it’s another illustrated YA novel, and it’s set in medieval England. I’m so excited about it, and I hope readers will really love it!

Q&A with Natasha Díaz, Author of Color Me In 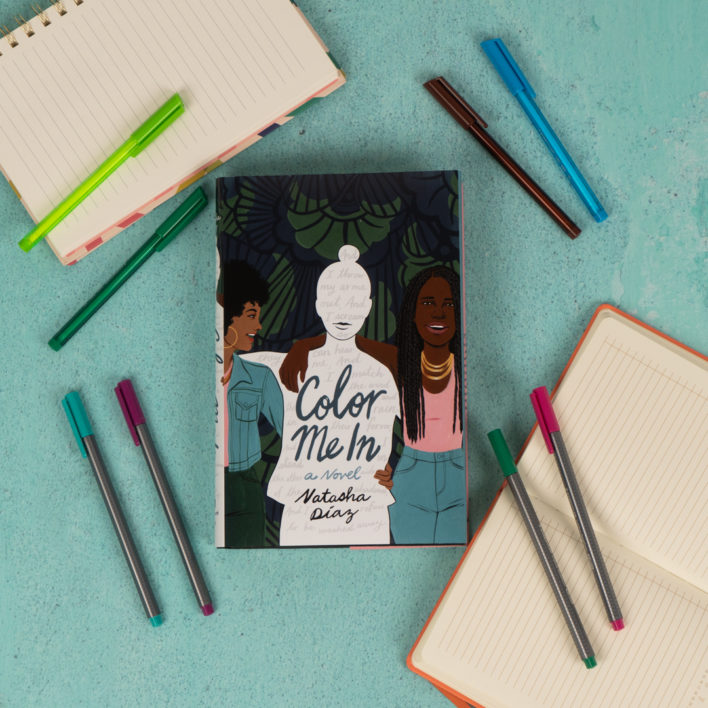 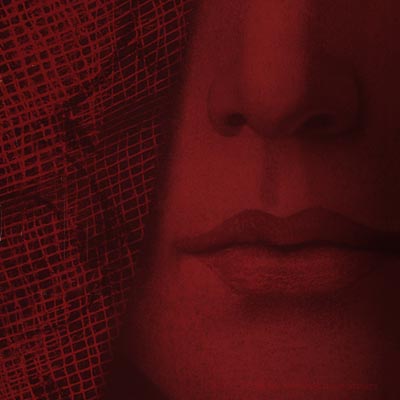