Demitria Lunetta writes some scary books. Like really scary. Her upcoming novel The Fade is a ghost-story thriller about a girl who just knows the hostile presence in her house is the ghosts of four girls who went missing in her town several years ago. The spirits want something from her, and if she can’t figure out what, she might be next. Um, yeah, scary.

We asked Demitria tell us a little bit about her favorite horror tropes, especially the ones she loves to hate. Check it out!

I LOVE horror movies. The tension. The chills. The gore. I can’t get enough!

One of my first introductions to horror was through sci-fi horror films. I love a good space alien odyssey or an end-of-the-world blood fest. Alien, I Am Legend, The Walking Dead. Anything with creatures and I’m hooked.

I think I love them so much because I know I would not actually survive any creature or end-of-the-world scenario. I’d be zombie food, for sure. See, there I am . . . getting eaten. Oh, well.

To me, the scariest of all horror tropes is definitely the ghost story. There are a bazillion of them, from The Shining to Paranormal Activity and back again. They stick with you for a reason. The idea that something that can harm you is lurking . . . but you can’t fight back because it’s a freaking ghost!

This often goes hand in hand with things that go bump in the night. I always get taken in by the ethereal presence, and I scream when it materializes. And, boy, can I scream.

Oh, and do you know what else gets me every time?! Weird crawling. It sounds so silly, but the first time I saw The Exorcist, I nearly died of fright. Or at least that’s what it felt like to my twelve-year-old self! (And still does today. I’m not going to lie.)

4. The Damsel in Distress

Did I mention that I love gore?

So those are my favorite horror tropes . . . what are some of yours?

Demitria Lunetta is the author of a YA sci-fi duology that includes In the After and In the End. Her latest book, Bad Blood, is a paranormal YA set in Scotland. She is also an editor of and contributing author to the YA anthology Among the Shadows: 13 Stories of Darkness & Light.

Her next novel, The Fade, will be published by Delacorte Press in December 2018.

The Others meets The Cellar in this scary ghost-story thriller from the author of Bad Blood.

We don’t want to disappear.

We want to be found.

Four girls went missing several years ago, and the police never solved the case. But Haley knows the missing girls were murdered. How else can she explain the hostile presence in her house?

The ghostly girls need something from her. And unless Haley can figure out what they want… she might be next. 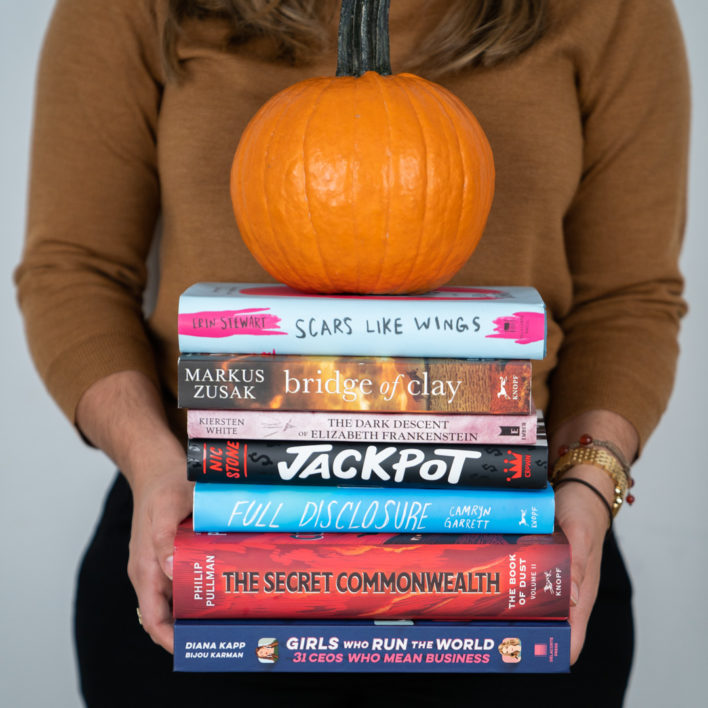 Summer is Heating Up! Check Out Our July Book Picks 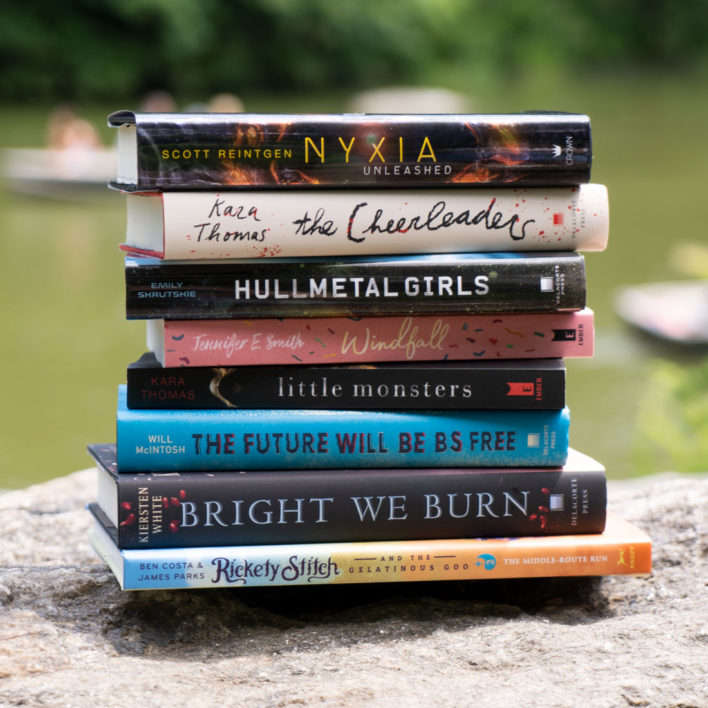