We LOVE talking to authors about their writing processes, so when we got the chance to talk to Marie Lu AND her editor Chelsea Eberly about working on Batman: Nightwalker together, we pretty much died and went to YA heaven.

Here’s what we found out!

Team U: What excited you the most about working on this project?

Marie Lu: I mean—it’s a book about Batman!!!

Batman: The Animated Series was my first exposure to super heroes of any kind, and ever since then, I’ve found Batman’s world fascinating. Bruce Wayne is a character most defined by his villains, so to be able to tackle his little-known teenage years and create a new villain for him to deal with was a real treat. Chelsea and I had a lot of fun going back and forth about Bruce’s characteristics. When it’s my job to make up stuff about Batman, I know I’m in the right profession.

Chelsea E: Like Marie, Batman: The Animated Series was a huge influence on me growing up. That show didn’t pull any punches. I was a Batman fan from that moment on. And I’ve been a Marie Lu fan since Legend. She’s easily one of the biggest YA authors out there, and it’s not just me saying so! Booklist, in their review of Batman: Nightwalker, said, “Lu’s a blockbuster in her own right.” The chance to work with her was incredibly exciting. I leapt at the opportunity!

Team U: And what were you most nervous about?

Marie Lu: Also that it’s a book about Batman! His character is already well established, well known, and much loved by millions around the world. How do I enter into that relationship? And how do I do right by the character, by DC Comics, and by the fans? There were times when I’d turn to Chelsea and just ask, “What would Bruce Wayne do in a situation like this?” (“WWBWD?” My new bracelet.)

It’s not the type of question I’m used to asking. Most of my books are about people living inside my own head. Bruce Wayne was someone I had to get to know.

Chelsea E: Technology. We had corrupted Word docs and track-changes fails—the computer gods were against us. But we powered through!

Marie Lu: OH GOD. I don’t even remember how many random technological things went wrong for us. I do remember the worst one, though—halfway through edits, I sent Chelsea a document that I thought contained all of my revisions. But it turns out it was an older version that only contained half of them. I still feel bad about that one, Chelsea! *shakes fist at the tech gods* But yeah, like Chelsea said . . . we had the Bat on our side in the end.

Chelsea E: Haha! While I was editing that draft, I kept thinking, “It’s odd she didn’t address that note.” And then when I emailed my latest notes back, we realized what had happened! *facepalm* Still, hiccups aside, we got there!

But you probably meant for that question to be about the story itself. . . .

Marie Lu: Okay, aside from our tech issues, figuring out Bruce Wayne’s character was a pretty big hurdle. Early drafts of him felt very unlikable—as if I’d taken Bruce Wayne’s outer reputation of being a bratty playboy to heart too much. Chelsea pulled me back on this and helped me dig out what makes him an empathetic figure. What are the struggles Bruce must have faced as a teenager? Could he trust people? What kind of responsibility did he feel when he first gained access to the empire his parents had worked so hard to build? We must have done at least four or five passes on Bruce before he started feeling likable.

Chelsea E: Now he’s one of my favorite characters! Marie turned him into a loyal friend who is relentlessly curious, which leads to a lot of interesting and dangerous situations. Even though he tends to stir up trouble, he’s definitely someone you’d want to have in your corner! And he throws the best parties.

Team U: Did anything surprise you as you worked?

Chelsea E: I was constantly surprised by Marie’s ingenuity. With each new draft, she would add all of these unique details to the story. The characters and settings kept getting deeper and richer with each pass, which is always the goal of revision work. For example, in the last draft, Marie created this awesome, high-tech gym for Bruce to work out in. Previously it had been a regular old gym. Nothing wrong with it, but nothing special, either. I didn’t see that change coming, but it fit Bruce’s personality and the story perfectly. After I read the new scene, I couldn’t imagine how it had ever been anything different.

Marie Lu: Chelsea makes it sound like the little details are because of me—but really, she pulled it out of me and made it so easy to see what was missing. Chelsea talked to me at one point about technology and how it fit into Bruce’s world, which inspired the change to the gym scene. That’s the best part of collaborating: one person’s comment triggers the other person’s idea, which triggers the first person to expand on it, and so on.

Chelsea E: When you have an author like Marie who can take a note and elevate it, you get really excited about the collaboration. And we had wonderful notes and feedback from Ben Harper at Warner Bros. as well. Working with smart, creative people is what makes this job so much fun! With Batman: Nightwalker, I would get chills with each new read. 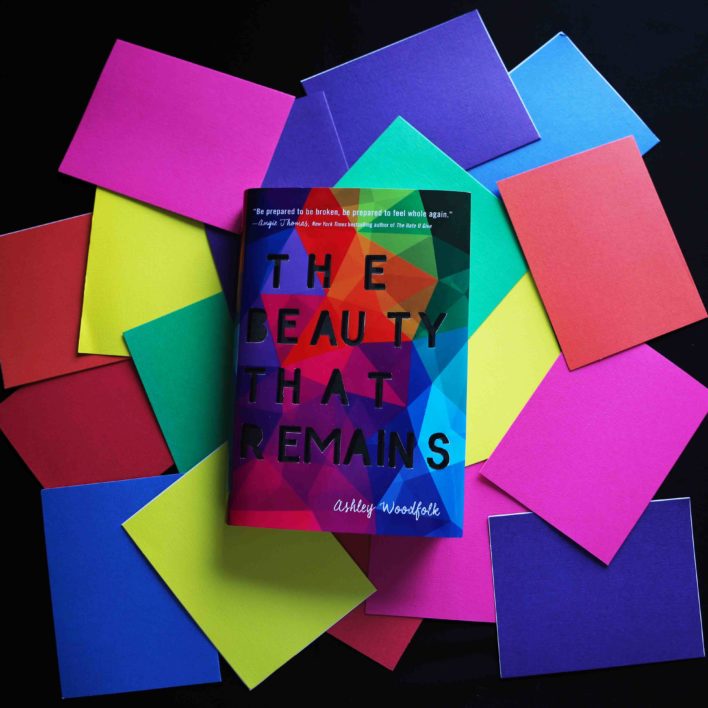 Sneak Peek! Read Chapter One of The Cheerleaders by Kara Thomas! 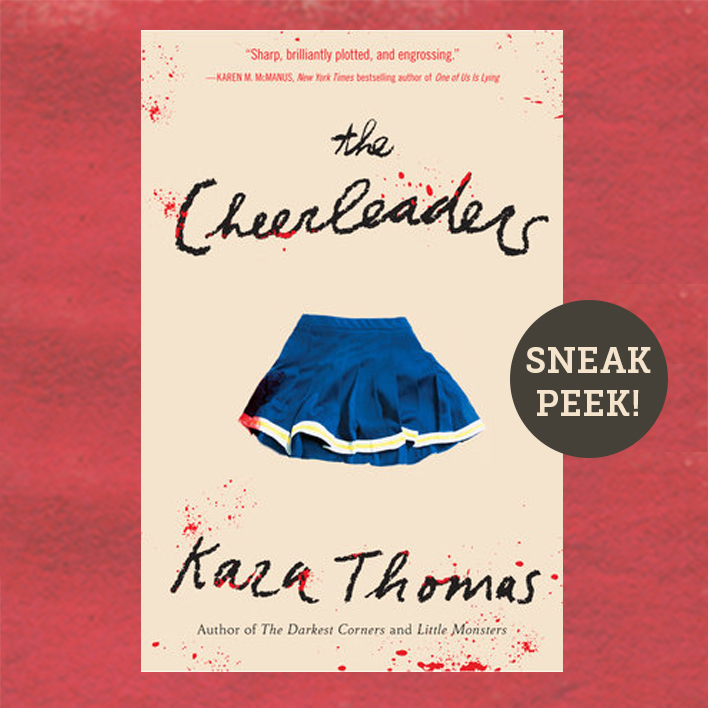