It’s ugly Christmas sweater season and in honor of National Ugly Christmas Sweater Day (totes a real holiday) we decided to spread the wealth and give you a book nerd’s Christmas dream.

Yup, you heard it right, we are giving you the most epic YA book and Ugly Christmas Sweater pairings ever. Fleece Navidad.

This book is on the younger side but we don’t care because Christmas is for the innocent and we give the people what they want. This book will make you fall even more in love with your pooch and put you in the Christmas spirit.

A young boy, living in rural Kentucky, looks forward to the annual Christmas festivities, especially the traditional family cream candy; but, when his favorite dog disappears, he comes to realize that tradition and family have a deeper meaning.

Smartly blending of-the-moment pop culture references and timeless themes, Bates follows her YA debut, "Awkward", with a hilarious, over-the-top adventure about a teen girl who becomes the fake girlfriend of a cute rock star.

Taking a Christmas cruise with her two cousins from hell isn't Holly's idea of a good time. And when seasickness forces her into an open suite, she's pepper-sprayed by a gorgeous guy called Nick. But when Holly makes her exit, she's greeted by a horde of screaming teenage fans. Because Nick happens to be Dominic Wyatt, drummer for one of the hottest bands in America. Suddenly rumours are swirling and Holly's face is plastered all over the Internet. The band can't risk a scandal destroying their family-friendly image, so Dominic convinces Holly to be his fake girlfriend - just for two weeks. How bad could it be to be "fauxmantically" involved with a cute rock star? She's about to find out...

Nothing says "straight outta the North Pole" like some high school gossip in the snowy tundra.

MEET SIXTEEN-YEAR-OLD CANDYCANE CLAUS. She's the most popular girl at North Pole High. Her father is world-famous. And every day is Christmas. What more could any girl want?

BOYS! And the new boy, Rudy Tutti, is hot chocolate. But he hates anything to do with Christmas!

When Candy and Rudy are forced to work together on a school Christmas-tree project, her world is turned upside down: Her grades start to suffer, she loses her taste for ice cream, and now the two North-Star-cross'd teens must contend with her overprotective father — Santa Claus — before Christmas is ruined for EVERYONE!

This light up sweater makes us feel daring so obviously we had to pair it with our girls Dash and Lily.

So begins the latest whirlwind romance from the bestselling authors of Nick & Norah’s Infinite Playlist. Lily has left a red notebook full of challenges on a favorite bookstore shelf, waiting for just the right guy to come along and accept its dares. But is Dash that right guy? Or are Dash and Lily only destined to trade dares, dreams, and desires in the notebook they pass back and forth at locations across New York? Could their in-person selves possibly connect as well as their notebook versions? Or will they be a comic mismatch of disastrous proportions?

Rachel Cohn and David Levithan have written a love story that will have readers perusing bookstore shelves, looking and longing for a love (and a red notebook) of their own.

This book is just as fun to read as riding in a Christmas sleigh. We would know. Read this while you wear your reindeer sweater and have a happy ho ho holiday.

Sparkling white snowdrifts, beautiful presents wrapped in ribbons, and multicolored lights glittering in the night through the falling snow. A Christmas Eve snowstorm transforms one small town into a romantic haven, the kind you see only in movies. Well, kinda. After all, a cold and wet hike from a stranded train through the middle of nowhere would not normally end with a delicious kiss from a charming stranger. And no one would think that a trip to the Waffle House through four feet of snow would lead to love with an old friend. Or that the way back to true love begins with a painfully early morning shift at Starbucks. Thanks to three of today’s bestselling teen authors—John Green, Maureen Johnson, and Lauren Myracle—the magic of the holidays shines on these hilarious and charming interconnected tales of love, romance, and breathtaking kisses.

Are you on the naughty list? In this book, Lila has a lot to figure out and a LOT of explaining to do. Maybe she can get herself back on the nice list before Santa comes.

Seventeen-year-old Lila Beckwith's parents just left for vacation, and Lila's all set to throw the holiday party of the season. But when her Christmas-obsessed little brother, Cooper, discovers that global warming is melting the North Pole, he and his best friend, Tyler, take off on a runaway mission to save Santa. Lila has to get Cooper safely home before her parents get back on Christmas Eve. But the only person who can help her is Tyler's older brother, Beau a.k.a. Lila's musician, anti-everything ex-boyfriend. It'll take more than a Christmas miracle for Lila and Beau to overcome their differences and find their fugitive brothers. But could a journey destined for disaster help these polar opposites fall in love...all over again?

True love = snowmies ….right? You'll love chillin' in this sweater with this book by TWELVE snowmies a.k.a. YA authors.

If you love holiday stories, holiday movies, made-for-TV-holiday specials, holiday episodes of your favorite sitcoms and, especially, if you love holiday anthologies, you're going to fall in love with My True Love Gave to Me: Twelve Holiday Storiesby twelve bestselling young adult writers (Holly Black, Ally Carter, Matt de La Peña, Gayle Forman, Jenny Han, David Levithan, Kelly Link, Myra McEntire, Rainbow Rowell, Stephanie Perkins, Laini Tayler and Kiersten White), edited by the international bestselling Stephanie Perkins. Whether you celebrate Christmas or Hanukkah, Winter Solstice or Kwanzaa, there's something here for everyone. So curl up by the fireplace and get cozy. You have twelve reasons this season to stay indoors and fall in love.

We know we already included these gals but you know what they say… the more the merrier (buddum tss).

We know these girls would appreciate this sweater and break the internet. Dash and Lily have had a tough year since they first fell in love among the shelves of their favorite bookstore. Lily’s beloved grandfather suffered a heart attack, and his difficult road to recovery has taken a major toll on her typically sunny disposition.

With only twelve days left until Christmas—Lily’s favoritetime of the year—Dash, Lily’s brother Langston, and their closest friends must take Manhattan by storm to help Lily recapture the unique holiday magic of a glittering, snow-covered New York City in December.

What book do you like to read in your Ugly Christmas Sweater? Tag us @GetUnderlined!

Pick A Mariah Carey Christmas Outfit, Get a YA Holiday Book Rec! 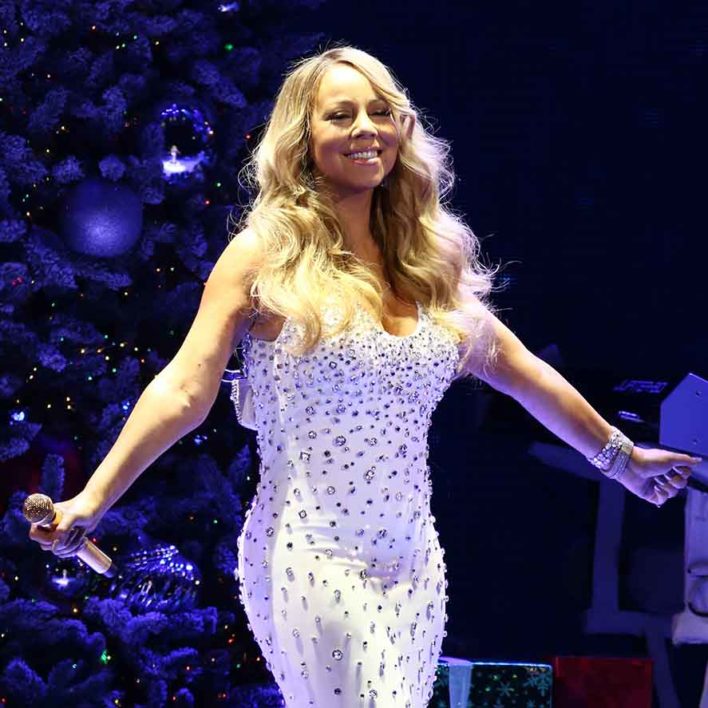 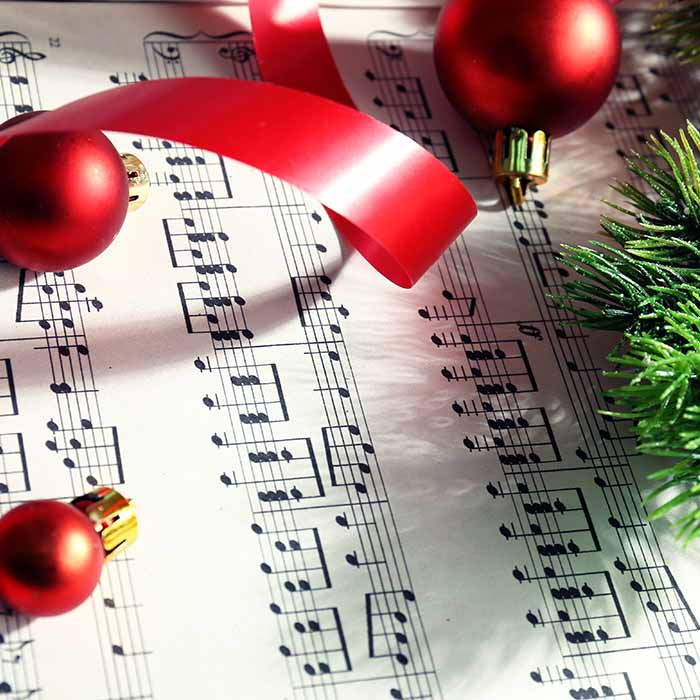