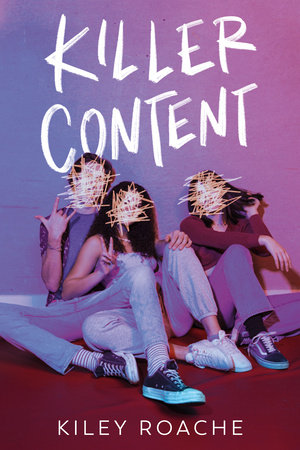 By Kiley Roache
On Sale 11.30.21
Knives Out meets One of Us is Lying! In this paperback original thriller a group of famous TikTokers begin turning on each other when one member of the group is found dead at their beachfront Malibu mansion.

The six teenagers who make up the Lit Lair seem to have it all. A beach front Malibu mansion, millions of TikTok followers, model good looks, and sponsorship deals up to $30,000 per post. Everything's pretty much a Gen-Z paradise. Except that one member of the house has just turned up dead in the infinity pool. And the rest of them are suspects.

When the group TikTok account starts posting cryptic messages about the murder, the police limit their investigation to the members of the house. Now old joke videos are filed as evidence and past rivalries start to look like motives.

As investigators dig into these influencers' lives beyond their glossy internet personalities, they discover all five had reasons their lives would've been easier with Sydney Reynolds dead. But only one of them killed her.

Underlined is a line of totally addictive romance, thriller, and horror paperback original titles coming to you fast and furious each month. Enjoy everything you want to read the way you want to read it.
Read more
Read less
+ Add to My Bookshelf
+ Add to Goodreads