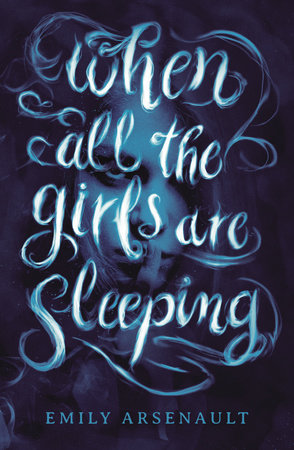 When All the Girls Are Sleeping

By Emily Arsenault
On Sale 07.13.21
For fans of People Like Us and The Cheerleaders comes an all new psychological suspense novel about one girl's investigation into her friend's sudden death and the unsettling possibility that a killer is still on the loose.

Windham-Farnswood Academy is beautiful, prestigious, historic--the perfect place for girls to prep for college. But every student knows all is not as it seems. Each January, the Winter Girl comes knocking. She's the spirit who haunts the old senior dorm, and this year is no exception.

For Haley, the timing couldn't be worse. This month marks the one-year anniversary of the death of her ex-best friend, Taylor. When a disturbing video of Taylor surfaces, new questions about her death emerge. And it actually looks like Taylor was murdered.

Now, as Haley digs into what really happened last year, her search keeps bringing her back to the Winter Girl. Haley wants to believe ghosts aren't real, but the clues--and the dark school history she begins to undercover--say otherwise. Now it's up to her to solve the mystery before history has a chance to repeat itself and another life is taken.