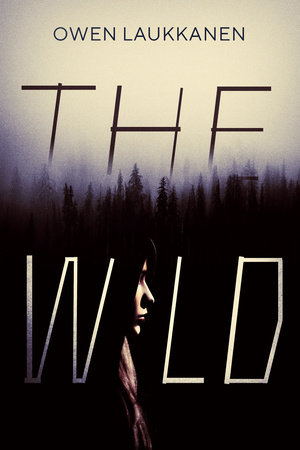 By Owen Laukkanen
A girl is sent against her will to a remote wilderness boot camp where things aren't what they seem in this riveting and twisty paperback thriller.

Dawn isn't a bad person--she's just made some bad choices: wrong guy, wrong friends, wrong everything. But she wasn't expecting her parents to pay a boatload of money to ship her off to OUT OF THE WILD, a wilderness boot camp with a bunch of other messed up kids to learn important "life lessons." It's true that Dawn and the other cubs will learn a lot--but it's not what any of them expect. Because what happens in the woods isn't what their parents planned. Sometimes plans go very wrong. And this is one of those times. Suddenly Dawn is more scared than she's ever been in her life. And you will be too.

Underlined is a line of totally addictive romance, thriller, and horror paperback original titles coming to you fast and furious each month. Enjoy everything you want to read the way you want to read it.
Read more
Read less
Read Excerpt
+ Add to My Bookshelf
+ Add to Goodreads

This is the story of a messed-up girl and how her family paid people to send her into the wilderness with a bunch of other messed-up kids in hopes it would somehow make them less messed up.

This is a real thing that happens.

It might even be an eventuality your parents have considered for you.

But this is the story of what happens when things

Meet Dawn. Dawn is the aforementioned messed-up girl. She’ll be the protagonist and de facto audience surrogate for this little misadventure.

Dawn is seventeen years old and mostly normal. She lives in Sacramento with a drug dealer named Julian, who is roughly twice her age.

This is a continued point of contention between Dawn and her mother, Wendy. Wendy would prefer that Dawn not live with a drug dealer. She’d prefer that Dawn, you know, go to school and not just get high all the time and sneak into clubs.

She’d prefer that Dawn be at home, where Wendy and Dawn’s younger brother, Bryce, live with Dawn’s stepdad, Cam.

She mostly loves her mom.

Dawn does not love Cam. Dawn resents Cam and hates that her mother fell in love with him. Her father’s only been gone for two years, and it’s too soon to be talking replacements.

Dawn can’t stand to be near Cam. It makes her feel like she’s betraying her dad. It drives her insane that nobody else sees it that way. That her mother could move on so quickly.

That’s why she’s staying with Julian.

And that’s why she spends her days mostly wasted.

The Cam/Wendy/Dawn thing has been an ongoing saga. You don’t need to know the gory details, but suffice it to say, it’s been a lot of screaming and hurt feelings.

It’s been a lot of self-medicating and not going to class.

It’s been a lot of Julian.

Cam and Wendy have been trying to get Dawn to come home. Go to school. Be high less. See less Julian. Be more normal.

Cam and Wendy have failed miserably so far.

But Cam and Wendy have one more bullet to fire.

And it’s going to royally fuck up Dawn’s day.

What it is, is a straight-up kidnapping.

Cam and Wendy show up at Julian’s place at sunset. Dawn and Julian are on Julian’s couch, watching cartoons but not really, when Cam knocks on the door. Dawn is too high to get off the couch; she lets Julian answer, hears the door open, hears voices:

Julian, someone else, Julian again.

Then Julian’s back, scratching his head and not looking at Dawn.

“It’s your stepdad,” Julian says. “He says if you don’t go talk to him, he’s calling the cops.”

From the way Cam’s face twitches when he sees her, Dawn knows she must look like shit. She hasn’t showered since whenever, her hair’s a disaster, she’s wearing one of Julian’s Lords of Gastown T-shirts like a dress.

“What do you want?” she asks her stepdad. Looks past him and sees Wendy standing by the minivan, arms folded across her chest, looking anywhere but at the house.

(Dawn briefly wonders where Bryce is, then decides she’s glad he isn’t here. She doesn’t love the thought of her little brother seeing her like this.)

Cam sets his jaw like he’s been rehearsing this moment. He probably has.

(He’s probably not a bad guy, Cam. I mean, it’s not his fault that Dawn’s dad is dead. Cam’s an accountant, and mostly harmless, and Dawn might actually like him if he were, you know, her teacher or something and not someone who acted like he was entitled to any authority over her whatsoever.)

Dawn rolls her eyes, like she always does when Cam starts down this road. “I’m not going anywhere with you, Cam,” she tells him. “And you can’t make me.”

Cam stares at her. Mouth opening and closing like whatever he rehearsed, it didn’t get this far.

Then Julian shows up behind Dawn. “I think you should go,” he tells her.

Dawn spins, like WTF? Julian shrugs. Cam’s looking at Julian like he wants to punch him, but he won’t--

Cam just nods instead, like Listen to the man. “Nobody wants the police involved, Dawn,” he says.

Cam has a point. Julian knows this.

Dawn knows it, too.

Julian doesn’t want any part of this, obviously.

Go with your parents, Dawn.

So Dawn doesn’t put up too much of a fuss. This has happened before. She’s thinking Cam and Wendy will pile her into that minivan and just take her home, like they always do.

She’s thinking this is just another bullshit power move by Cam to prove he’s cut out to be her father, and she’ll endure it for a couple of days on the absolute outside and then she’ll sneak off again and do what she wants.

And this time she’ll make sure Cam and Wendy can’t find her.

This is what Dawn is thinking.

But Dawn is wrong.

Cam takes her to the airport.

“There’s no fucking way this is legal.”

In the airplane seat beside Dawn, Wendy says nothing. She hasn’t said much the whole plane ride, won’t even answer Dawn’s questions.

She’s trying so hard to look tough, Dawn can tell. Play the authority figure, the mean mom, but Wendy isn’t cut out for that role. She’s too nice.

But she’s trying to be tough, and it’s clearly taking work, and watching her, it kind of breaks Dawn’s heart a little bit.

(Like, whatever is happening, you made her do this.)

(You made her this way.)

She put on the shorts Wendy fished out of her overnight bag, watched Cam hug Wendy goodbye and drive off, and then she followed her mom into the airport and onto the plane and stared out the window and waited to land.

And now they’re at the Seattle airport, and it’s nighttime and there’s a guy standing at the baggage carousel holding a sign with Wendy’s name on it. He’s around forty, tanned, wearing a blue fleece jacket with the words out of the wild on it.

The fleece guy’s name is Steve. He has a white van with the same words as his jacket written on the side.

out of the wild.

Steve throws Dawn’s bag in the back of the van. Then he turns back to Wendy. “This usually takes about two to three months,” he tells her. “Depending on the kid. You need a ride to your hotel?”

Wendy shakes her head. Says something about a shuttle bus.

“Okay.” Steve shakes her hand again. “We’ll be in touch.”

Dawn’s wondering if she’s still high or just half-asleep. Can’t process what’s happening. Then Wendy’s hugging her. Telling her she loves her.

She can’t look Dawn in the eyes.

Then Wendy’s walking away and Steve’s opening the passenger door of the van and he’s gesturing to Dawn to get in.

She thinks about running, but where would she go? She’s in Seattle, for God’s sake. And even her mom wants nothing to do with her.

She gets in the van with Steve.

Steve plays the radio while he’s driving. Something old and annoying. He drives for a long time, out of the city and into dark countryside. The road winds and climbs into foothills and mountains. Steve doesn’t stop at any stop signs for Dawn to jump out. He doesn’t pull over for gas or so she can pee.

“Where are you taking me?” Dawn asks him.

Steve glances across at her. He’s whistling along with the music, and it’s annoying as fuck. “You’ll see when we get there,” he tells her. He doesn’t elaborate.

They drive for a long time. Eventually, they stop.

There turns out to be a couple of ugly little buildings at the end of a long gravel road. There’s a bright-yellow light on a pole between them, a dimmer light on in a window. A sign by the window reads parents this way.

Steve parks the van. Turns it off. Climbs out and walks around to Dawn’s door and waits as she climbs out and looks around. “Come on,” he tells her, starting toward the building with the light on in the window.

Dawn doesn’t follow. She’s still looking around. Peering into the darkness at the edge of the light, wondering what would happen if she ran, like, now.

He gestures to the building again. “Come on.”