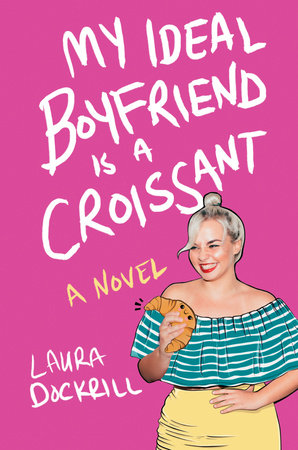 By Laura Dockrill
This honest, laugh-out-loud novel brimming with body positivity, bite-sized nuggets of feminism, and commentary on eating will have readers rooting for sixteen-year-old BB as she navigates her world while maintaining her plucky zest for life even in the most trying of times.

It's a food diary. I have to tell the truth. That's the point.

When BB has a worse-than-usual asthma attack, her mom insists she go to the doctor. There, she is told that she is overweight (no surprise) and prediabetic (big surprise) and must lose weight, move more, and keep a food diary. To get out of this immediate health crisis, she agrees to make an effort.

Then a tragedy occurs in the family, and things get seriously complicated. Suddenly, losing weight and moving more are the least of her worries. As for the food diary, though, BB doesn't just document what she's eating, she documents what she's feeling--and she has a lot to say!

The first thing I ate after my asthma attack was a crumpet. OK. Not a crumpet. It was more a set. A set of crumpets.

“Can you push them down again, please? They still look raw.”

“As if that’s what you’re thinking about now, BB, after you’ve just nearly died,” Dove snaps as she pushes the crumpets back down into the toaster. “Besides, you don’t get a raw crumpet, you idiot.”

“Don’t call me an idiot. You’re lucky I’m alive. Push them down again.”

I like my crumpets really toasted and slathered in thick butter. I like it when all the butter trickles into the holes of the crumpet and leaks through the bottom and puddles onto the plate, then you get to soak up the salty yellow pond with a warm sponge of crumpet innards.

“You know Mum’s gonna make you go to the doctor’s now, though, don’t you?”

“Yep.” I pull a clump of mascara out of my eyelashes and roll it into a little black ball like a squished fly. “And Dr. Humphrey is going to tell me I’m fat.”

“Overweight. They don’t say fat at the doctor’s.”

“Fine, overweight, then. Whatever.”

“It’s stupid anyway. Everyone is basically overweight on that stupid chart thing.”

“On that chart thing I probably am.” NO WAY IN HELL. Dove could make an HB pencil look fat. She leans her arms onto the counter, taking her weight. She hovers there, kicking her legs like she’s tiptoeing on thin air.

“Although I do think those nonsense BMI chart things were, like, created in, like, the fifties when everybody was tiny. . . . Have you seen Grandma’s wedding dress? It’s like a dress for a doll. I wouldn’t even be able to get one leg in that. The things are tiny; they aren’t realistic anymore. These days even our feet are huge.” I see smoke rise out of the toaster in foggy streams and I panic. “OK, they’re done, pop them out now.”

“I reckon you could’ve probably done this yourself, BB,” she says, jumping down and dumping the clumpy warm discs in front of me.

“Dove, I nearly just died, the least you can do is make me some crumpets. Pass the butter.”