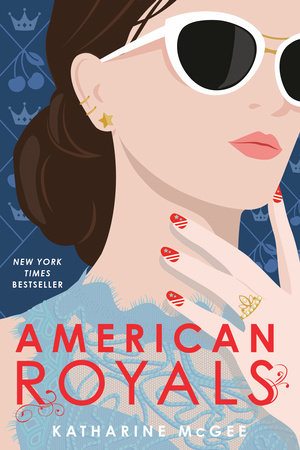 What if America had a royal family? If you can't get enough of Harry and Meghan or Kate and William, meet American princesses Beatrice and Samantha. Crazy Rich Asians meets The Crown. Perfect for fans of Red, White, and Royal Blue and The Royal We!

When America won the Revolutionary War, its people offered General George Washington a crown. Two and a half centuries later, the House of Washington still sits on the throne. Like most royal families, the Washingtons have an heir and a spare. A future monarch and a backup battery. Each child knows exactly what is expected of them. But these aren't just any royals. They're American.

As Princess Beatrice gets closer to becoming America's first queen regnant, the duty she has embraced her entire life suddenly feels stifling. Nobody cares about the spare except when she's breaking the rules, so Princess Samantha doesn't care much about anything, either . . . except the one boy who is distinctly off-limits to her. And then there's Samantha's twin, Prince Jefferson. If he'd been born a generation earlier, he would have stood first in line for the throne, but the new laws of succession make him third. Most of America adores their devastatingly handsome prince . . . but two very different girls are vying to capture his heart.

The duty. The intrigue. The Crown. New York Times bestselling author Katharine McGee imagines an alternate version of the modern world, one where the glittering age of monarchies has not yet faded--and where love is still powerful enough to change the course of history.

Read an Excerpt from American Royals by Katharine McGee 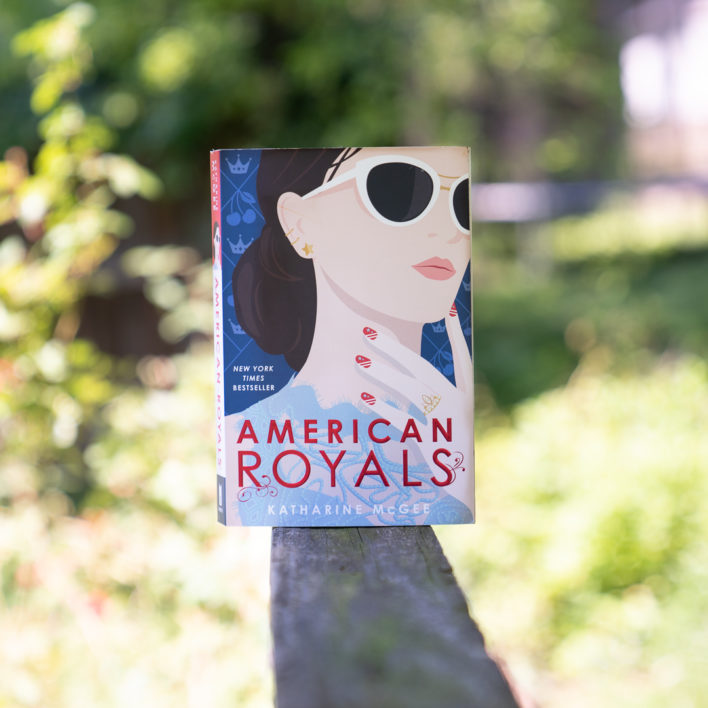 Which American Royal Are You?

Could You Be an American Royal?

Beatrice could trace her ancestry back to the tenth century.

It was really only through Queen Martha’s side, though most people refrained from mentioning that. After all, King George I had been nothing but an upstart planter from Virginia until he married well and then fought even better. He fought so well that he helped win America’s independence, and was rewarded by its people with a crown.

But through Martha, at least, Beatrice could trace her line­age for more than forty generations. Among her forebears were kings and queens and archdukes, scholars and soldiers, even a canonized saint. We have much to learn by looking back, her father always reminded her. Never forget where you come from.

It was hard to forget your ancestors when you carried their names with you as Beatrice did: Beatrice Georgina Fredericka Louise of the House of Washington, Princess Royal of America.

Beatrice’s father, His Majesty King George IV, shot her a glance. She reflexively sat up straighter, to listen as the High Constable reviewed the plans for tomorrow’s Queen’s Ball. Her hands were clasped over her demure pencil skirt, her legs crossed at the ankle. Because as her etiquette teacher had drilled into her—­by hitting her wrist with a ruler each time she slipped up—­a lady never crossed her legs at the thigh.

If she’d been born twenty years earlier, the succession would have jumped over her and skipped to Jeff. But her grandfather had famously abolished that centuries-­old law, dictating that in all subsequent generations, the throne would pass to the oldest child, not the oldest boy.

Beatrice let her gaze drift over the conference table before her. It was littered with papers and scattered cups of coffee that had long since gone cold. Today’s was the last Cabinet session until January, which meant it had been filled with year-­end reports and long spreadsheets of analysis.

The Cabinet meetings always took place here in the Star Chamber, named for the gilded stars painted on its blue walls, and the famous star-­shaped oculus overhead. Winter sunlight poured through it to dapple invitingly over the table. Not that Beatrice would get to enjoy it. She rarely had time to go outside, except on the days she rose before dawn to join her father on his run through the capital, flanked by their security officers.

For a brief and uncharacteristic moment, she wondered what her siblings were doing right now, if they were back yet from their whirlwind trip through East Asia. Samantha and Jeff—­twins, and three years younger than Beatrice—­were a dangerous pair. They were lively and spontaneous, full of bad ideas, and with far too much power to act on them. Now, six months after they’d finished high school, it was clear that neither of them knew what to do with themselves—­except celebrate the fact that they were eighteen and could legally drink.

No one ever expected anything of the twins. All the expectation, in the family and really in the world, was focused like a white-­hot spotlight on Beatrice.

At last the High Constable finished his report. The king gave a gracious nod and stood. “Thank you, Jacob. If there is no further business, that concludes today’s meeting.”

Everyone rose to their feet and began to shuffle out of the room, chatting about tomorrow’s ball or their holiday plans. They seemed to have temporarily set aside their political rivalries—­the king kept his Cabinet evenly divided between the Federalists and the Democratic-­Republicans—­though Beatrice felt certain those rivalries would be back in full force come the new year.

Her personal security detail, Connor, glanced up from where he stood outside the door, next to the king’s protection officer. Both men were members of the Revere Guard, the elite corps of officers who devoted their lives to the service of the Crown.

“Beatrice, could you stay for a minute?” her dad asked.

Beatrice paused in the doorway. “Of course.”

The king sat back down, and she followed suit. “Thank you again for helping with the nominations,” he told her. They both glanced at the paper before him, where a list of names was printed in alphabetical order.

Tomorrow was the palace’s annual holiday party, the Queen’s Ball, so named because at the very first Christmas ball, Queen Martha had urged George I to ennoble dozens of Americans who’d aided the Revolution. The tradition had persisted ever since. Each year at the ball, the king knighted Americans for their service to the country, thereby making them lords or ladies. And for the first time, he had let Beatrice suggest the candidates for knighthood.

Before she could ask what he wanted, a tap sounded at the door. The king gave an audible sigh of relief as Beatrice’s mom swept into the room.

Queen Adelaide came from nobility on both sides of her family. Before her marriage to the king, she’d been set to inherit the Duchy of Canaveral and the Duchy of Savannah. The Double Duchess, people had called her.

Adelaide had grown up in Atlanta, and had never lost her ethereal Southern charm. Even now her gestures were touched with elegance: the tilt of her head as she smiled at her daughter, the turn of her wrist as she settled into the walnut chair to Beatrice’s right. Caramel highlights gleamed in her rich brown hair, which she curled each morning with hot rollers and wore encircled by a headband.

The way they were sitting—­a parent to either side of Beatrice, boxing her in—­gave her the distinct sense that she was being ambushed.