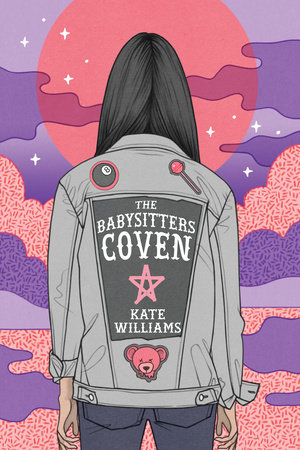 By Kate M. Williams On Tour
Adventures in Babysitting meets Buffy the Vampire Slayer in this funny, action-packed novel about a coven of witchy babysitters who realize their calling to protect the innocent and save the world from an onslaught of evil.

Seventeen-year-old Esme Pearl has a babysitters club. She knows it's kinda lame, but what else is she supposed to do? Get a job? Gross. Besides, Esme likes babysitting, and she's good at it.

And lately Esme needs all the cash she can get, because it seems like destruction follows her wherever she goes. Let's just say she owes some people a new tree.

Enter Cassandra Heaven. She's Instagram-model hot, dresses like she found her clothes in a dumpster, and has a rebellious streak as gnarly as the cafeteria cooking. So why is Cassandra willing to do anything, even take on a potty-training two-year-old, to join Esme's babysitters club?

The answer lies in a mysterious note Cassandra's mother left her: "Find the babysitters. Love, Mom."

Turns out, Esme and Cassandra have more in common than they think, and they're about to discover what being a babysitter really means: a heroic lineage of superpowers, magic rituals, and saving the innocent from seriously terrifying evil. And all before the parents get home. 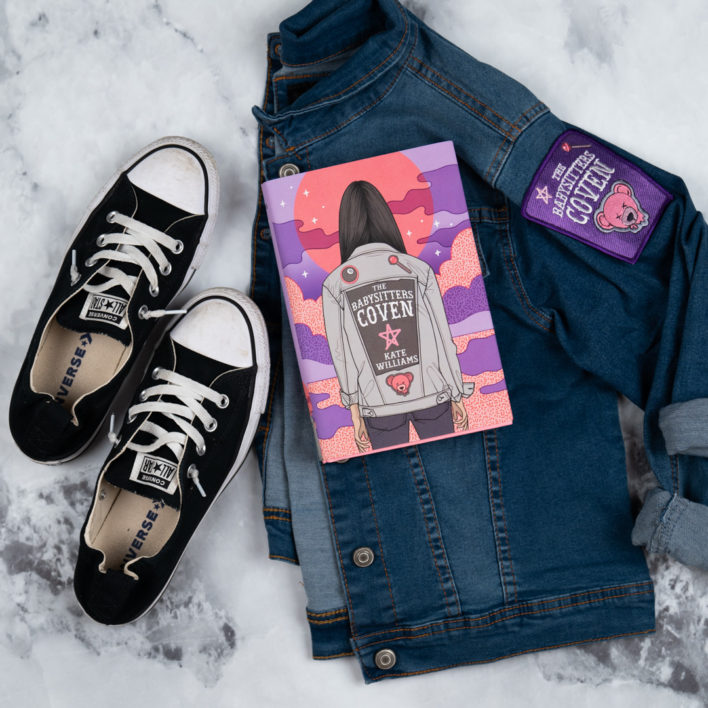 Find Your YA Witch Coven!

Which Witch Are You?

By Kate M. Williams
The devil was an artist. Her medium varied, from crayons to Magic Markers to finger paints, and she had coloring books, construction paper, giant pads of newsprint on a tiny plastic easel. But today she’d ignored it all, in favor of the hallway and a marker. Previously pristine white, the wall was now permanently adorned with black squiggles, dots, shapes, and lines, all drawn at eye level. Well, her eye level--a little less than three feet off the ground.

How did I know this art was permanent and not the water-soluble kind? Because Baby Satan--known by some as Kaitlyn--was still holding the Sharpie in her hand. As I surveyed her work--which was impressive in its own way, because she’d done all of this damage in only the time it had taken me to pee--she smiled sweetly up at me, topless underneath a pair of very dirty OshKosh overalls. She held the Sharpie up to her nose and inhaled deeply, a look of intense contentment on her face. “Give me that,” I said, grabbing it from her. Two years old, and already into graffiti and huffing.

She was on one tonight. It had started with dinner, which was dinosaur-shaped chicken nuggets and bunny-shaped mac-n-cheese. She wouldn’t eat any of it, not even when I insisted that the nuggets were actually made from real triceratops. When I got up to go get a paper towel, she managed to transfer most of the mac-n-cheese to her seat and sit on it.

She thought this was hilarious and wiggled around, etching orange cheese stains that would probably never come out into the butt of her overalls. “Squishy!” she squealed with delight, and I was sorry that I’d taught her that word last week. After dinner, we played with blocks, which mainly consisted of me building the tallest stack I could and then cheering as she ran at them, full speed, from across the room to knock them down. It was right after this that I made that fateful decision to use the bathroom. I should have known better.

Now I placed the cap back on the Sharpie and put it on the kitchen counter, far back against the wall and safely out of her reach. “All right!” I said. “It’s bedtime.”

Bedtime started with a bath, complete with fizzy dye pods--two blue and one yellow--to make turquoise “mermaid water.” She drank some of it. Teeth were brushed, sorta, and pajamas were donned. I usually allotted the devil three bedtime stories, which was enough to have her nodding off, her chin coming down to her chest, but tonight her blue eyes were still wide open and alert. Each time I’d finish a story, she’d climb out of bed, run across the room, and come back with a new stack. “More!” she’d scream, slamming them into my lap with a surprising, and almost impressive, violence.

In this moment, I saw my future stretching out before me.

I read bedtime stories until the world ends.

It was times like these that I wished I could tap out and have another babysitter come in and take over. Baby Satan had a million stuffed animals, and my eyes settled on a floppy dog that was nearly life-sized. Couldn’t he read a story for once?

His ears twitched, as if he were responding to my mental plea.

I blinked and rubbed my eyes.

Babysitting was making me hallucinate.

I sighed. Kaitlyn was still wide-awake. Not a hint of sleepiness anywhere on her admittedly cute face.

I picked up another book. “Okay,” I said. “This one’s about a bunny who runs away. It’s called The Runaway Bunny.” She smiled, all cherub cheeks and dimples, and something in me softened. “See what they did with the title there?” I said. “The people who wrote this book must be pretty clever, huh? I bet they were geniuses.”

I nodded, reaching over to tuck a strand of hair behind her ear. “A very smart bunny. You ready?”

It took seven stories before she finally fell asleep, her blankie pressed against her cheek. I gave the wall a few half-hearted scrubs, but the thing about permanent markers is that they’re permanent, so I admitted defeat and went into the kitchen. After everything I’d had to endure tonight, I deserved a snack. I mean, the number one perk of babysitting is OPP--other people’s pantries.

I opened the pantry to what could have stocked a vending machine: potato chips, Chex Mix, Cheez-Its (Kaitlyn’s mom, Sharon, had even started buying the white cheddar ones, just for me), pretzels, Doritos, jumbo-sized bags of M&M’s, Twizzlers, gummy bears, you name it. None of this had anything to do with the fact that it was almost Halloween--this was just what Sharon ate all year round.

I grabbed what I wanted, found a big bowl, and poured in a layer of Frosted Flakes. I smashed up a few pretzels and added them, then a handful of Corn Chex, some potato chips, and a generous layer of M&M’s. Then I sprinkled the whole thing with sugar, poured some milk on it, and stood back to admire my specialty: Babysitter’s Crunch, the perfect mixture of salty and sweet. Kellogg’s should market this stuff.

It looked so pretty and delicious that I thought for a second about posting it, then remembered that would just announce to the world (or at least my 398 followers) that I was spending yet another night with Tony the Tiger and a human who thought “potty” was a dirty word. I’m not ashamed of babysitting, but I know it’s not what most people think of as a “cool job.”

I took my crunch and sank into the couch in front of the TV. OPTVs are also serious babysitting perkage, and Sharon had every channel and subscription imaginable. I finally settled on a reality show where a girl with breast implants, hair extensions, acrylic nails, and a spray tan cried to the camera about how she couldn’t stand fake people.