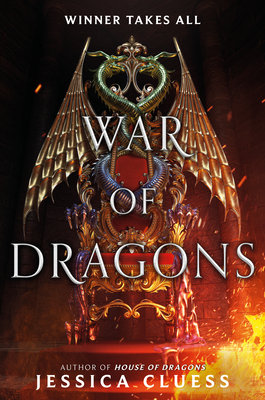 By Jessica Cluess
On Sale 05.11.21
The dragon throne is a heavy burden. The empire is fractured, and an ancient horror looms. Once again, five outcasts will hear the call to battle. But are they ready for war? The stunning sequel to House of Dragons, this is Three Dark Crowns meets The Breakfast Club.

The Emperor's Trial is over. The dragon throne has been claimed--yet there is no peace to be had. For the first time in history, it is not one emperor who has taken power, but four. Although the young rulers seek to build a better world, there are many who oppose them. Tradition is broken, and so is Etrusia.

And while the empire crumbles, something dark awakens. Something that has waited centuries to unleash true calamity upon the world. Something only the emperors of Etrusia can hope to stop.

Once again, the outcasts will be challenged, but now they face a threat unlike any the world has ever seen. Because a Trial is one thing. War is something else entirely.
Read more
Read less
+ Add to My Bookshelf
+ Add to Goodreads