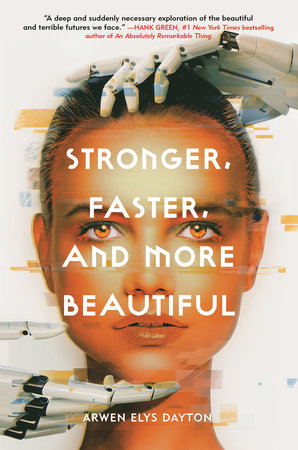 By Arwen Elys Dayton
"If you love Black Mirror, this . . . will send shivers down your spine." —Teen Vogue

This "powerful, poignant, and action-packed" (Bustle) novel is a twisted look into the future, exploring the lengths to which we'll go to remake ourselves into the perfect human specimens and what it means to be human at all.

The future is curious.

Today our bodies define us. We color our hair; tattoo our skin; pierce our ears, brows, noses. We lift weights, run miles, break records. We are flesh and blood and bone.

Tomorrow has different rules. The future is no longer about who we are—it's about who we want to be. If you can dream it, you can be it. Science will make us smarter, healthier, flawless in every way. Our future is boundless.

"A deep and suddenly necessary exploration of the beautiful and terrible futures we face. Every story leaves you desperate for more. Somehow, the further from today Dayton travels, the more real it becomes." —Hank Green, #1 New York Times bestselling author of An Absolutely Remarkable Thing

"An alternately charming and horrifying exploration of what it means to be human and how far we'll go in pursuit of personal and societal 'perfection.' I devoured this book." —Kiersten White, New York Times bestselling author of And I Darken and The Dark Descent of Elizabeth Frankenstein
Read more
Read less
Read Excerpt
+ Add to My Bookshelf
+ Add to Goodreads 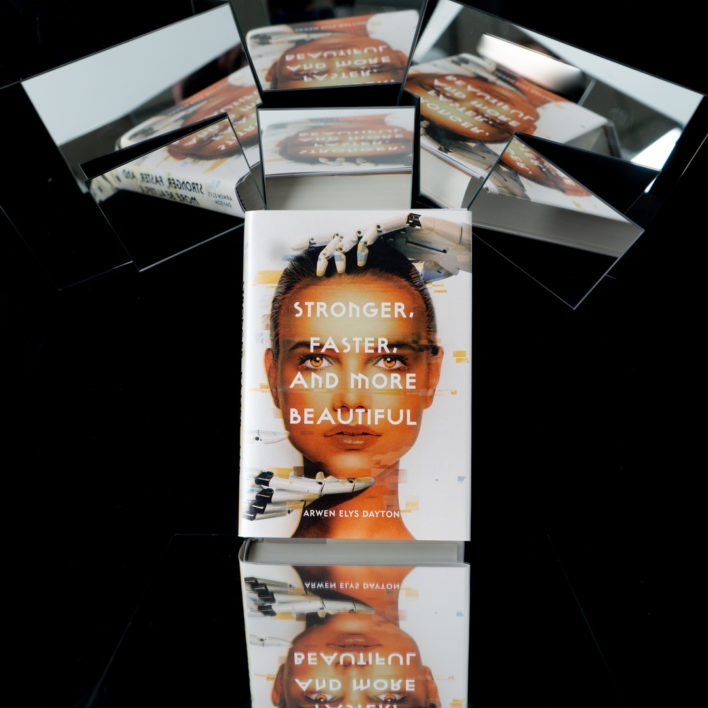 . . . is what I’m thinking. As if I’ve already become something else, a different species, and I’m tired of hearing all of his worn-out, human-person logic.

The man is reminding me that Julia’s heart will be combined with my own heart, so it’s not like I’m “taking” hers. It’s a synthesis. The new heart will fuse both in a way that’s better than either of the originals. A super-heart, I guess you could call it.

He is reminding me of this, and every time I say “But--” he cuts me off by continuing his explanation, only more loudly. Now he’s almost yelling, though he’s just as cheerful as he always is.

Did I mention that he’s my father? And he’s only repeating what my doctor has explained so many times. Although, let’s be honest, my doctor explains the same things very differently. She discusses recovery rates and reasonable percentages and acceptable outcomes. She tells me about other patients, though of course, my case and Julia’s case--the case of Evan and Julia Weary, semi-identical twins--is unique, so we are, as she likes to say, “medical pioneers.” I’ve come to think of us as the season-finale episode of a show about strange medical cases. Tune in for the outrageous conclusion!

I’m in my hospital room, but I’m sitting in a chair in the corner, because it’s dangerous to stay in the hospital bed, which can be wheeled away for CAT scans or blood draws or surgery, or whatever, so easily. You have the illusion of control if you’re sitting in a chair.

Julia is in the adjoining room. She’s on the bed, of course. And though I can hear our mother in there with her, she’s only saying a few quiet words to my sister, and my sister is not saying anything in reply.

“This is fortune smiling on us, Evan,” my father says, using what has become one of his favorite phrases. He looms over me, because I’m sitting down while he’s standing and also because he’s six foot five. “Years from now, you’re going to look back on these weeks and wonder why you ever hesitated. Julia would want her heart and yours to be joined.”

Whenever he senses me becoming skeptical about what we’re going to do, my father finds a new angle to convince me. This is the new angle for today: Julia’s fondest wish is for our twin hearts to become one.

“But I’m the only one who will get to use the heart,” I tell him. “It’s not like we’re turning into one person and sharing it. I get the heart. She gets nothing.”

He raises his voice another notch as he says, “Would you rather put hers in the ground? Alone and cold? To rot?” Even he can hear the hysteria that has snuck into his argument. He lowers the volume to something like normal conversational level and adds, “You know she wouldn’t want that. She does get something. She gets you, alive.”

“You sound out of breath,” my father says. “How about we keep our voices calm?”

This is an infuriating suggestion since he’s the one who’s not calm, but his observation is accurate; I’m having trouble catching my breath. I concentrate on forcing air in and out of my chest.

I notice that we’re only talking about Julia’s heart, even though she’ll give me so much more--her liver, part of her large intestine, her kidneys, even her pancreas. It’s too depressing to keep mentioning all the pieces of both of us that aren’t working right, so my parents and I have begun using the heart as a stand-in for everything.

I look up at him wearily. “Dad, why do we keep talking about it, anyway? You already decided.”

“You decided too, Evan.”

I sigh, and though I try to sound as angry as possible, he’s right. I did decide.

When the nurses show up to do tests, my father leaves. He doesn’t like to stick around for the nitty-gritty, which used to annoy me but now is a relief. If my father is present, he considers it an obligation to insert as many positive comments as possible into whatever uncomfortable hospital procedure is happening. It’s not ideal to have to make appreciative noises about the weather and baseball scores when a male nurse is putting a catheter into your penis, for example.

With my father gone, I hardly have to say anything.

Nurse: “Does that hurt?”

Nurse: “Is this better?”

Nurse: “Can you roll over onto your back now?”

I don’t even have to answer that. I just have to do it.

Later, I’m left alone in my hospital room. This is the last day. It will happen in the morning. Julia and I have just barely made it to our fifteenth birthday. And now comes . . . whatever is next.

I am not immune to daydreams. I imagine slipping on my clothes, walking out of the hospital, and asking my mother to bring me somewhere peaceful to die. My favorite fantasy locations are on a beach overlooking Lake Michigan, or on the moon base, while staring up at the small blue face of Earth. Yes, I know there isn’t any moon base, but I’m not sneaking out of the hospital either.

The daydreams are tempting, but here’s the truth of it: death sucks more than life, almost no matter what. There. I’ve admitted it. I want to live. Blech. It feels wrong.

I get off my hospital bed and go into the connecting room, Julia’s. My heart races as soon as I’m on my feet, but if I move slowly, I can keep it from getting out of hand. Julia’s room is kept nice and quiet and mostly dark, though it’s still daytime, so cloudy light comes in through the slatted blinds over the window. Her ventilator hisses and clicks. Her bed is surrounded by IV stands that are providing her food, her water, her drugs. Dripping, dripping, dripping away.

“Hey,” I say, out of breath when I reach the edge of her bed.

Hey, she says. Not out loud, of course. But I know she says it.