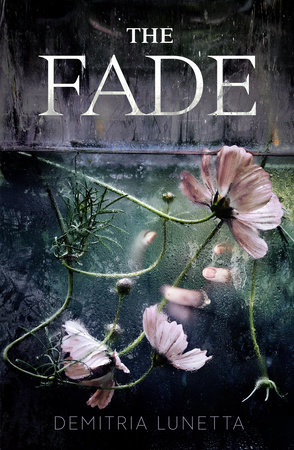 By Demitria Lunetta
The Others meets The Cellar in this scary ghost-story thriller from the author of BAD BLOOD.

We don't want to disappear.
We want to be found.

Four girls went missing several years ago, and the police never solved the case. But Haley knows the missing girls were murdered. How else can she explain the hostile presence in her house?

The ghostly girls need something from her. And unless Haley can figure out what they want . . . she might be next.
Read more
Read less
Read Excerpt
+ Add to My Bookshelf
+ Add to Goodreads

“This is such a murder basement,” I say, peering down the dark stairs. “And gross, what’s that smell? It’s rank.”

I know my sister is joking, but she sounds so serious. She catches my expression and laughs, patting my head, like I’m five instead of fifteen. “It’s just an old house, Haley. Don’t be such a baby.”

I huff and turn back to the darkness. Shannon’s only older than me by three years, but she acts like I’m a little kid.

“Come on,” she says, pushing past me, carrying a giant box.

I want to say “No thanks, you go ahead and get murdered without me,” but I tentatively take a step, the ancient wooden stairs creaking even under my negligible weight. Shannon barrels downward, not a care for the possibility of rotten steps giving way . . . or the less likely scenario that monsters are lurking in the shadows. I follow, moving more slowly. I’m not usually afraid of my own shadow, but this place . . .

The air cools with each step, and since I’m all sweaty from moving the contents of our entire life, my arms become clammy in the summer heat and I shiver. The stale smell worsens. The only light comes through the open door above.

I take a deep breath when my foot finally hits the bottom. It’s just a basement.

Shannon places the large box on the floor and disappears into the darkness.

Four long seconds tick by, and then the basement is filled with harsh fluorescent light.

“Found the switch.” She grins at me from across the room. I blink, and as my eyes adjust, I glance around. It’s actually not as bad as I’d imagined. Just scuffed laminate floors and terrible wood-­paneled walls. It looks like someone was trying to make a hangout down here and gave up. The fake-­wood floor squares are coming up at the edges.

“See, not a murder basement,” she tells me. “Unless they were trying to murder good taste.”

“Sure, because no one could possibly bury a body and then put down cheap flooring. And why didn’t you turn on the light upstairs?” I ask.

“That switch doesn’t work, dummy.” She returns to the large box she hauled down here.

“What a surprise,” I say, licking my dry lips. “Dummy,” I add halfheartedly, more because she called me a dummy first than out of any malice.

“Ha ha.” Shannon pulls out a box cutter and expertly slices open the tape on the box.

“Dehumidifier,” Shannon answers, removing the appliance and plugging it in. She pushes a few buttons and it whirls to life, the fan working at top speed.

“Will that thing make it smell less like ass down here?” I ask.

“That’s the plan. And I think it’s supposed to help with the mold problem.”

Great. Not only are the electrics faulty, but there’s also mold.

“I left a spray bottle of bleach water upstairs by the door. Why don’t you grab it and give any mold spots a good squirt?”

“Okay, Mom,” I say. Shannon probably looked at me the day I was born and thought, Great, someone to boss around.

“Hey, it’s that or moving more boxes. Take your pick.”

I walk a circle around the basement, avoiding stepping on the numerous black stains where the floor meets the wall. I turn my head, point the bottle, and squeeze the trigger, hoping I’m not inhaling dangerous mold spores along with the vaporized bleach. I’ll probably get asthma or lung cancer and be able to rub it in my parents’ faces for moving me to Gladwell, Wisconsin, and ruining my life. Even the name makes me want to vomit. Gladwell.

I find more mold spots every few feet. There is definitely a major leak somewhere in the basement. “I hope Mom and Dad know what they’re getting into,” I say to Shannon, who is still fiddling with the dehumidifier, doing something with a hose now. “Even if this place is way cheaper than our condo in the city, it’s going to take a ton of money to fix it up.”

“You know, they probably didn’t even think about that . . . them being idiots and all,” Shannon tells me in her big-­sister- ­knows-­everything sarcastic voice.

The lock pulls loose; the brackets fall from the crumbling wood to the floor.

She blinks hard. “Okay, I guess I was wrong.”

“What was that?” I ask her. “It sounded like you said you were wrong.”

“No, really. This is a momentous occasion. Please, Shannon, can you say it one more time for the record? You were . . . what?”

“I was about to think my little sister was cool for the first time ever, but she ruined that right away.” We both stand in front of the flimsy door until Shannon finally says, “Well, open it, muscles.” Shannon is tall and blond and looks like a Viking, where I take after Dad’s mom, Grandma Lihn. Petite. And dark.

I reach for the hole in the wood door where the lock was and pray I don’t get a splinter. I put what little strength I have into prying the panel open. The metal hinges groan in protest. Stale air rushes into my face, and I cover my mouth and nose with my arm too late to avoid the stench.

I let out a long series of coughs. “I guess we found where the smell is coming from.”

“There better not actually be a body down here,” Shannon says. She’s pulled her shirt up to cover her nose and looks majorly pissed.

We peer inside. The only thing in the closet is a large wooden box with a reddish finish. I give it a tentative kick. It seems pretty solid, not about to disintegrate or anything.

She pulls her shirt off her face. “It’s a hope chest,” she tells me. “Grandma Beth had one.” My mom’s mom.

“Yeah, well, I hope there’s something good in there.”

“Nothing good could smell that bad.”

“Hey, you found it. There could be some creepy old doll in there. You open it, Haley.”