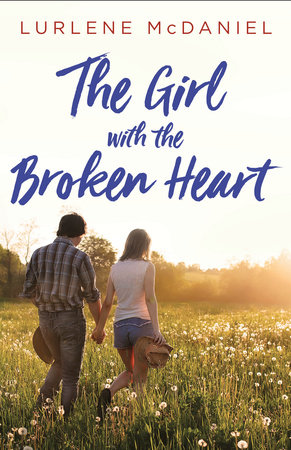 By Lurlene McDaniel
"Sorry, John Green fans, but McDaniel's been making us cry . . . for decades." --Bustle.com

An inspirational story about love, tragedy, heartbreak, and renewal as a young woman deals with her serious health issues, a fractured family life, and the prospect of romantic love while trying to remain focused on her studies and a lifelong dream.

Kenzie Caine is enrolled at Vanderbilt University, with the goal of becoming a veterinarian. When she lands a summer job caring for and helping to rehabilitate abused horses at the Bellmeade Estate stables, she is over-the-moon happy. One place she does not want to be is at home with her parents. Since the tragic death of Kenzie's younger sister, her mother has unraveled and her father has lost Kenzie's trust.

At the stables, Kenzie is in her element. But a serious heart condition limits her ability to complete the more physical aspects of the job, so her employers have tasked the charming Austin Boyd with helping her. But Austin has secrets. And as Kenzie and Austin become closer, those secrets threaten to harm their relationship, as well as reveal other startling truths.

Once again Lurlene McDaniel delivers the type of story for which she is famous--and readers everywhere will be reaching for their tissues.
Read more
Read less
Read Excerpt
+ Add to My Bookshelf
+ Add to Goodreads

Ciana Mercer thrust open the front door of the beautiful bungalow, set far back from the main house on her Bellmeade property, and moved aside. “Come on in, Kenzie!”

Kenzie Caine, still reeling from the stress of her sophomore-year final exams back at Vanderbilt University, stepped in to see gleaming dark hardwood floors, colorful area rugs, cream-colored walls, and what looked like brand-new furniture. “It’s beautiful! I never expected something like this. Maybe a small room, or a spot in your bunkhouse, but never an entire house!”

“The bunkhouse?” Ciana laughed. “That’s where we put the men we hire for summer work, not proper accommodations for you, Kenzie. I’ve already revved up the AC and evicted the dust bunnies, so let me show you around.” Ciana guided her through two bedrooms, two bathrooms, and a small but well-equipped kitchen, while opening blinds to allow late-morning sunlight to flood each room on the tour. Kenzie followed, a bundle of nerves about facing the summer months ahead of her.

This was really happening. She would be in charge of bringing three Tennessee walking horses to good health before summer’s end and putting them up for adoption. Her first solo job. “I can’t wait to get busy.” She was nervous, and hoped it didn’t show.

Home. The very word tasted bitter to Kenzie. She’d officially completed her sophomore year that morning, packed her SUV, and driven the fifty miles to Bellmeade to avoid going home. The sunny memories of her childhood on her family’s horse farm in the rolling hills of Nashville were now smeared like mud across her mind.

In the kitchen, Ciana tapped the refrigerator door. “You’ll need to go grocery shopping, but I made a pitcher of lemonade for you. My grandmother’s recipe--delicious.”

After a year of cafeteria food at Vanderbilt, a batch of homemade lemonade made her mouth water. “You make me feel very welcome, Mrs. Mercer.”

Kenzie thought Ciana Beauchamp Mercer, with her cinnamon-colored eyes and hair, was beautiful. Her family name was legend in Windemere, and her friendly, welcoming smile helped ease Kenzie’s jitters. “Got it . . . Ciana it is.”

Ciana walked to a set of sliding glass doors, pushed aside vertical blinds, and opened a slider. “Oh, and here’s the back porch.” They stepped into a screened‑in room with an arrangement of wicker lounge furniture. “Beyond the patio is a pathway. Just follow the flagstones to those woods and pick up the footpath. It’ll lead you straight to the stable where you’ll be working.” As she talked, Ciana pointed across an expanse of green manicured lawn toward a tree line. “Next to the stable is the pasture for your horses. You have three. They came in last week. We’ll walk over in a minute for a look-see.”

“Why waste time lounging around? I want to get started.”

“Rescue horse work isn’t the typical summer job, you know. Your helper won’t be here until Friday, but until he shows, I’ll be working with you.”

Tension knotted Kenzie’s stomach. Dr. Kaye, the veterinarian she’d worked for the previous summer and throughout her sophomore year, had taught Kenzie well, but being fully in charge of rehabbing abused and neglected horses was daunting. She’d never been a boss before either. “I don’t want to put you out.”

Ciana waved off Kenzie’s comment. “No problem. With the horses getting four feedings a day, trust me, you’ll need my help. Our vet’s already checked the horses over and vaccinated them. Dr. Perry left his evaluation report in the stable’s tack room for you. He’ll come again next week, answer any concerns you might have.”

Kenzie felt the heavy responsibility of such a job, but also the thrill of it. Ciana said, “Did you know Kaye and I were in the Windemere horse color guard brigade together? The guard performed precision drills before every rodeo event. I wore a lot of spangles and sparkles.” Ciana laughed at the memory. “But even back then, she was keen on becoming an equine vet.

“When Kaye told me she was moving to North Carolina and asked if Jon and I had space for rescue work, we hesitated. But when she said she had the perfect person to handle it, we agreed to give it a trial run this summer. She gave us money for your work. Money for feed and vet bills, and for you and a helper. How could we say no?” Ciana swept her hand through the air. “Kaye spoke highly of you, Kenzie. She told me you possessed ‘extraordinary dedication and compassion.’ Kaye called you a natural healer.”

The endorsement was flattering but only added to Kenzie’s jitters. “I’m very grateful to all of you, but I’d do the work for free, you know.” She had loved the work so much that she’d changed her major to animal husbandry and had kept her plans to herself until the previous October, when Caroline turned fourteen. Instead of attending the family party at the house, Kenzie had met her sister at a mall for lunch and a day of shopping. The memory returned in a vivid burst.

Over salads, sweet tea, and cupcakes, Kenzie said, “I have a new direction, Caro, and I want you to be the first to know. I’m going to become a veterinarian.”

“Not to me, little sister. I love the big smelly beasts. I’m changing my major.”

Caroline recoiled in disbelief. “What will Mom and Dad say about you wanting to be a vet? It’s hard work, Kenz . . . and your heart--”

Kenzie cut her off. “My heart isn’t a problem, so don’t think about it. This is what I want.”

Caroline rolled her eyes, dragged her finger through the dark frosting on her cupcake. “You can’t stay mad at Daddy forever. He misses you . . . We all do.” She sucked the frosting off her finger. “Will you at least come home for Christmas? Even if it’s just for a few days?”

“Dr. Kaye says I can work over the holidays if I want, so I might.” Caroline looked crestfallen, and Kenzie hastily added, “I’ll think about it. I promise.”

But Kenzie hadn’t gone home for the holidays. She had stayed away until February, when her family’s world splintered apart, and she was forced home for the most difficult week of her life.