What the Night Sings

For fans of The Book Thief and The Boy in the Striped Pajamas comes a lushly illustrated novel about a teen Holocaust survivor who must come to terms with who she is and how to rebuild her life.

"A tour de force. This powerful story of love, loss, and survival is not to be missed." --KRISTIN HANNAH, #1 New York Times bestselling author of The Nightingale

After losing her family and everything she knew in the Nazi concentration camps, Gerta is finally liberated, only to find herself completely alone. Without her papa, her music, or even her true identity, she must move past the task of surviving and on to living her life. In the displaced persons camp where she is staying, Gerta meets Lev, a fellow teen survivor who she just might be falling for, despite her feelings for someone else. With a newfound Jewish identity she never knew she had, and a return to the life of music she thought she lost forever, Gerta must choose how to build a new future.

"What the Night Sings is a book from the heart, of the heart, and to the heart. Vesper Stamper's Gerta will stay with you long after you turn the last page. Her story is one of hope and redemption and life--a blessing to the world." --Deborah Heiligman, award-winning author of Charles and Emma and Vincent and Theo

Q&A with Vesper Stamper, Author of What the Night Sings 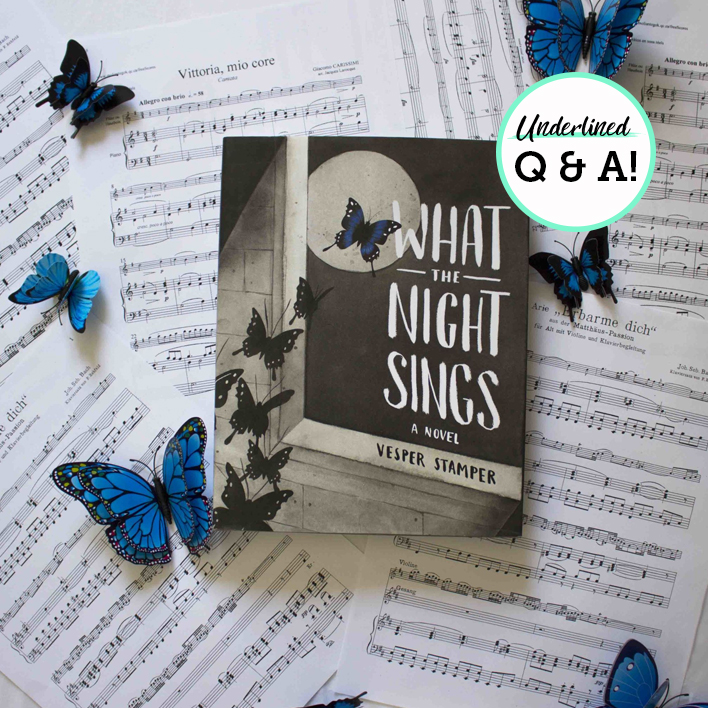 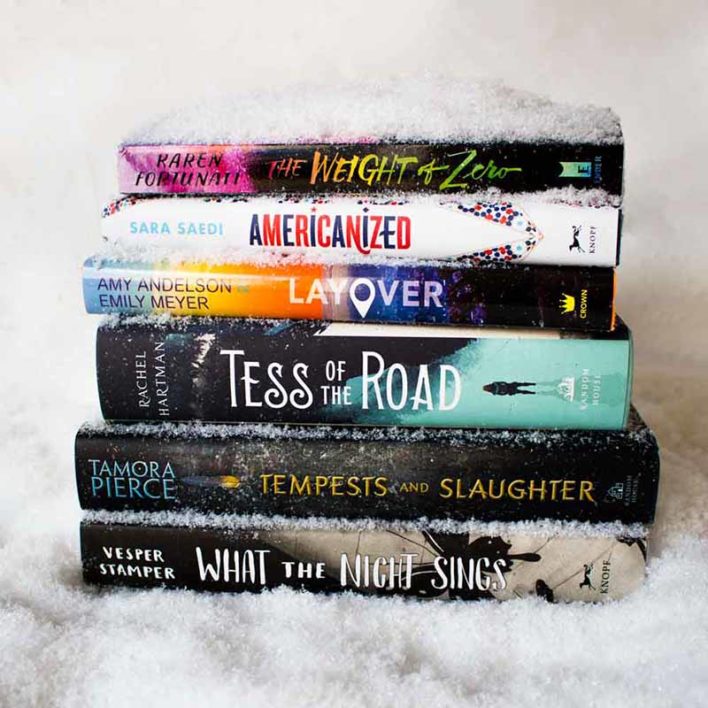 What the Night Sings

By Vesper Stamper
I am lying next to Rivkah in the bunk when the announcement comes. She is burning; she is freezing. I hold her, and I sing to her:

I learned this Yiddish song from another musician on my transport here. I only spoke German before, though I sang in many other languages. When they came for me, I was rehearsing Bach’s St. Matthew Passion, but even in German I understood nothing except the language of music. But now what do I care? I may as well die singing. Typhus is sweeping everyone away anyway. Die this way, die that way; pass out at hard labor, or get shot shuffling from one mysterious mound to the next―what’s the difference?

So I hold Rivkah, and I mutter the song.
I am nearly sixteen years old. At least I think so.

Rivkah is my fourth bunkmate in Bergen-Belsen. Somehow I’ve survived four these last few wretched months. The first was a sick old woman from one of the death marches. She had diabetes and died from a seizure. We were packed so tightly that she shook against me for twenty minutes. I felt my brain shake in my skull; I felt my stomach shake behind my ribs. We pushed her body to the floor and folded her arms. Someone muttered a prayer over her and we fell back to sleep. It was the most dignity we could give her.

There was no time to learn her name.

The next two girls were pretty, even younger than me. This was obviously their first camp—hard to believe after so much war. It was a crowded week of transports, and the three of us shared one blanket. They kept to themselves and had managed to smuggle in a tube of lipstick. The girls were always whispering and putting on the lipstick, pinching their cheeks and ringing my ears with their acidic giggling. I didn’t understand their language, but I understood the tone: a stupid survival plot, as if they actually had a say in their fate. They starved a little more slowly than the rest of us, but one day they disappeared, one in the morning, the other that night.

Rivkah came two days later from the Buna factory. She is also from Köln, the city where I was born, and she knew my parents. She’s a laboratory scientist, the mother of two boys, Michah and Chaim, fond of boxing. She said she usually scolded them for fighting, but she was secretly proud of her strong sons. They’d buy her little trinkets with the winnings from their after-school fights―flowers, chocolates―and kiss and flatter her to keep her from fussing too much. Big, sweet boys. She lost them to a transport last year but believes with her whole heart that they will all be reunited. Meanwhile, I’m a temporary substitute, a foster child. Somehow she is always smiling, even in fever. I think she’s in shock―or maybe she’s the kind of person who smiles so much, her face is fixed with a permanent grin, in her eyes as much as on her lips.

Rivkah had met my parents a few times at the club in Köln. My mother died in the raid on the club, I told her. She was sorry, she said. Her voice got raspy and she used her little, growing cough as an excuse not to finish her thought. A couple of weeks after Rivkah came here to Bergen-Belsen, the typhus took root. Now she is dying in my arms.

The soldiers burst into the barracks, and I keep singing. I’m dazed. I am catching fever and I don’t recognize their uniforms.

Soldiers are soldiers. Guns are guns. Language is language.

They shout to us in English, with British accents, I think, muffled through the rags they hold over their noses and mouths. I’m so used to the smell of filth and death that only when I see those handkerchiefs am I reawakened to the true state of things. I’m inexplicably ashamed. I have nothing left to be ashamed about―but I pull my uniform shirt lower over my bare thighs anyway.

The soldiers begin removing the dead. There are so many. How could I not have noticed them lying right next to me?

And suddenly―Rivkah, too, is gone.

I feel her final breath wisp across my lips. They pull her from me, but I can’t let her go. She is my last connection to the living world. I clutch her arm, her hand, her fingers. I sing the lullaby after her, my foster mother. I know no one else in all of Bergen-Belsen, either from Auschwitz or Theresienstadt. Everyone has come and gone, piles of shells pulled in and out of waves, and I’m still here, a skeleton of a sea creature, dropped in this tide pool, living, watching, still living.