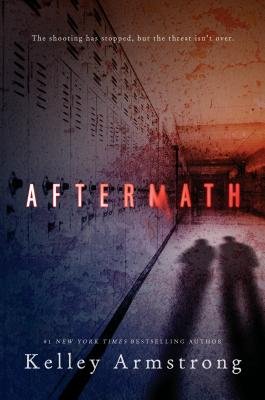 By Kelley Armstrong
Secrets don't remain hidden for long in this thrilling read from a #1 New York Times bestselling author that's perfect for fans of Adam Silvera's More Happy Than Not and Barry Lyga's Bang.

Three years after losing her brother Luka in a school shooting, Skye Gilchrist is moving home. But there's no sympathy for Skye and her family because Luka wasn't a victim; he was a shooter.

Jesse Mandal knows all too well that the scars of the past don't heal easily. The shooting cost Jesse his brother and his best friend--Skye.

Ripped apart by tragedy, Jesse and Skye can't resist reopening the mysteries of their past. But old wounds hide darker secrets. And the closer Skye and Jesse get to the truth of what happened that day, the closer they get to a new killer.
Read more
Read less
Read Excerpt
+ Add to My Bookshelf
+ Add to Goodreads

Forty-four hours after I heard those words, I was in the backseat of my grandmother’s car, with all the belongings I could stuff into a duffel. Anything I’d left behind, I’d never see again. We were running. Running as fast as we could, and the only reason we hadn’t left sooner was because my aunt Mae had insisted Mom stand firm. Except my mother was, at that point in her life--as at any point thereafter--barely able to stand at all.

That was three years ago.

I’m skipping those three years. I have to. The aftermath of that day . . . Even thinking about it makes me feel like I’m back there, caught in the eye of a tornado, hanging on for dear life.

My father is long gone. He called my mother that night to say he wasn’t coming home. That whatever happened with Luka, it was her fault. Which was exactly what she needed at that moment. Sorry, but this one’s yours, babe, I’m outta here.

When the divorce went through, he married the business partner who’d been with him on all his trips. What happened with Luka just gave him an excuse to dump us for her, and I’ll never forgive him for that.

I can break it down from there, like a prisoner tracking time on her cell wall. I keep everything about that first month confined to its place--don’t let it out, even when it pounds at the back of my head, sometimes a dull throb I can ignore, other times a gut-twisting migraine.

There’s grief, too, but I bury that even faster. You aren’t allowed to grieve for someone like Luka. It doesn’t matter if he was an amazing brother. Luka Gilchrist was a monster. Write it on the board a hundred times and don’t ever forget it.

There’s doubt and curiosity, too, which must be doused as quickly as the grief. I want to understand what happened. I want to know how my brother--my kind and thoughtful brother--joined his friends in a school shooting.

How my brother killed four kids.

No, see, that’s an excuse. You aren’t allowed to make excuses for him, Skye. He participated in a horrible tragedy, and he would have killed someone, if he hadn’t been shot by police. Making excuses for him belittles what he did and belittles the value of the lives lost.

Judgment. That’s the big one. Being judged. Sister of a school shooter.

My early curiosity led me places I shouldn’t have gone, into online news articles, where I got just enough details to give me nightmares. Then into the comments sections, which was even worse as I discovered total strangers who thought I should die for my brother’s sins and said it so offhandedly, like it was the most obvious thing. Hey, I hear one of those bastards has a sister. Maybe someone should take a gun to her school. Or maybe someone should take her and--

I won’t finish that sentence. I see the words, though. Thirteen years old, reading what some troll thinks should be done to me and wondering how that would help anything.

Then came anger and resentment and feeling like maybe, just maybe, I didn’t deserve the petition that went around my new school saying I shouldn’t be allowed to attend, for the safety of others. But on the heels of that anger and resentment I would slingshot back to shame and guilt, thinking about the kids who died and how dare I whine about whispers and snubs and having die, bitch written on my locker and yes, the janitor will paint that over the next time he does repair work and no, I’m sorry, Mrs. Benassi, but there are no other lockers for your granddaughter at this time.

Six months of that. Then Gran moved us, and I registered under her surname. That blessed anonymity only lasted a few months before someone found out. Then it was homeschooling and moving again and that time the new surname worked. By then two years had passed, and when kids did find out, I lost a few friends, but otherwise, compared to those first six months, it was fine.

I’m returning to the only place I ever truly called home. And there’s nothing I can do to stop it.