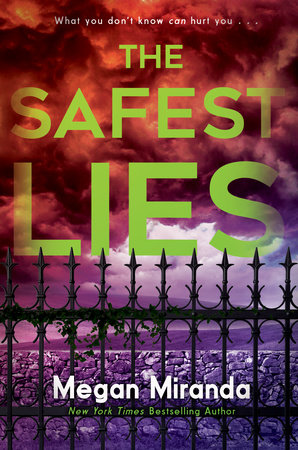 By Megan Miranda On Tour
From the New York Times bestselling author of All the Missing Girls and The Perfect Stranger comes a captivating psychological thriller about a girl who must face her darkest fears—but can she outrun the past?

Kelsey has lived most of her life in a shadow of suspicion, raised to see danger everywhere. Her mother hasn’t set foot outside their front door in seventeen years, since she escaped from her kidnappers with nothing but her attacker’s baby growing inside her—Kelsey.

Kelsey knows she’s supposed to keep a low profile and stay off the grid for their protection, but that plan is shattered when her dramatic car accident and rescue by volunteer firefighter and classmate Ryan Baker sparks media coverage.

A few days later, she arrives home to find her mother missing. Now, to have a chance at a future, Kelsey will have to face her darkest fears. Because someone is coming for her. And the truth about the past may end up being the most dangerous thing of all.

Praise for Megan Miranda's All the Missing Girls:

"This thriller's all of your fav page-turners (think: Luckiest Girl Alive, The Girl on the Train, Gone Girl) rolled into one." —TheSkimm 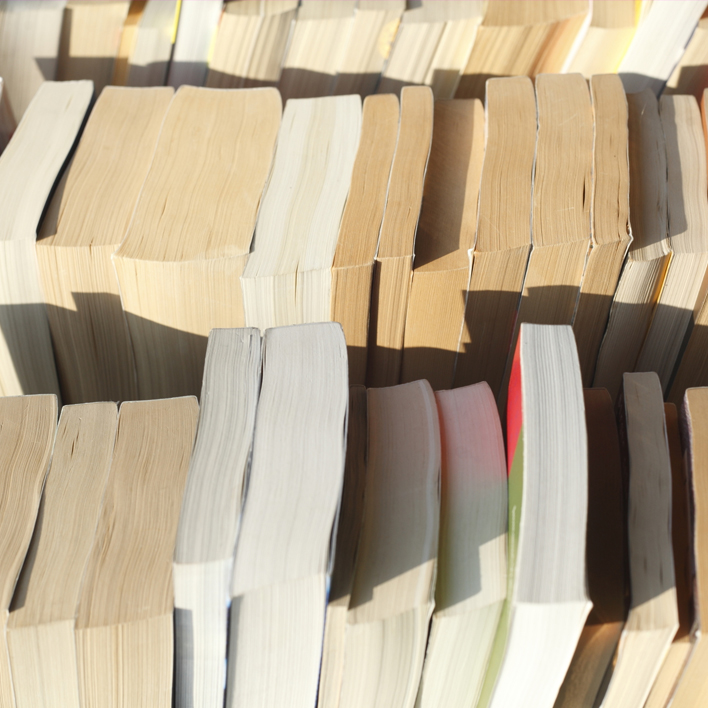 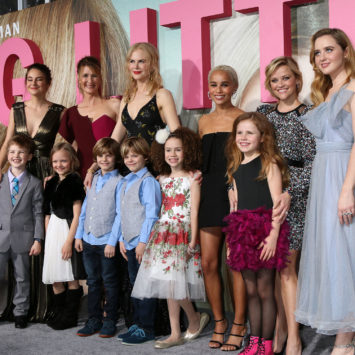 The black iron gates used to be my favorite thing about the house.

Back when I was younger, they reminded me of secret gardens and hidden treasures, all the great mysteries I had read about in children’s books.

This was the setting of fairy tales. The vegetation creeping upward in places, ivy and weeds tangling with the bars, and the way they’d light up in a storm, encircling the house—­a stark surprise against the darkness.

And we were on the inside.

It was better to see it from this direction, on the way out. It looked different as I grew older. From the other side, through a different filter. A glance over my shoulder as I walked away, and all I could see were the cameras over the entrances. The sterile, boxed walls of the house beyond. The shadow behind the tinted window.

I didn’t realize, for a long time, that this was the secret.

Still, there was a familiarity to the iron gates, and I couldn’t help tapping them as I passed each morning, a routine goodbye as I left for the day. In the summer, the bars would be hot from the sun. And in the winter, when I was bundled up in wool, sometimes I’d feel a spark underneath the cold, like I could sense the ­current of electricity that was running through the top.

Today, my palm came away damp, coated with morning dew. Everything glistened in the mountain sunrise.

Now that I was beyond the gates, and because I saw my mother’s shadow, there was a routine I was supposed to stick to:

Check the backseat through the windows before unlocking the car door.

Start the car and count to twenty so the engine had time to settle.

Wave to my mother, watching from the front window.

Two hands on the wheel as I navigated the unpaved driveway made of gravel, and then the winding mountain roads on the way to school.

Here was the rest of my Wednesday routine:

Arrive at school early enough to get a parking spot near a streetlight, since I’d be leaving late. Avoid the crowded hallway, hope Mr. Graham opened his classroom early. Claim my seat in the back of math class, and coast through the day, mostly unnoticed.

My books were already out and I’d just about finished the morning problems when Ryan Baker swept into class.

“Hey, Kelsey,” he said as he slid into his seat, just as the bell rang.

“Hi, Ryan,” I said. This was also part of the routine. Ryan looked the way Ryan always looked, which was: brown hair that never fell the same way twice; legs too long for the desk beneath him, so they stretched under the seat in front or to the aisle between us (today: aisle); jeans, brown lace-­up boots, T-shirt. Autumn in Vermont meant a sweatshirt for me, but apparently Ryan hadn’t gotten there yet.

Today he was wearing a dark blue shirt that said volunteer, and he caught me staring. I didn’t know if it was supposed to be ironic or not.

His fingers drummed on the desk. His knee bounced in the aisle.

I almost asked him, on impulse, but then Mr. Graham called me up to the board for a problem, and Ryan started drawing on his wrist with blue ink, and by the time I returned to my seat, the moment had passed.

First period was mostly quiet and mostly still. People yawned, people stretched, occasionally someone rested their head on their desk and hoped Mr. Graham didn’t notice. Everyone slowly came to life over the span of ninety minutes.

But Ryan always seemed the opposite—­all coiled energy, even at eight a.m. Rushing into class, his leg bouncing under his desk, his hands continually drawing patterns. His energy was contagious. So by the time the bell rang, I was the one coiled to jump. I’d spring from my seat, wave goodbye, head down the hall toward English, and pretend we hadn’t once shared the most embarrassing conversation of my life.

The rest of the daily routine: English, lunch, science, history. Faces I’d grown accustomed to seeing over the last two years. Names I knew well, people I knew casually. The day passing by in a comfortable string of sameness. Blink too long and you might miss it.

Wednesday also meant tutoring after school to meet the volunteer component for graduation. Since I was a year ahead of most everyone in my grade, taking mostly senior classes, this was the easiest way to fulfill it.

Today I was scheduled to start with Leo Johnson, a senior taking sophomore science who I kind of knew from the Lodge. Kind of knew because (a) Leo was the type of person that everyone kind of knew, and (b) Ryan and I shared a shift at the Lodge twice a week over the summer, and they were friends. Which meant when Leo came in, he would occasionally nod at me, and even less occasionally mention me by name.

He dropped his notebook on the table across from me. “Hi, my name is Leo, and I’m failing.” He flashed me a smile.

“Yeah, hi, we know each other already.”

He slouched, narrowing his eyes. “Yes, but did you also know I was failing?”

“Seeing as you’re assigned to be here after school on a Wednesday, I kind of assumed. Even more telling that you didn’t bring any books.”

He tipped his head to the side and scrunched up his mouth like he was thinking something through.

I looked at the clock. Only two minutes had passed. He didn’t even have a pencil. “Look, I get credit whether I help you or we just sit here staring at each other. Just let me know which you prefer.”

He stifled a laugh. “Okay, Kelsey Thomas,” he said. “I get it now.” He gestured to my stack of textbooks. “Let’s do this. I’m told I do need to pass this class for graduation.”

Leo turned out not to be the worst student in the world, though he was possibly the most easily distracted. He paused to talk to any person walking by the library entrance, and he checked the clock every five minutes or so.

His head shot up again an hour into our session when he heard footsteps in the hall, and he called, “Hey, Baker!” even though it was the library and he echoed. Leo was the type who didn’t mind the attention—­good or bad.

Ryan slowed at the library entrance but didn’t quite stop. “Gotta run. Later, man.” Then his eye caught mine, and he lifted his hand in a half wave. “Bye, Kelsey.”

I half raised my hand in response.

Leo laughed under his breath. When I looked back at him, he was still grinning.

I felt my face heating up. I gripped the pencil harder and jabbed it at the paper, waiting for Leo to refocus on the problem.

Thanks to my mother, I was way ahead in terms of school material. But I was too far behind in everything else. I assumed this was how Leo must’ve felt, staring at these problems like they were written in a code he’d never seen before.

This was the code of high school. I had yet to crack it.

Leo and I both got our credit forms signed by the librarian, who took off just as fast as we did, locking up behind us.

“Been a pleasure, Kelsey,” Leo said as he flew by, a gust of wind as I rifled through my purse for my phone.

“See you soon,” she said. Her voice was like music. A homing device. I heard dishes in the background and knew she had already started dinner. This was her routine, too.

I hung up, and Leo was gone. The librarian was gone. The halls were silent and empty, except for the hum of the vending machines tucked into the corner. I slid a crisp dollar from my wallet, fed it to the machine. The gears churned, and in the emptiness, I started imagining all the things I could not see.

I felt myself taking note of the exits, an old habit: the front double doors through the lobby, the fire exits at the end of each hall, the windows off any classroom that had been left unlocked. . . .

I shook the thought, grabbed the soda, and jogged out the double front doors, my steps echoing, my keys jangling in my purse. I kept jogging until I made it to the ring of light around my car in the nearly empty lot.

It was twilight, and there was a breeze kicking in through the mountains, and the shadows of the surrounding trees within the overhead lights looked a lot like the shadows of the black metal gates at home, when they were lit up in a thunderstorm.

I ran through the morning routine again, in reverse: check the backseat, start the engine, let it warm up. My phone in my bag, my bag beside me, nothing but gnats and mist caught in the headlights.

This was a good day. This was a normal day. A blur in a string of others, passing in typical fashion.

The reflectors on the double yellow line caught my headlights on the drive with a predictable regularity, almost hypnotic.

October came with a chill at night, and I wished I’d brought my coat. I leaned forward, turned the dial to hot, pressed the On button, and listened to the rush of air surging toward the vents as I leaned back in my seat.

A burst of heat.

A flash of light.

The world in motion.

I didn’t know the air could scream.