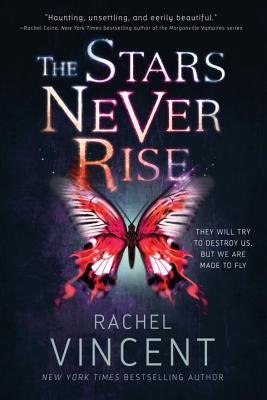 By Rachel Vincent
For fans of Cassandra Clare, Richelle Mead, and Lauren Kate comes the first book in a new 2-book series about a girl who must join forces with rogue exorcists to save her sister and, ultimately, humanity.

When sixteen-year-old Nina Kane discovers that her sister, Mellie, is keeping a secret that threatens their very existence, she’ll do anything to protect her. Because in New Temperance, sins are prosecuted as crimes by the brutal Church and its army of black-robed exorcists. And Mellie’s sin has put her in serious trouble.

To save her sister, Nina will need to trust Finn, a fugitive and rogue exorcist with deep green eyes and a penchant for hoodies. What they’ll do together might just keep them all alive, stop the Church, and change the face of the world. Holy hellfire indeed.

“Reminiscent of Margaret Atwood’s The Handmaid’s Tale . . . fans of Divergent and The Hunger Games will love the complexity of the setting and characters.” —VOYA