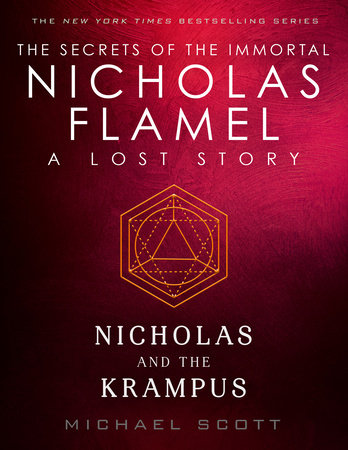 Nicholas and the Krampus

By Michael Scott
On Sale 12.01.20
Nicholas Flamel appeared in J. K. Rowling’s Harry Potter series—but did you know he really lived? And he might still be alive today! Discover the truth behind Michael Scott’s New York Times bestselling series the Secrets of the Immortal Nicholas Flamel with “Nicholas and the Krampus,” an ebook original short story.

Nicholas and Perenelle Flamel have rescued the world from destruction countless times over—but can they save Christmas as well?

It is the first Christmas after the end of World War II, and something evil is moving through New York. The ancient immortal human Sinter Klaas, better known as Kris Kringle, is being hunted by a terrifying horned creature: the goat-demon called the Krampus. When the Flamels receive a desperate call from their old friend Kris, they must devise a plan to trap the monster—and get it all done before Christmas Eve.