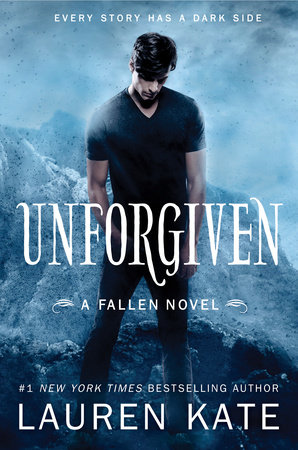 By Lauren Kate
Every story has a dark side, and this story belongs to Cam, the brooding, bad-boy dark angel FALLEN readers love.

High school can be hell.

Cam knows what it’s like to be haunted. He’s spent more time in Hell than any angel ever should. And his freshest Hell is high school, where Lilith, the girl he can’t stop loving, is serving out a punishment for his crimes.

Cam made a bet with Lucifer: he has fifteen days to convince the only girl who really matters to him to love him again. If he succeeds, Lilith will be allowed back into the world, and they can live their lives together. But if he fails . . . there’s a special place in Hell just for him. Tick-tock.

Her bedside clock flashed midnight, but her thin white curtains glowed gray with dawn. The power must be out again. She thought of the biology test awaiting her in fourth period, followed immediately by the sucky fact that last night she’d brought home her American history book by mistake. Whose idea of a cruel joke was it to assign her two textbooks with precisely the same color spine? She was going to have to wing the test and pray for a C.

She slid out of bed and stepped in something warm and soft. She drew her foot up, and the smell assaulted her.

The little blond mutt trotted into her bedroom, thinking Lilith wanted to play. Her mom called the dog a genius because of the tricks Lilith’s brother, Bruce, had taught him, but Alastor was four years old and refused to learn the only trick that mattered: being housebroken.

“This is seriously uncivilized,” she scolded the dog, and hopped on one foot into the bathroom. She turned on the shower.

Water off till 3 p.m. her mom’s note proclaimed on a sheet of loose-leaf taped to the bathroom mirror. The tree roots outside were curling through their pipes, and her mom was supposed to have money to pay the plumber this afternoon, after she got a paycheck from one of her many part-time jobs.

Lilith groped for toilet paper, hoping at least to wipe her foot clean. She found only a brown cardboard tube. Just another Tuesday. The details varied, but every day of Lilith’s life was more or less the same degree of awful.

She tore her mom’s note from the mirror and used it to wipe her foot, then dressed in black jeans and a thin black T-shirt, not looking at her reflection. She tried to remember a single shred of what her biology teacher had said might be on the test.

By the time she got downstairs, Bruce was tilting the remains of the cereal box into his mouth. Lilith knew those stale flakes were the last morsels of food in the house.

“And cereal. And everything.” Bruce was eleven and nearly as tall as Lilith, but much slighter. He was sick. He had always been sick. He was born too soon, with a heart that couldn’t keep up with his soul, Lilith’s mother liked to say. Bruce’s eyes were sunken and his skin had a bluish tint because his lungs could never get enough air. When the hills were on fire, like they were every day, he wheezed at the smallest exertion. He stayed home in bed more often than he went to school.

Lilith knew Bruce needed breakfast more than she did, but her stomach still growled in protest. Food, water, basic hygiene products--everything was scarce in the dilapidated dump they called home.

She glanced through the grimy kitchen window and saw her bus pulling away from the stop. She groaned, grabbing her guitar case and her backpack, making sure her black journal was inside.

“Later, Bruce,” she called, and took off.

Horns blared and tires squealed as Lilith sprinted across the street without looking, like she always told Bruce not to do. Despite her terrible luck, she never worried about dying. Death would mean freedom from the panicked hamster wheel of her life, and Lilith knew she wasn’t that lucky. The universe or God or something wanted to keep her miserable.

She watched the bus rumble off, and then started walking the three miles to school with her guitar case bouncing against her back. She hurried across her street, past the strip mall with the dollar store and the drive-through Chinese place that was always going in and out of business. Once she got a few blocks beyond her own gritty neighborhood, known around town as the Slump, the sidewalks smoothed out and the roads had fewer potholes. The people who stepped outside to get their papers were wearing business suits, not the ratty bathrobes Lilith’s neighbors often wore. A well-coiffed woman walking her Great Dane waved good morning, but Lilith didn’t have time for pleasantries. She ducked through the concrete pedestrian tunnel that ran beneath the highway.

Trumbull Preparatory School sat at the corner of High Meadow Road and Highway 2--which Lilith mostly associated with stressful trips to the emergency room when Bruce got really sick. Speeding down the pavement in her mother’s purple minivan, her brother wheezing faintly against her shoulder, Lilith always gazed out the window at the green signs on the side of the highway, marking the miles to other cities. Even though she hadn’t seen much--anything--outside of Crossroads, Lilith liked to imagine the great, wide world beyond it. She liked to think that someday, if she ever graduated, she’d escape to a better place.

The late bell was ringing when she emerged from the tunnel near the edge of campus. She was coughing, her eyes burning. The smoldering wildfires in the hills that encircled her town wreathed the school in smoke. The brown stucco building was ugly, and made even uglier by its papering of student-made banners. One advertised tomorrow’s basketball game, another spelled out the details for the after-school science fair meeting, but most of them featured blown-up yearbook photos of some jock named Dean who was trying to win votes for prom king.