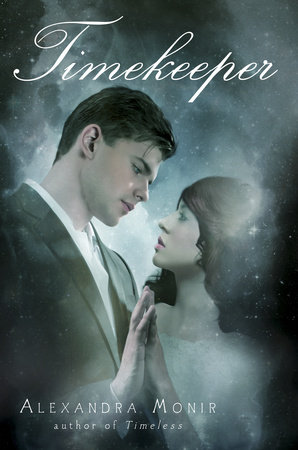 This sequel to Timeless combines breathtaking romance with a tale of complex magic in a story that will have every reader believing in the transcendent power of love.

When Philip Walker appears as a new student in Michele Windsor's high school class, she is floored. He is the love she thought she lost forever when they said goodbye during her time travels last century. Overjoyed that they can resume the relationship they had a lifetime ago, Michele eagerly approaches him and discovers the unthinkable: he doesn't remember her. In fact, he doesn't seem to remember anything about the Philip Walker of 1910.

Michele then finds her father's journals, which tell stories of his time-traveling past. As she digs deeper, she learns about his entanglement with a mysterious and powerful organization called the Time Society and his dealings with a vengeful Windsor ancestor. Michele soon finds herself at the center of a rift over 120 years in the making, one whose resolution will have life-or-death consequences.
Read more
Read less
Read Excerpt
+ Add to My Bookshelf
+ Add to Goodreads

Michele Windsor dreamt of an antique grand piano in a gilded music room. At first the piano stood alone--but moments later Philip appeared, seated behind the instrument with his fingers resting contentedly on the keys. He began a bluesy ragtime piece, his signet ring catching the light as he played with a passion that could bring chills to even the most callous of people. He seemed to be asking a question as he played, hoping to find the answer in the melody.
Michele stepped out of her shadowy corner of the room and caught Philip’s eye. His face lit up and he gave her his slow, familiar grin, changing the tune to the song he always played for her, Schubert’s Serenade. Michele sat beside him, and after finishing the song, he raised her hand to his lips.
“Didn’t I tell you I would find you again?” he whispered.
Michele smiled and tilted her face toward his, tingling in anticipation of his kiss. In this moment, he was all that existed.
Philip.

After diagnosing Michele with “exhaustion,” the nurse insisted she rest for the remaining hour of class. While any other student would have been thrilled at the invitation to skip U.S. history, Michele could barely sit still with the knowledge that she and Philip were somehow in the same twenty-first-century building. But under the nurse’s watchful gaze, Michele had no choice other than to lie on the cot in the sterile starkness of the Berkshire High School infirmary, waiting for the hour to pass. She closed her eyes and the images and sensations of the past two months flooded her mind so vividly, it was as though she were reliving those days all over again. She felt the familiar pang of longing for her mom. There was so much she wished to tell her--if only she could find a way to bend the rules and save her.
It was still impossible for Michele to fathom how life could be forever, irrevocably altered in just twenty seconds. That was how long it had taken for another driver’s car to kill her mother, and in those twenty seconds, Michele’s former identity as a carefree California girl died with her. Marion Windsor had been more than just a mom--she was Michele’s best friend. Though Michele had wished death would come for her too, and bring her back to her mom, it turned out that she was destined to travel even farther.