By Christopher Paolini On Tour
A new adventure hatches in the first book of the Inheritance Cycle, perfect for fans of Lord of the Rings! This New York Times bestselling series has sold over 35 million copies and is an international fantasy sensation.

When fifteen-year-old Eragon finds a polished blue stone in the forest, he thinks it is the lucky discovery of a poor farm boy. But when the stone brings a dragon hatchling, Eragon soon realizes he has stumbled upon a legacy nearly as old as the Empire itself.

Overnight his simple life is shattered, and, gifted with only an ancient sword, a loyal dragon, and sage advice from an old storyteller, Eragon is soon swept into a dangerous tapestry of magic, glory, and power. Now his choices could save—or destroy—the Empire.

Features interlocking art that reveals an image across the spines of all four books! And don’t miss the most recent book set in Eragon's world, The Fork, the Witch, and the Worm: Tales from Alagaësia!

"Christopher Paolini is a true rarity." --The Washington Post

Astro Books: What to Read Based on Your Sign 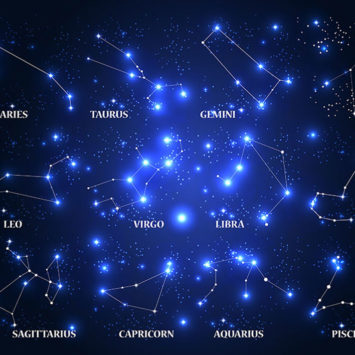 By Christopher Paolini
Eragon knelt in a bed of trampled reed grass and scanned the tracks with a practiced eye. The prints told him that the deer had been in the meadow only a half-hour before. Soon they would bed down. His target, a small doe with a pronounced limp in her left forefoot, was still with the herd. He was amazed she had made it so far without a wolf or bear catching her.

The sky was clear and dark, and a slight breeze stirred the air. A silvery cloud drifted over the mountains that surrounded him, its edges glowing with ruddy light cast from the harvest moon cradled between two peaks. Streams flowed down the mountains from stolid glaciers and glistening snowpacks. A brooding mist crept along the valley’s floor, almost thick enough to obscure his feet.

Eragon was fifteen, less than a year from manhood. Dark eyebrows rested above his intense brown eyes. His clothes were worn from work. A hunting knife with a bone handle was sheathed at his belt, and a buckskin tube protected his yew bow from the mist. He carried a wood-frame pack.

The deer had led him deep into the Spine, a range of untamed mountains that extended up and down the land of Alagaësia. Strange tales and men often came from those mountains, usually boding ill. Despite that, Eragon did not fear the Spine–he was the only hunter near Carvahall who dared track game deep into its craggy recesses.

It was the third night of the hunt, and his food was half gone. If he did not fell the doe, he would be forced to return home empty- handed. His family needed the meat for the rapidly approaching winter and could not afford to buy it in Carvahall.

Eragon stood with quiet assurance in the dusky moonlight, then strode into the forest toward a glen where he was sure the deer would rest. The trees blocked the sky from view and cast feathery shadows on the ground. He looked at the tracks only occasionally; he knew the way.

At the glen, he strung his bow with a sure touch, then drew three arrows and nocked one, holding the others in his left hand. The moonlight revealed twenty or so motionless lumps where the deer lay in the grass. The doe he wanted was at the edge of the herd, her left foreleg stretched out awkwardly.

Eragon slowly crept closer, keeping the bow ready. All his work of the past three days had led to this moment. He took a last steadying breath and–an explosion shattered the night.

The herd bolted. Eragon lunged forward, racing through the grass as a fiery wind surged past his cheek. He slid to a stop and loosed an arrow at the bounding doe. It missed by a finger’s breadth and hissed into darkness. He cursed and spun around, instinctively nocking another arrow.

Behind him, where the deer had been, smoldered a large circle of grass and trees. Many of the pines stood bare of their needles. The grass outside the charring was flattened. A wisp of smoke curled in the air, carrying a burnt smell. In the center of the blast radius lay a polished blue stone. Mist snaked across the scorched area and swirled insubstantial tendrils over the stone.

Eragon watched for danger for several long minutes, but the only thing that moved was the mist. Cautiously, he released the tension from his bow and moved forward. Moonlight cast him in pale
shadow as he stopped before the stone. He nudged it with an arrow, then jumped back. Nothing happened, so he warily picked it up.

Nature had never polished a stone as smooth as this one. Its flawless surface was dark blue, except for thin veins of white that spiderwebbed across it. The stone was cool and frictionless under his fingers, like hardened silk. Oval and about a foot long, it weighed several pounds, though it felt lighter than it should have.

Eragon found the stone both beautiful and frightening. Where did it come from? Does it have a purpose? Then a more disturbing thought came to him: Was it sent here by accident, or am I meant to have it? If he had learned anything from the old stories, it was to treat magic, and those who used it, with great caution.

But what should I do with the stone? It would be tiresome to carry, and there was a chance it was dangerous. It might be better to leave it behind. A flicker of indecision ran through him, and he almost dropped it, but something stayed his hand. At the very least, it might pay for some food, he decided with a shrug, tucking the stone into his pack.

The glen was too exposed to make a safe camp, so he slipped back into the forest and spread his bedroll beneath the upturned roots of a fallen tree. After a cold dinner of bread and cheese, he wrapped himself in blankets and fell asleep, pondering what had occurred.