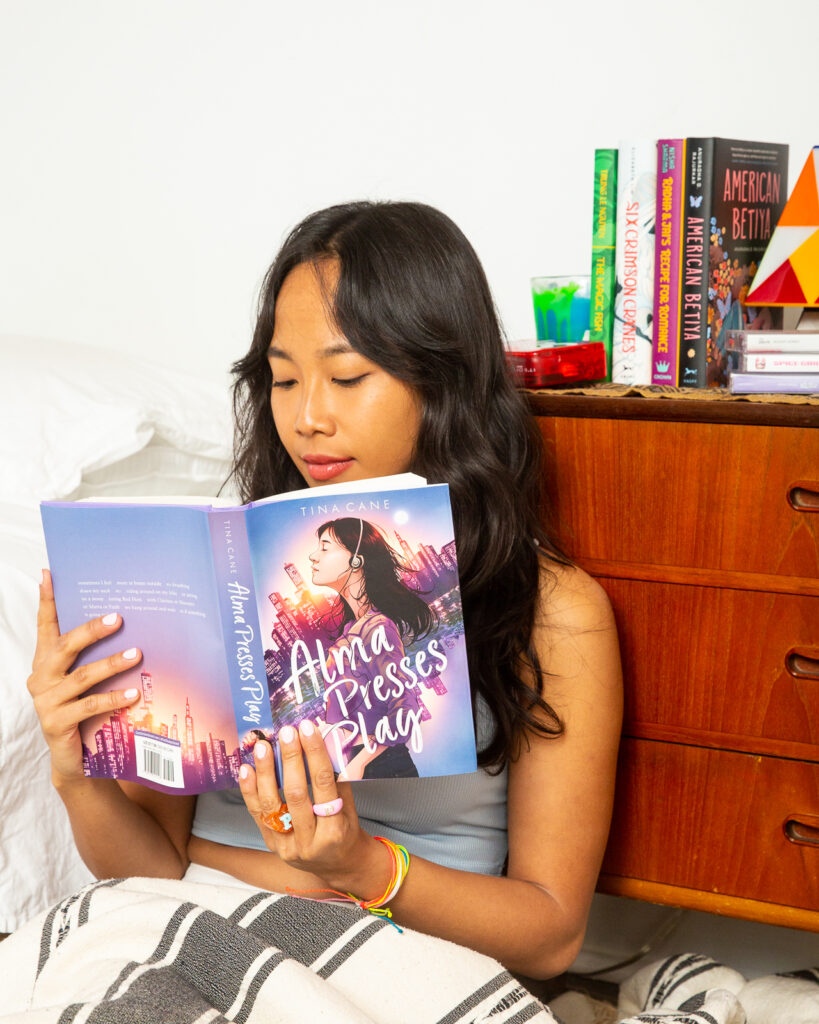 If you’re looking for other book club articles, check out 10 Easy Steps to Hosting a Virtual Book Club and don’t forget to tag @getunderlined whenever your book club meets!

Tina Cane grew up in downtown New York City during the ’70s and ’80s, surrounded by artists and writers and musicians, and she draws much of her creative inspiration from that era. The founder and director of Writers-in-the-Schools, RI, Tina also currently serves as the poet laureate of Rhode Island, where she lives with her husband and three children, who are also a major source of inspiration.

A lyrical novel-in-verse that takes us through the journey of coming of age in New York during the 80s.

Alma's life is a series of halfways: She's half-Chinese, half-Jewish; her parents spend half the time fighting, and the other half silent; and she's halfway through becoming a woman. But as long as she can listen to her Walkman, han...

Educators’ guide written by Erica Kanesaka a Postdoctoral Fellow at the Pembroke Center for Teaching and Research on Women at Brown University. She specializes in Asian American studies and childhood studies.

Did you enjoy this Alma Press Play book club guide? Check out other book nerd articles here, and get social with us at @getunderlined!

Get the most out of New York Times bestseller A Good Girl's Guide to Murder by Holly Jackson with this book club guide!

Your Guide to the Ultimate YA Summer Book Club

Check out our top picks to create your own exhilarating, romantic, and suspenseful summer book club!

Kathleen Glasgow’s debut is heartbreakingly real and unflinchingly honest. It’s story you won’t be able to look away from.